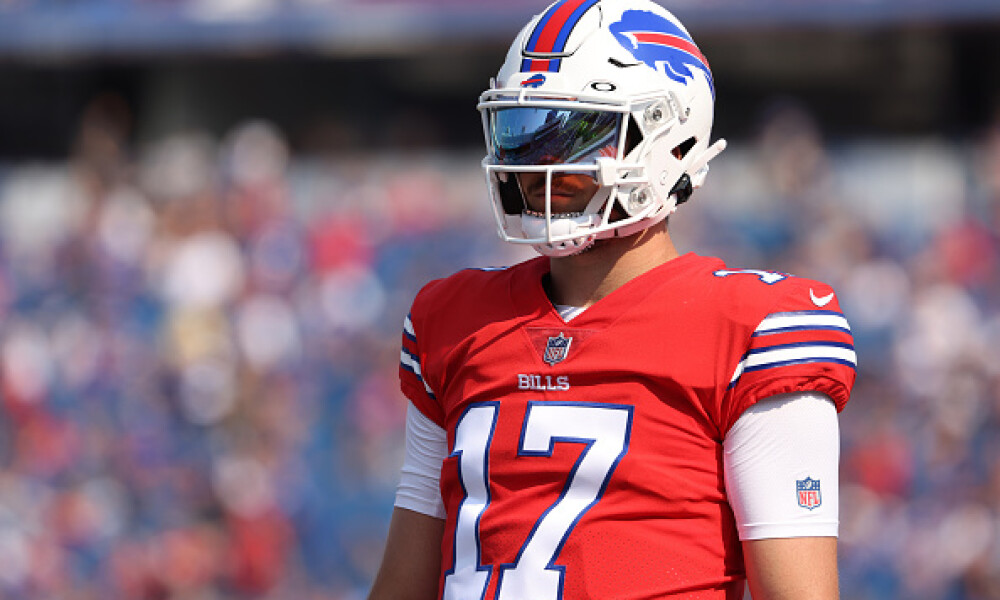 It took 25 years, and the better part of my life, but the Buffalo Bills have finally amassed a team not only comparable, but arguably even better, than the beloved team that circled the wagons in the 1990s to four consecutive and unfortunate Super Bowl losses.

Josh Allen got a sample of the postseason in his 2nd year at the helm, losing the 2019 Wild Card round in overtime to Houston in a classic Buffalo-esque fashion. Allen called the loss “heartbreaking.” So what does Buffalo do? They go and get him a major upgrade at Wide Receiver in Stefon Diggs. An immediate rapport is created between the two as Diggs goes on to lead the league in Receptions (127) and Receiving Yards (1,535) in 2020. Allen has a breakout year as well with 4,544 passing yards, 37 TDs, 421 rushing yards, 8 rushing TDs, and a 69.2% completion accuracy (a 10.4% increase from 2019), and it gets him to the AFC Championship. Unfortunately again, it ends in a typical Buffalo-esque fashion…

One step closer. The Bills got one step closer to the Super Bowl, and the pieces of 2020 have remained for 2021. The offensive line is healthy, and they used the Draft wisely to add depth at Left Tackle with the 6’8” Spencer Brown. Cole Beasley is and will be a risk with his loud and clear refusal to get the COVID vaccine. However, he has so far remained healthy throughout camp, able to practice regularly, and making great plays on the field. He went for 967 yards on 82 passes and was targeted 107 times in 2020. Beasley’s current ADP is 158.17.

A Wide Receiver to keep an eye on though is Gabriel Davis, who will be entering his second season coming off a 35/559/7 rookie campaign. Those seven touchdowns by the way match Justin Jefferson’s seven touchdown rookie season. His target share is clearly behind Diggs and Beasley, and Emmanuel Sanders was added this off season as well. However, in the final five games of 2020, Davis went 13/245/3 on 27 targets. He played a total of 754 snaps, ranking 35th at the position, as Buffalo ranked first in three-plus Wide Receiver sets (94%). His usage should continue to increase in 2021 and have a nice return on investment with his 190.61 ADP.

Ok, I’ll come back to Earth a little bit now. The backfield does worry me. Zack Moss ended his rookie season last year with an ankle injury in the playoffs that required surgery, and began his sophomore campaign with a hamstring injury, missing the preseason opener. He has since returned to full practice in camp and will look to improve on his 4.3 average YPC and four touchdown rookie season. Devin Singletary is entering his third year with a career average of 4.8 YPC and only four rushing touchdowns. In 2020, he had a 4.4 YPC, so only marginally different from Moss. He did play 16 games, whereas Moss played only 13. Let’s face it though, when there has been a quarterback that has had designed runs and vultures touchdowns at the goal line, of course the backfield will suffer. There’s more of a caveat now though, and the backfield usage should only increase this year and moving forward. The Bills just inked Allen to a six year, $258 million contract with $150 million guaranteed, which does not even go into effect until after the 2022 season. Their investment in the offensive line depth, and their replacement of John Brown with Emmanuel Sanders, would lead one to believe that the team wants to (as they should) dial back on designed runs for Allen in order to protect and preserve his much needed longevity. Not only are Moss and Singletary’s 2020 YPC marginally different, Singletary averaged 7.1 yards per reception to Moss’ 6.8 yards per reception. As of this writing, Singletary is listed on the depth chart as the starter. That being said, Moss and Singletary’s ADPs are 100.39 and 129.10 respectively.

A true dart throw in fantasy drafts would be the Tight End Dawson Knox. He could have a nice return on investment however, depending on how long you are willing to punt at the position in your drafts. In the last five games of 2020, he was targeted 27 times which he turned into a 15/177/2 stat line. In the AFC Championship game, he was targeted eight times and had six receptions for 42 yards and a touchdown. Knox is entering his third year, and his ADP is 263.81.

There is so much to be excited for with this team and I absolutely love it. This offense is structured to be very high powered. Brian Daboll returned as the Offensive Coordinator. I am anticipating a strong 12-5, maybe even 13-4, season that will win them the AFC East for a second consecutive year. The Bills are circling the wagons yet again.