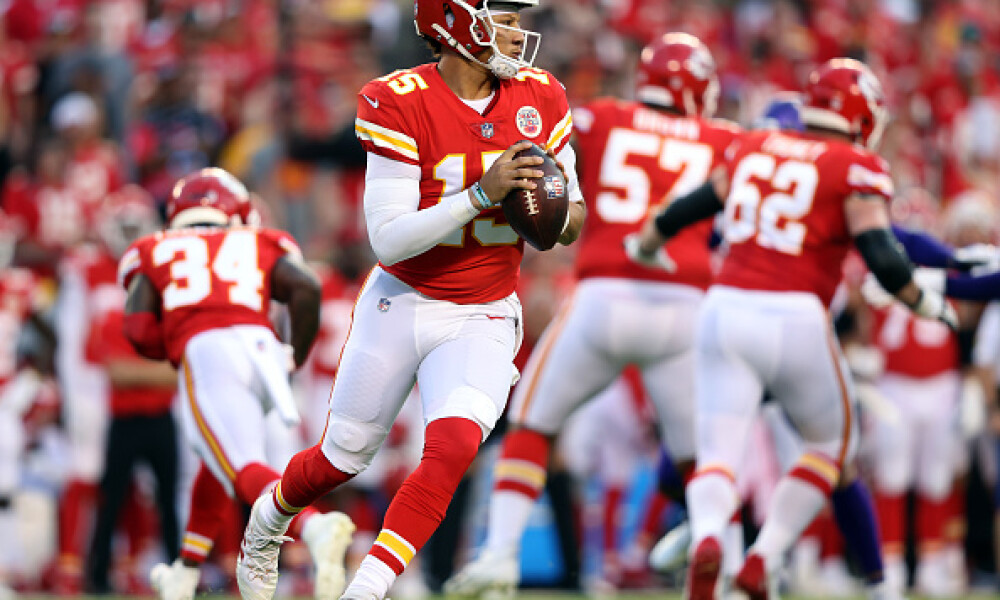 What is a smart investment in fantasy football? A smart investment would be one in which you can have the absolute most control over the way your team is constructed. Being slotted in a specific stationary spot in a fantasy football snake draft allows you only so much control. Even in a 10-team snake draft for a re-draft league, you’re not getting Christian McCaffrey and Saquon Barkley no matter where you’re slotted in the draft order. What if I told you there’s a way to acquire both McCaffrey and Barkley on the same fantasy football re-draft team? There is! A Fantasy Football Auction Draft!

In an auction draft, each team gets a fake budget of money to bid on players to try to acquire them for their own fantasy teams. A lot of leagues have a $200 budget per team. The snake draft back and forth format is replaced with a nomination order that goes from top to bottom each round. The player whose turn it is to nominate normally gets 20-30 seconds to nominate a player and once the bidding begins, a running clock starts which determines how long the player is up for nomination for. Once the clock is inside 10 seconds, every raised bid will add more time that the player stays on the table. Once the clock hits zero, the highest bidder gets the player. Everyone must show up on time when the auction begins because unlike auto-drafting in snake drafts and pre-ranking players, it doesn’t work on casual game-play websites as much and the player not there will auto-bid as much as it takes to acquire the first few players put up for nomination until their budget is maxed out. It sucks and ruins the auction!

There’s a lot of strategy behind fantasy football auctions from the player nomination process, to getting others to spend their money and protecting your own team so you still have enough depth when all is said and done. The auction continues until every team has filled their roster all the way down the bench. If you want Barkley and McCaffrey on your team, go after them! Top players could cost $60-$70 dollars each which is a huge chunk of a $200 budget, but, you’ll notice that a lot of players go for under $10 dollars that would otherwise be drafted in the middle to later rounds of snake drafts. Auctions give you more control over your team’s destiny. Yes, it takes more focus and more time to complete than snake drafts, but if you have the ability to fight for certain players that are brought up consecutively if they are both on your draft-target list, why not protect your investment and get the players you truly want? You only have so much wiggle room to maneuver when it comes to snake drafts.

As said in Spiderman, “With great power, comes great responsibility”, and while fantasy football auctions give you the power to go after who you want, you have to keep yourself in check. It’s easy to want to keep spending and feed into the emotions and pressure during these drafts. With help from our draft guide combined with your general player interest, make a list of 15-20 to players and put the amount of money you would be willing to spend on each player. Make your own valuations for each player and on cornerstone players that you want to spend big on, add a plus-$5 valuation on the player. Spend on who you want! Have players listed who would be drafted in different parts of a snake draft and you can check Fantasy Alarm’s ADP here on the site to help you compile your list.

Don’t be afraid to spend big on a couple of players early because you’ll make up for it later in “dollar days.” After a lot of players normally drafted in the first and second rounds of snake drafts are off the board, you’ll notice the prices of players will drop very quickly. You’ll only have to pay $1-3 for certain team’s second-prioritized wide receiver late in the auction. Having the list of players in front of you will encourage you to spend and not get wiped out even during high-bidding wars and it will keep you from pressure-spending (spending out of fear). Seeing the list of players will serve as a reminder that you have players you want who you won’t need to spend much on later on. If you miss on your early targets, don’t panic, because other players you want are still out there.

When it comes to nominating players, in recent years, I’ve noticed that in my casual fantasy football leagues, there is hesitation on spending right away because the thought runs through the mind’s of many that there is a ton of great talent on the board yet to be bid on, why spend from the outstretch and just wait until money is off the board? Don’t hesitate early if one of your major draft targets is nominated right away. Get the player, because other top targets disappear quickly. To get your opponents to spend early, nominate bigger-named players who you don’t want to bid on. If you are one who wants to budget $8 total for their Tight End position, nominate Travis Kelce in the 1st round of bidding to get the spending going. Someone will spend at least $30 on him.

Nominate players you don’t want for the first half of the draft and then when the money is flowing, nominate one of your mid-range players and go after him. Changing up the strategy a bit mid-way through will throw your opponents off who are looking for bidding patterns and teams needs you may have. These drafts involve a lot of psychology when it comes to getting money off the table. The only time to nominate a player you want early is if you have the very first player nomination. The hesitation spending that often occurs at the start of the auction draft could work to your benefit. If you have that first nomination, throw out a player on your target list. The hesitation of others could save you a few dollars and then once the rest of the league see’s the minor discount you got on a bigger-named players, the aggressiveness will rise quickly when it comes to spending.

When it comes to bidding wars on players in a one-on-one situation (there are only two teams still in on the bidding for a player up for nomination), if a price of a player keeps increasing by $1, change it up and raise the bid by $2 because it will throw off your opponent and likely get them to hesitate on raising the bid further. Your opponent is in a pattern mentally as the bidding is ongoing and raising the bid by a different amount takes your opponent out of rhythm. Another way to take advantage of bidding against your league mates is by focusing on the “9’s” of a number. I’ve seen players hesitate to raise the bid to the next decade of numbers. It looks daunting on paper and to take advantage of this, as the bidding is going up, $24-25-26, raise it to $29 and there could be a pause from the opposing bidder and you can end up with that player as time expires on the nomination. With a lot of moving pieces and quick reactions happening during the auction, every dollar raised seems like a huge deal and seeing on a screen “$29” vs. “$30” means a world of difference from the naked eye’s perspective during this pressure situation. Once the new decade of numbers begins during a bid, you may see the pace of the bidding pick back up, but always around the “9’s” is normally a thresh-hold limit number for bidders and you should try to snipe that number each decade if you want the player on the board.

In fantasy sports auctions, you’ll often hear the phrase, “having the hammer”. What this represents is having the most money on the table to the point where a tier will be reached and that player with all the money will “drop the hammer” and start spending on everyone mid-way through the auction. Don’t let that be your strategy going in. The strategy of not spending just to not spend in fantasy football is wrong. In fantasy baseball, there are a lot more players and positions in which having more money mid-way through the auction would be beneficial. In fantasy football, you only have so much room to hesitate. I made that mistake before, thinking I was being smarter than everyone else and nobody in the auction room knows who I truly want and when I’ll strike with my full budget. It doesn’t mean anything! When I tried that, I ended up with horrible running back and an unbalanced team. Don’t “have the hammer” just to have it because with fantasy football having only four positions that are being hammered with high-dollar bids, by the time an hour of bidding passes by and you’re ready to “drop the hammer”, the running back position could be depleted you’re left with weaker options. Having your list of players and dollar values in front of you will remind you to go after the players you want. You have to spend at certain times and make sure you spend your whole budget because if you don’t use it, you’ll lose it and there’s no merit being the team who left $12 on the table.

For late auction player targets that will range from $1-$4, make sure you keep a strong max bid even in dollar days so that when you want a player in that range, rather than throwing the player out for $1, you can start at $2 to scare off other bidders in the same budget range as you. Most kickers and team defenses go for $1. A top defense could be a good first or second round nomination because if your league mates don’t spend, you’ll get a top defense for $1 and if they do, you could get $5 off the table early. Every dollar counts. Finally if you want to be an auction bully and bid up league mates just to bid them up, pace is everything and as the pace slows, drastically it should be a warning sign that if you’re too greedy, you might be caught holding the bag spending on a player you don’t want. Don’t be reckless!