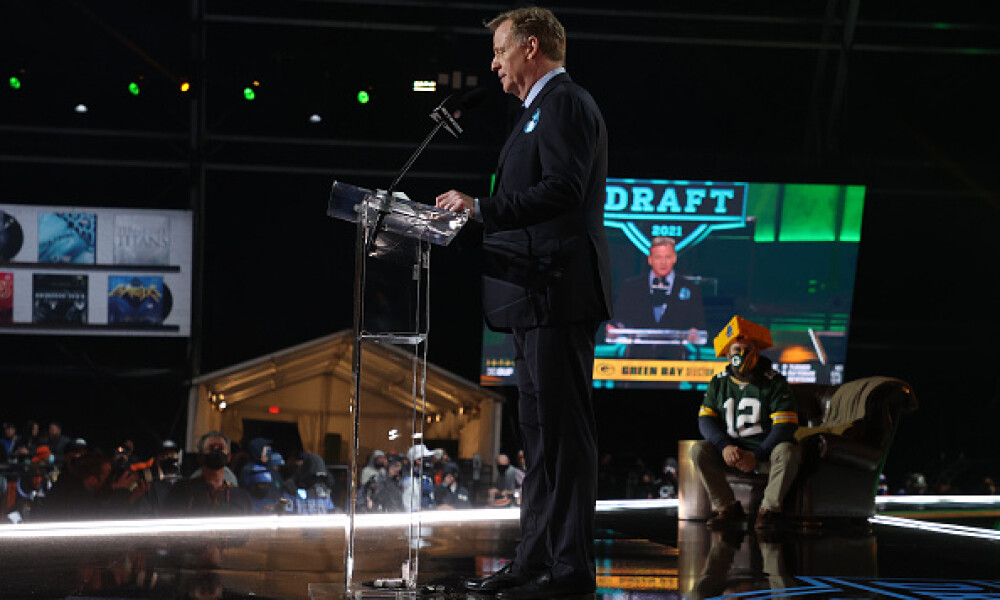 We’ve covered a lot here in the first two installments of this Dynasty Fantasy Football series, from choosing the right dynasty league format to taking over an orphaned team in an already-running dynasty league. Going through particular facets of a dynasty format like league settings, roster settings, start-up drafts, rookie drafts, and taking inventory of a roster in the previous two articles, we’ll now dive into one crucial aspect of dynasty leagues: trading and acquiring draft picks.

Before getting into the actual business of trading, it’s essential to align ourselves with some time windows that will make it much easier to put a specific value on the draft picks you currently have or will be acquiring.

If you’re looking to acquire rookie draft picks, well, that time is not now. The best time to acquire these picks is during the NFL season when opposing managers understand that those picks not scoring any points and lack current, defined value for a dynasty manager at that time. Those rookie draft picks are essentially free trade assets to some looking to win a dynasty championship. Trading the draft picks to acquire players that can help now can help you gain an edge on other managers for championship contention and fast-track a dynasty roster rebuild. Buy low.

The value of rookie draft picks does fluctuate wildly at specific times of the year, with the time between the NFL season ending in mid-February and your rookie draft is one of the most significant windows as far as the SELLING draft picks. Chances are, there are some big-time college football fans in your dynasty league, and for the most part, they’ll be wanting to add the likes of Breece Hall, Treylon Burks, Garrett Wilson, Drake London, and other high-upside dynasty fantasy league talents to their rosters for 2022. We call that “rookie fever,” and you can capitalize on that by selling your picks for players that can help you right now. Sell high.

Each draft class is different.

Not all draft classes are created equal. As players either graduate or juniors and sophomores declare for the NFL Draft, the strength of a particular draft class begins to take shape with different strengths and weaknesses.

We look at famous classes like the 2014 wide receiver class that included stalwarts like Davante Adams, Odell Beckham Jr., and Mike Evans. If you weren’t a wide receiver in 2014, you were likely having a bad time, with dynasty fantasy busts like Bishop Sankey, Johnny Manziel, Terrance West littering the first round of rookie drafts.

Recency bias aside, the 2021 rookie class may approach this class in terms of star power with Ja’Marr Chase, Jaylen Waddle, Elijah Moore, Amon-Ra St. Brown, and DeVonta Smith asserting themselves, plus Kyle Pitts, who is a wide receiver masquerading as a tight end.

The 2022 rookie class is seemingly a great class for wide receivers, a balanced tight end group, and some potential elite running backs.

So, what is the actual value of these things anyway? The current season’s rookie draft picks are always the most valuable. I typically take a step-down approach to the next season’s picks. What does that mean?

Taking into account having a full complement of draft picks for 2022, 2023, and 2024, I would value certain rookie draft picks the following way:

What about trading rookie draft picks for specific players?

Don’t be afraid of embracing variance and making stands on players.

This one will take some research, player knowledge, and prediction. This tends to go out the window due to variance and sheer luck. The NFL is chaotic. It’s a week-to-week league that thrives on chaos, and Week 2 is a different animal than Week 1. Need more proof? Of the running backs in Week 1 of 2021 that finished in the top-12 of PPR that week, only one of them repeated as a top-12 running back in Week 2 - that being Christian McCaffrey. That’s just one example of how topsy-turvy the NFL can be.

So what does this all mean for dynasty fantasy football?

The best-laid plans of mice and men often go awry. It’s a quote from Robert Burns that means no matter how carefully something is planned, something can still go wrong.

Variance happens. It can win you a week convincingly or sink you. Dynasty fantasy football is not without risk. Like in typical redraft leagues, if you feel like the market is inefficient towards a particular player because you think he should be valued more, those are the players to go after and target in trades. Buy low and sell high return as a guiding principle here as well. Trading windows open and close all the time due to roster transactions, injuries, suspensions, and other events.

Here are some scenarios to ponder:

What about acquiring rookie draft picks?

That endeavor is much easier than trading them because of a specific instance: selling off your team to rebuild. If your team just stinks, you can unload your roster piece by piece (or pieces) for rookie draft picks to get either an infusion of young talent through the rookie draft or pooling picks together for a player you want. This is much easier to do during the season than in the offseason. Perhaps you can use the draft picks you already have to trade for a group of picks after selling off pieces of your team. There’s no wrong way to acquire picks, as having more choices will only help rebuild your team that much faster.

If you have some young pieces but are hit by the variance bug and are having a terrible season, trade some veterans to contending teams for draft picks. That’s a practical approach to acquiring draft picks. You’re thinking in the long-term while contending dynasty managers are not. That’s an advantageous position to be in.

The name of the game in a dynasty is to have fun, but you want to make your team better, which is not rocket science. The things I’ve listed here aren’t hard and fast rules. At some point, you’ll probably go against every single one of the things I put in here if you play dynasty long enough. You won’t win every trade you make, the takes you have won’t always be correct, and the stand you take on a player could just as well be completely off. It happens. That’s variance. Success for your dynasty fantasy football team comes down to being right more often than wrong, and with some of these tenets and strategies, that will take you on the path towards being right more often than wrong.