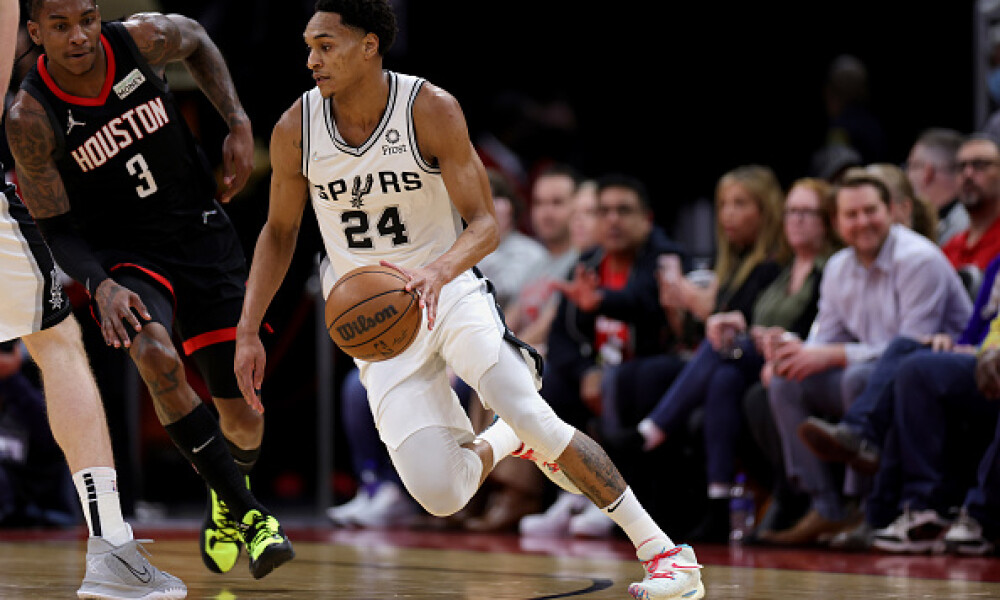 Six games on tonight's NBA DFS main slate and plenty of news already coming out so far today when it comes to player availability with the Spurs ruling out Dejounte Murray, Jakob Poeltl and Keldon Johnson after their double-OT matchup against the Wizards on Friday. Their absences will create some nice value today though the matchup is going to be tough as they run up against the Miami Heat.  San Antonio is not the only team missing starters today so let's dive into today's top value plays of the slate.

Vassell played 42 minutes last night but he is not one of the players ruled out for the Spurs today which leads me to believe that he is good to go and unlikely to face and limitations on playing time. Vassell finished with 32fantasy points last night which would be 6x return on his price tag today.

Much like Vassell, Walker is not ruled out after playing 35 minutes off the bench last night against the Wizards. Walker went for 29 fantasy points and should be in line for a bigger role in the offense tonight even in a tougher matchup.

Still no John Collins so we should see 30+ minutes out of Gallinari tonight. We saw him play 35 minutes against the Bulls and finish with 26 points and nine rebounds. The Raptors played last night got blown out by the Hornets.

Let's run it back with Morris here who we touted in the DFS Playbook the other night in this very matchup and he returned 6x value. They only moved his price $100 on DK and I have no problem running right back to the well here in this great matchup against the Kings. Morris is averaging 28 FP in two games against Sacramento this season.

Clarke may come off the bench, but he has given us at least 20 FP in every game during the month of February and over the last six games he is averaging over 30 fantasy points while having only seen more than 25 minutes just twice during that stretch. The Bulls have struggled with opposing front courts this season and Clarke looks poised to have another solid game off the bench today.

Yup, another Spurs player, Jones could very well start at point guard tonight and at min-price is going to be a popular play on tonight's slate if that ends up being the case. He played just 15 minutes last night so he is plenty rested.

With Caris LeVert, Darius Garland and Rajon Rondo ruled out we have to figure that Goodwin will start here and play a decent chunk of minutes as the point guard. We just saw Washington play a double-OT game last night so they are likely on tired legs here as they are on the road after playing at home last night.