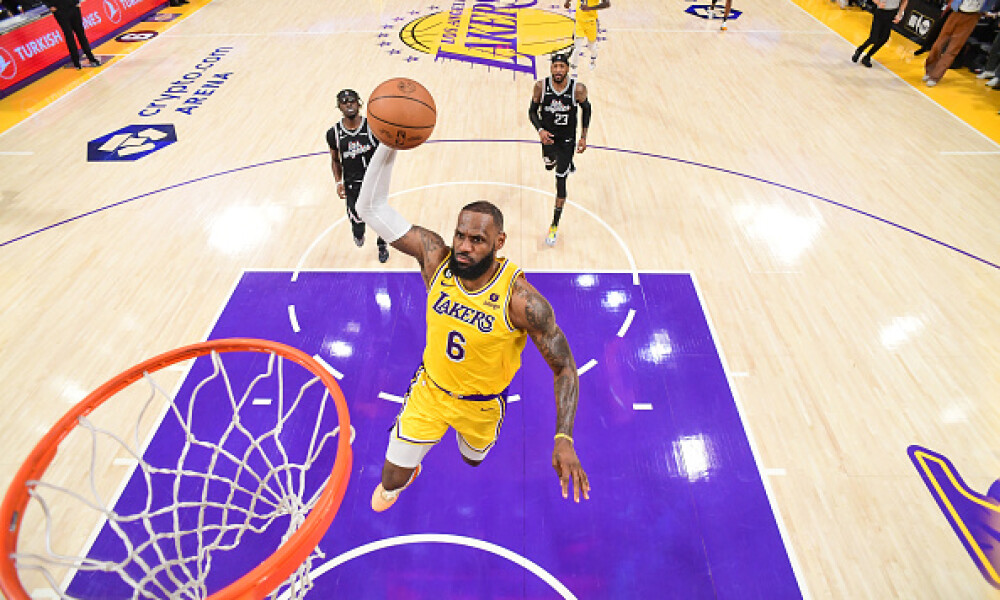 The Los Angeles Lakers take the court tonight for the second straight night on Wednesday and that means we will have to pay even closer attention to LeBron James status as his ankle injury continues to keep the superstar on the injury report. Facing the Spurs should be a favorable matchup for the Lakers as we look to close out the night on a high note with Wednesday’s NBA DFS Showdown Slate. Now, let us take a look at some options to consider for your lineups.

The only concern here is whether or not the Lakers, well really James, decide to do as far as resting his ankle tonight after playing on Tuesday. To this point, his ankle has not slowed him down in the least as James continues to perform at a high-level averaging 29.8 points, 8.5 rebounds, and 6.9 assists per game this season. It is also hard to imagine James will not find success against the Spurs and the good news is that he has played in other back-to-back games this season.

Westbrook has been performing at a high level as a strong number two option to James offensively, especially as of late, and for that reason I’m willing to overlook his disastrous shooting performance on Sunday. The guard made just three of 13 shots against Portland and it is a favorable matchup for Westbrook against the Spurs tonight.

Johnson continues to be main offensive option for the Spurs, and there is plenty room for upside here. In his last four games, the forward is averaging 24.8 points per game, but it is lack of upside in any other category that could potentially hold him back although offense shouldn’t be a problem in tonight’s matchup.

It has been about five weeks since Davis took the court, and when we last saw him, he certainly was performing at an elite level. The issue for tonight is that he is still priced based on that performance but he is only expected to play between 20 and 24 minutes as he is eased back into action. This clearly limits his upside and we can’t immediately go back to putting him in our lineups, but depending on the lineup structure you go with tonight in a GPP, he could make sense as it is still possible he finishes with one of the top DFS point totals on the slate.

Jones has taken on a larger role offensively with Vassell sidelined, and that should continue tonight. The point guard though is looking to rebound for scoring just eight points in 24 minutes of action against Portland on Monday although he did finish with seven assists as well. Seeing the increased scoring from Jones has been a welcome development as it has not impacted his role as a playmaker either.

It is a theme tonight that essentially any matchup on both sides of the ball is favorable, but Poeltl should bounce back tonight after dealing with foul trouble on Monday. Poeltl only made it through 16 minutes of action thanks to five fouls, although he still managed to finish with 14 points and seven rebounds.

Bryant had been having success since making his season debut but he did appear to hit a speed bump recently. In three games, Bryant scored a combined 22 points before bouncing back in a large way on Sunday against Portland. Bryant simply went nuts with 31 points and 14 rebounds, and he then followed that up with a solid 15 points and seven rebounds last night. Tonight should see Bryant finishing somewhere between the two outcomes.

The rookie has been doing a good job of making his presence felt while also stepping up with Vassell sidelined. Opportunities are there for the taking in San Antonio, and Sochan is proving to be up to the task. In his last four games, Sochan is averaging a strong 16 points, six rebounds, and 2.5 assists per game.

It remains to be seen what Hachimura’s role will be in Los Angeles, and how much they trust him at first, but there is not reason not to expect him to just jump right in. The opportunity is there as far as playing time and offensive volume, and prior to his trade from Washington, Hachimura was really finding his groove offensively and averaged 15.3 points in his last three games.

Branham has found a solid groove coming off the bench for San Antonio averaging in that 18 to 25 minute range on most nights. He has shown the ability to knock down a few shots and hand out a few assists, and depending on the game flow tonight, it could be a double-digit scoring game for Branham.

The forward has hit double figures in three of his last five games and he is coming off a 13 point effort against Portland on Monday in what has been a solid season for the veteran forward. We should expect more of the same tonight.