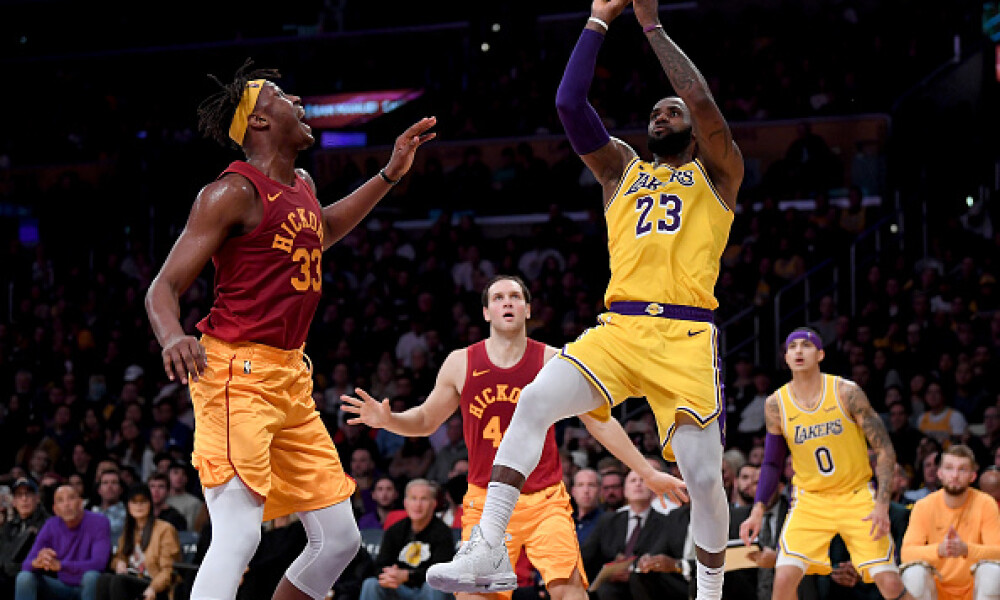 For tonight's NBA Showdown we have the surprise Indiana Pacers traveling to Los Angeles to take on the Lakers who have all of a sudden won five of their last six games. This game features two teams in the top five in the pace of play this season, which means points should come fast and furious and that is evident with the over/under being set at 237.5 which is the highest on the slate. Now, let's break down some players you will want to play in this showdown slate.

LeBron James is back on the court and looking like his old self again. He came back Friday and put up a 21/8/5 line which is solid, but he had nine turnovers which hindered his fantasy production a bit. Anthony Davis sat out the next game on Saturday and Lebron went crazy. Bron went 39/11/3 including 7-12 from behind the three-point line for 64 fantasy points. Davis is questionable heading into tonight, even if he plays, Lebron is the best captain option.

Man, it really seems like right now that the only thing that can slow down Anthony Davis is his health. Before sitting out with a calf injury Saturday night Davis was on a tear. He was averaging 32/17 to go along with three blocks for 69 fantasy points, just a huge number. Davis is coming into this one questionable with that calf injury so it is something to monitor. The matchup isn't great for him anyway against Turner who could cause some issues with his length. But if Davis is playing you have an argument to make that he could be your captain tonight.

Tyrese Haliburton is one of my favorite players to watch in the entire NBA. He is just so smart, and that shot of his that is ugly just seems to always go in. Over his past six games, he is averaging 17 points and 12 assists for 47.5 fantasy points. He has a great matchup in this one and there is no Patrick Beverley for the Lakers either, which makes it better. No reason to not believe that Haliburton won't keep doing what he is doing.

Westbrook has cooled off his last two games since Lebron has come back into the lineup which is something to be expected. But this matchup is such a good one, he is hard to pass up. This game is going to be played in transition for the most part and that is where Westbrook excels even at his age. I expect Westbrook to get back on track in this one, for fantasy purposes at least.

Myles Turner had his worst game of the season for fantasy purposes in his last game . He only played 20 minutes, as he got into some foul trouble and finished with just 14.25 fantasy points. Ok, well you can toss that out because other than that game, he has been outstanding. Turner had scored at least 25 fantasy points in 10 straight games before that. That game was the outlier, and you should play Turner tonight, especially if Davis out once again.

Benedict Mathurin is an awesome rookie who really intrigues me in this matchup. He is another guy who excels in transition and as we talked about earlier, this game is going to be played fast as both teams are in the top 5 in pace this season. Before scoring just nine points in his last game, Mathurin had scored over 20 points in his three games prior. That gives me the confidence to plug him into lineups tonight in a great matchup.

People kind of chuckled when the Lakers signed Lonnie Walker this offseason because he can't shoot and the Lakers need shooting. Well, in my opinion, Walker is the Lakers third-best player averaging 17 points per game. and 27% from behind the arc. He has also been shooting 40% from three-point range over his past five games. Let's ride the hot hand tonight and get Walker in your lineup.

I guess I am just an Austin Reaves fanboy because I am always writing about him, but he is just so solid. But with Lebron back he has taken a step back a bit in the offense but he is still giving you decent numbers at his price. He has scored at least 19 fantasy points in eight straight games. With his price still, sub 5K on DraftKings, he is a great money-saving option.

McConnell is back to being a pest for this Indiana Pacers squad. Over his last six games he is averaging 20 minutes per game, and averaging 23 fantasy points posting a line of 9/5/2. He is a guy who can create transition offense with his defense in this one. McConnell could potentially have a huge night as he did against Orlando four games ago when he had 47 fantasy points. I love him at $4,400 in this one.