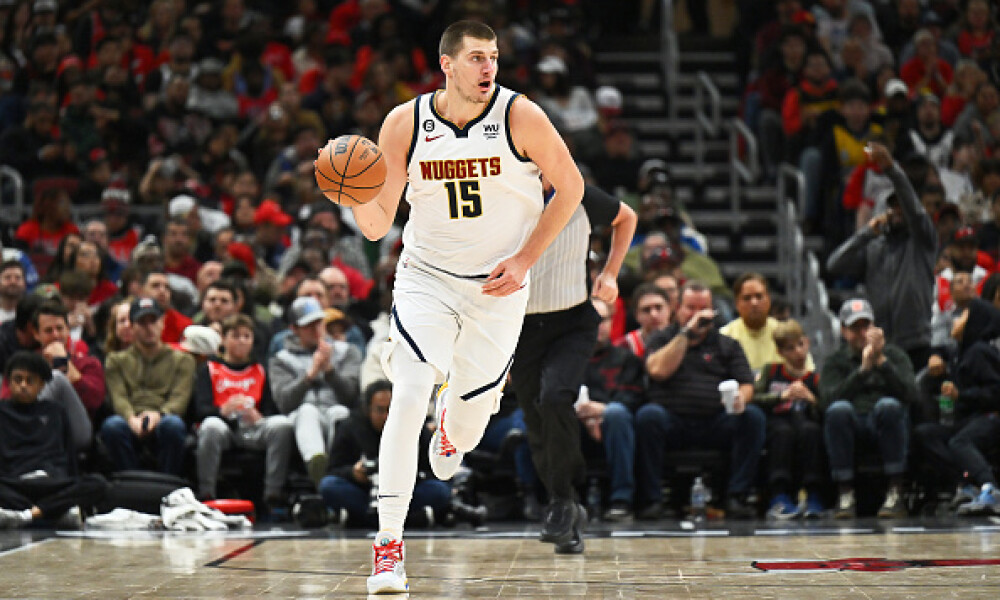 After both teams have dealt with injuries and absences over the past few games it appears the Denver Nuggets will be at full strength tonight while the Los Angeles Clippers are still hurting. After missing two games with injuries, Paul George and Kawhi Leonard are slated to miss a third straight game while the Clippers will also be without Luke Kennard. They will have to face a Nuggets team closer to full strength as Nikola Jokic and Jamal Murray are back in the lineup. Let us dig right into some NBA DFS Showdown Slate options for tonight.

Jokic is the clear best player on the slate, and after missing nice days of action, the big man did not miss a beat. If anything, Jokic came back stronger as he made it through back-to-back games prior to Thanksgiving with flying colors. He missed two straight triple-doubles by finishing with "just" nine rebounds on Tuesday before picking up "only" nine assists on Wednesday while scoring 31 and 39 points respectively. Maybe tonight he can close the deal, but if not, we know he will come close.

After missing a few games due to COVID-19, Murray eased his way back into action earlier in the week, but he should be closer to full strength tonight. Murray did play 34 minutes on Tuesday but he only shot three of 12 from the field and finished with just 10 points. Murray is averaging 16.1 points per game this year and it looked like he was kicking things up a notch offensively prior to his illness as he works his way back from last year's injury. The volume and opportunity for him to take about 15 to 20 shots is there and that should be the case again tonight for the guard.

With George and Leonard sidelined, the Clippers have a lot of players who are similar, but Powell stands out a little more to me. His cost is far from prohibitive tonight and with George out, Powell has averaged 15 shot attempts in his last three games which has resulted in 24.3 points per game in that stretch. We have seen similar runs like this Powell last season when he had to step in to fill the gap for injured players, and that seems to be the case once again.

Gordon has been a frustrating player at times recently as his offense has been anything but consistent, but he seems to have taken on a larger role in that department this year. The forward is averaging 15.7 points per game this year with a solid 6.9 rebounds, but that mark jumps to 20.3 in his last three games and Gordon is coming off a 31-point performance. We have seen a solid floor of around 30 DK points from Gordon on most nights, but he is also flashing 50 DK point upside on occasion as well.

While Brown has taken advantage of Murray missing some time as of late, Bones Hyland's absence still leaves a gap in Denver's depth chart, and the former has done great job of filling in any gaps as of late. Brown took things to the next level with a triple-double on Wednesday with 17 points, 13 rebounds, and 10 assists as he showed off the true highpoint of his potential. For a more reasonable, but still strong, expectation, Brown 13.7 points, seven rebounds, and 6.5 assists per game in his last six and no fault can be found in that.

As the Clippers have been shorthanded, Morris has not exactly taken on a much larger role as he has stuck pretty close to his season averages of 14.6 points and 5.2 rebounds per game in around 30 minutes of action. On Wednesday, it was not exactly for lack of trying as Morris took 15 shots with the only issue being that he only converted six of them. There is nothing wrong with his predictable behavior, just do not go looking for much upside.

This is what we have been looking for out of Mann as he scored 17 points on Wednesday in 33 minutes of action while grabbing five rebounds and shooting seven of 11 from the field. We cannot bank on that level of efficiency out of Mann on a nightly basis, but it was a strong performance that has a fit in most lineups.

Not only did Coffey get the start on Wednesday, but the guard saw 36 minutes of action. Based on the price, there is not a terribly rough path to returning positive value, and Coffey more than delivered with 13 points, seven assists, and three rebounds. There is nothing to suggest a different role for Coffey tonight, and a repeat would not be all that unlikely as we did not see much out of John Wall and the streaky Reggie Jackson.

We have been beginning to see a little more out of Cancar as of late, and the forward is benefiting from Jeff Green being out and the injury to Michael Porter Jr. Cancar did take things to the next level on Wednesday as he made great use of 35 minutes of playing time. The forward scored 19 points, but also added five assists, four rebounds, and three blocks in what was a very well-rounded effort. Cancar is still essentially free tonight, and while he should have some level of role tonight, it only stands to increase with Porter potentially not being available.