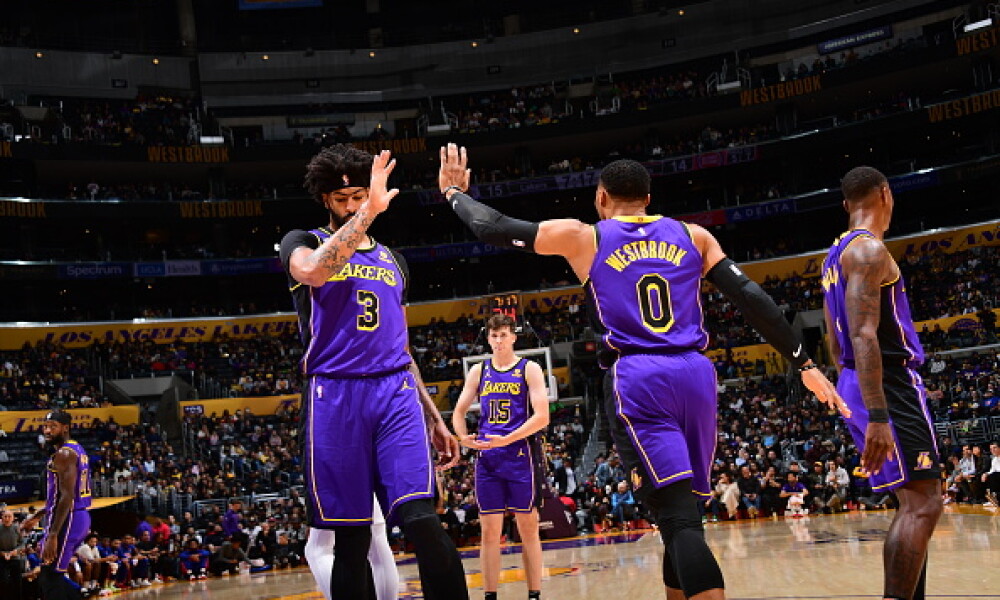 For tonight's NBA DFS Showdown slate we have a late game between the San Antonio Spurs and the Los Angeles Lakers. We have some big names on this slate with LeBron James hopefully coming back from injury, and Anthony Davis for the Lakers. The Spurs will have Keldon Johnson but Devin Vassell is questionable in this one after sitting out last night. That is something to keep an eye on. Now, let's dive into the NBA DFS Showdown between the San Antonio Spurs and Los Angeles Lakers.

It baffles me that Davis isn't the highest-priced player on that slate, That title belongs to LeBron James who may or may not play. Without Lebron, Davis has been incredible. Over his last three games, he has scored 56.5, 63.6, and a whopping 70.5 fantasy points. Davis is the only player on the slate that has that type of ceiling. He is really my only option for the MVP spot tonight.

There is no reason LeBron James should be higher-priced than Anthony Davis. If he does play tonight, I wouldn't be surprised if he is limited to around 25-28 minutes. To me, there is just no reason you should play James over Davis at the MVP spot tonight, other than being different. Playing him at a utility spot is fine however if he plays.

Keldon Johnson threw an absolute clunker up against the Clippers last night. He shot 5-15 from the field for only 17.5 fantasy which was the lowest amount of fantasy points he has scored in a game all season. He should have a bounce back in this one against a bad Lakers defense. If you want to pivot away from Davis, I think Johnson is your best bet.

Russell Westbrook may be washed on the court for the Lakers, but he still produces for fantasy purposes. Westbrook has scored at least 33 fantasy points in all of his last 10 games. That is outstanding, but unfortunately, his price has shot up because of it as he is the third-highest-priced player on the slate. If I am choosing to play Westbrook or Bron tonight, I am going with Westbrook with the price difference.

Tre Jones is just as steady as it comes for the Spurs and for fantasy purposes. I just question the ceiling he has night in and night out.He has scored no lower than 25 fantasy points in his last five games but no more than 35. He also has double-digit assists in three of those five games. Jones is a solid play as usual tonight, he could draw Beverly however which could slow him down a bit.

The Jakob Poeltl and Anthony Davis matchup intrigues me in this one. I like both of them in DFS tonight. Over Poeltl's last six game he has averaged 17/9/3/3 and a block per game for 37.5 fantasy points. He has just done everything for the Spurs over that span, and its great to see from the talented big man. I feel Poeltl has a 30 point floor tonight and should be a play in this one.

Ya, I get it, if you played Sochan last night, he burned you only scoring 10.5 fantasy points. I still stand by the process, he still played 28 minutes but his seven turnovers he had killed him. Before that game, in his last four games he had scored over 20 fantasy points in each one. I'm going back to the well once more with him being priced at $5,000 on DraftKings.