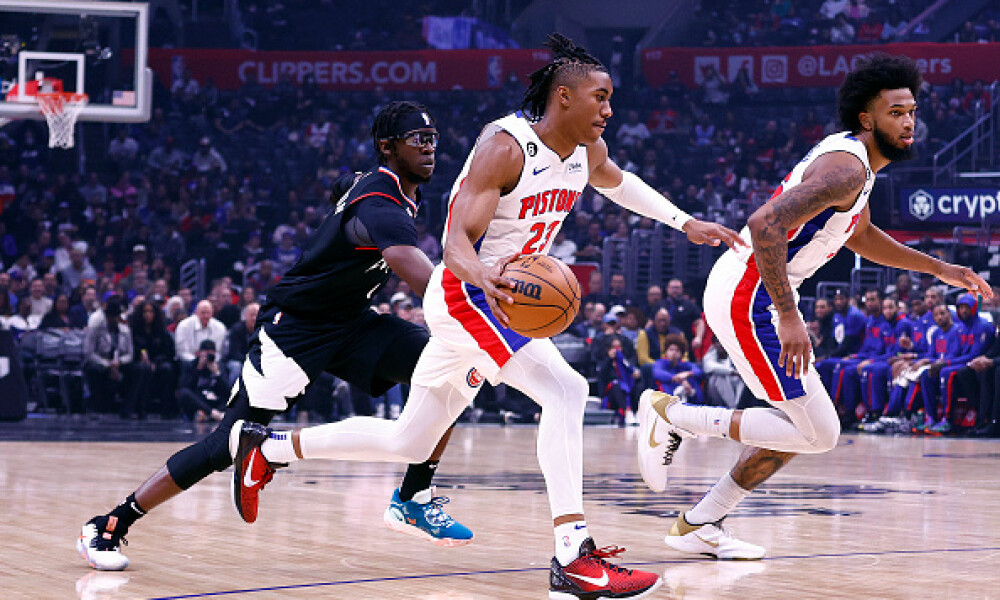 We have a lot going on tonight on the NBA DFS Showdown Slate with the Detroit Pistons traveling to Los Angeles to take on the Lakers. The Pistons will be shorthanded are they are without the injured Cade Cunningham and Isaiah Stewart, but that does mean there are value opportunities. On the Lakers side of the court, things are that much more interesting. After missing two games with a thigh injury, LeBron James is questionable to return but the Lakers’ rotation will also be shaken up with the season debuts of Thomas Bryant and Dennis Schroder. With the Lakers favored by seven points, there is the risk of a blowout tonight, and that could also be a hit to James’ value. Let us take a look at some options for the NBA DFS Showdown Slate.

I know that there are questions surrounding James’ health, but he is the best player on the slate. With that being said, Anthony Davis has closed the gap as of late, but at 24.9 points, 8.8 rebounds, and 6.9 assists per game along with some upside, it is difficult to truly avoid James tonight if he is in the lineup.

Davis has been generally healthy, despite being perpetually on the Injury Report, and also performing at a high level thus far in 2022. From a DFS perspective, the matchup is a favorable one tonight but we do have to be aware of the blowout risk as the Lakers are favored by seven points. In a Showdown Slate, things are a little different and you have to hunt the talent, and that is Davis. With the lack of star power on the slate and other value available, it is hard to ignore Davis after he went for 24 points and 14 rebounds and then 37/18 in his last two games while averaging 24.3 points and 11.2 rebounds on the season.

Someone has to pick up the slack from a ball-handling and playmaking perspective, and that is the rookie. The value was certainly there for Ivey last night as he took 21 shots from the field, with the issue being that he only made eight which was good for 18 points and five assists. Ivey combined for 46 points in his two previous games as he certainly has the offensive potential and he is getting every opportunity to show what he can do averaging 18.2 points, six rebounds, and 5.3 assists per game in his last six.

Bogdanovic is a professional scorer. Quite simply, that is what the veteran does and he is in the perfect situation in Detroit where he is guaranteed double-double shot attempts on a nightly basis. It is not like Bogdanovic just hoists up shots without care as he is accurate shooting 50.5% from the field this season while averaging 20.5 points per game after scoring 26 points last night.

While there will be some decreased volume with the return of James, Westbrook is still one of the top options for the Lakers as instant offense off the bench. The big issue here is the fact that Westbrook is shooting just 41.2% from the field this season, but he does take enough shots to average 16.3 points. No longer a triple-double, or even double-double, threat Westbrook is averaging a respectable 7.2 assists per game.

Regardless of what takes place with the Lakers rotation, Walker is going to have a starting role in which he is busy offensively. If James is sidelined once again then Walker should take on an even larger role after averaging 22 points in the last two games, but at 16.5 points per game this season, he is a solid contributor regardless.

Bagley is still shaking off the rest as he has just three games under his belt this season, and he failed to make much of an impact last night. A game after scoring 16 points, Bagley managed just four points although he did grab eight rebounds. Bagley does have some offensive upside, and it is a good matchup from a DFS perspective.

Hayes is the biggest beneficiary of playing time with Cunningham’s injury and it is also a good matchup for him against the Lakers from a DFS perspective. Last night was rough from a shooting perspective as Hayes made just one of eight shots, but he still played 27 minutes. If a few extra shots fall for Hayes, he recently had a run of three games where he averaged about 14 points, we are looking at things very differently.

Duran takes on a larger role following Stewart’s injury and the rookie delivered in 25 minutes of action last night with eight points and nine rebounds. It would be surprising to see Duren take on a larger role, and the production should follow.

While we are not exactly sure what to expect from Bryant, he is minimum priced, has talent and a track record in the NBA, and we know he is going to be in rotation. At this price, do we need to even consider anything else if he helps get the rest of your lineup build to where you want it?