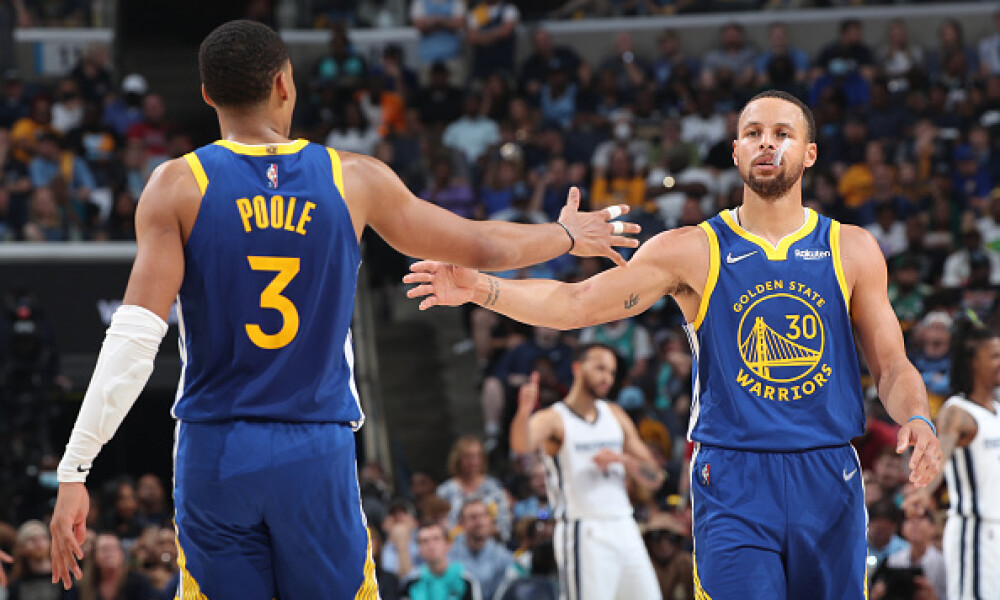 Tonight's NBA DFS Showdown slate features Game 5 of the Western Conference Finals between the Golden State Warriors and Dallas Mavericks. Before you build NBA daily fantasy lineups, let's take a quick look at what's at stake for both teams as the 2022 NBA Playoffs roll on. At least for one more game, the Mavericks were able to stave off elimination and live to see another day in the Western Conference Finals. The Warriors are up 3-1 with the series moving back to Golden State tonight. I expect it to be a steep hill to climb for Dallas tonight as an NBA Finals berth is at stake for the Warriors in front of their home crowd. As you build some daily fantasy basketball lineups, be sure to use the many tools at DFS Alarm. Check out the NBA DFS lineup generator, the NBA daily projections, and the NBA value finder for DraftKings, FanDuel, and Yahoo Fantasy. Let’s dig into some NBA daily fantasy picks for tonight's NBA Playoffs DFS showdown slate.

The longer this series goes on, the more shots it seems Luka Doncic is going to take. At this point, it doesn’t matter how efficient he is, as the volume will simply continue to be there. On Tuesday, that meant 20 shots for Doncic and 10 made field goals, including a wildly-inefficient 3-for-11 from downtown. But does it even matter? Doncic finished with 30 points and grabbed 14 rebounds while coming just an assist shy of a triple-double. For good measure, Doncic added two blocks and two steals to get to 70.5 DK points. What you see is what you get here, and if the shot is falling with efficiency, it could be an even better day.

In a losing effort in Game 4, it was a pedestrian game for Stephen Curry with 20 points, eight assists, and five rebounds – but we know he is capable of more than that. Curry only played 33 minutes on Tuesday, and I expect him to get back closer to 40 tonight with a trip to the NBA Finals on the line. Bank on Curry to come up big tonight in an attempt to keep the series from going back to Dallas.

The normally efficient Jalen Brunson only made five of 12 shots from the field on Tuesday as he finished with 15 points, five rebounds, and five assists. Brunson remains as the number two option for Dallas, and I’m thinking the production bumps up tonight as Dallas is fighting for their season to continue.

Jordan Poole fouled out in 29 minutes of action on Tuesday, but the explosive guard did finish with 14 points and five assists. For the third straight game, Poole made two three-pointers and it was his fifth straight game of scoring in double figures. Look for both streaks to continue tonight as Poole is a vital part of Golden State’s offense.

After a 27-point, 11 rebound performance in Game 3, Andrew Wiggins slowed down on Tuesday as he finished with just 13 points and five rebounds. Those two games represent both sides of the equation for Wiggins, though he should benefit from a little extra playing time with Porter out once again. So far this series, Wiggins is averaging 18.8 points, six rebounds, and 3.5 assists per game and there is no reason why he can’t deliver that stat line tonight.

I haven’t been super high on Draymond Green this season but he has reached double figures three times against Dallas with 10 points in each of those games. Green is also averaging a solid 6.5 rebounds and 4.8 assists per game against the Mavericks. We should see a similar effort tonight.

Dorian Finney-Smith came up huge for Dallas on Tuesday as he scored his series-high 23 points to go along with six rebounds and two assists. We don’t have to worry about playing time here, and Finney-Smith proved to be a solid contributor all season, but there is some caution to be exercised if you are chasing the offense once again.

After scoring 26 points in Game 3, Spencer Dinwiddie regressed and scored just 10 points on Tuesday after making only two of seven shots from the field. Dinwiddie did finish with eight assists so it wasn’t a completely lost cause and he has the ability to be a key secondary option.

Jonathan Kuminga took full advantage of Otto Porter being sidelined on Tuesday. He made five of 11 shots in 22 minutes, which was good for 17 points, to go along with eight rebounds. The forward has had success this season when given the chance and I expect things to look similar for Kuminga tonight.

Moses Moody has played increased minutes in each game so far this series and that culminated in 23 minutes of action on Tuesday. The uptick in playing time also allowed Moody to score his series-high in points (10) to go along with two rebounds and two steals. The opportunity should be there again tonight for the rookie and the price is right.