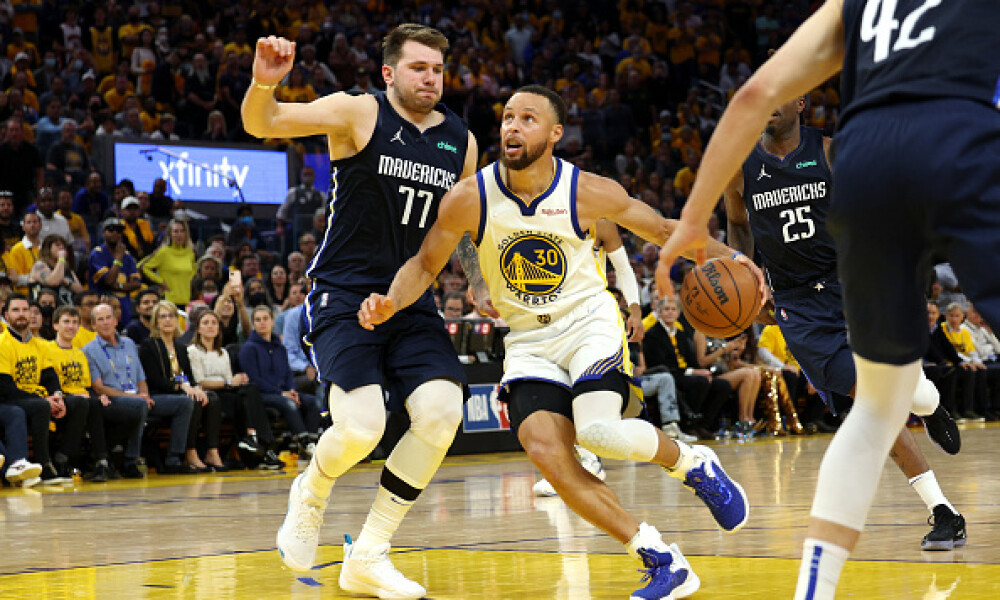 After the Golden State Warriors took care of business in the first two games of the Western Conference Finals, things now shift to Dallas as the Mavericks look to get back in the series. The good news is that there are many issues that need to be monitored via the NBA injury report leading up to tipoff and we can also expect tonight’s NBA starting lineups to be relatively static. It will be interesting to see how Luka Doncic responds after struggling to begin the series and bouncing back on Friday in a big way, so let’s dig into some NBA daily fantasy picks for tonight to finish in the green.

It’s crunch time now as Golden State looks to keep their season going and not let Dallas back in the series. Curry will play a large part in that, and in what was ultimately a closer game on Friday, he scored 32 points in the Warriors’ victory to go along with eight rebounds and five assists. At this point it goes without saying that Curry doesn’t have any issues on the offensive end and he will be the focal point of Golden State’s game plan once again. Curry has also been active on the boards with 7.5 per game over his last four which gives us a nice floor in conjunction with his offense and the five or so assists he should be good for.

Things couldn’t have gotten off to a much worse start in this series for Doncic as the Mavericks were blown out in Game One and he only scored 20 points on six of 18 shooting. Golden State committed to making life difficult for Doncic, and they most certainly had success and it was very evident in how the game went. At that point, things looked bleak for the Dallas superstar, but all he did was respond by going 12 of 23 from the field while scoring 42 points along with eight assists and five rebounds. We are generally accustomed to seeing more overall production from Doncic, and it still wasn’t enough for the Mavericks to even up the series. Dallas’ season is essentially up for grabs tonight, and they will need Doncic to come up huge. He is unmatched among his peers tonight in both upside and price.

After a pedestrian conclusion to the second round series against Memphis, Poole was back to his old tricks offensively in the first two games against Dallas scoring 19 and 23 points respectively. For DFS purposes, I group all of Golden State’s wing players together, and since Poole is the most cost-effective option, he gets the nod here. Poole seems to have moved past his shooting slump, and he should be busy in his roughly 30 minutes of playing time.

After struggling through Game One, Brunson recovered nicely on Friday but it still wasn’t enough for the Mavericks to emerge victorious. With the Warriors making it a point to key on Doncic, Brunson took on more importance in Dallas’ offense and that led to a 31-point effort on 11 of 19 shooting. It was the second time in three games that Brunson put up an identical shooting line and he added five assists and seven rebounds. As he heads towards free agency, Brunson has done a good job of elevating his game.

After making eight of 14 three-point attempts in the last game against Memphis, Thompson has only made two of eight shots from downtown to begin the series against Dallas. That has led to back-to-back 15-point games for Thompson who relies on his shooting for the majority of his DFS production although he is averaging 4.5 rebounds and 4.5 assists in the last two games. There is a lot of upside here, but we aren’t without risk either as there have been ebbs and flows to his efficiency.

There doesn’t appear to be anything to worry about from the perspective of Wiggins’ ankle, and we got a customary 16-point, five rebound, five assist performance from him on Friday. Wiggins plays a key role for Golden State, and while he doesn’t present with a large amount of upside in any particular area of the game, he is a solid all-around contributor.

I wanted to highlight Looney here as it’s just crazy to see his price on DK jump by $2,400 from Friday night. It’s not really without reason as Looney went off for 21 points while also grabbing 12 rebounds. Part of the reason was the fact that Looney was on the court for 32 minutes, but it’s hard to go chasing a similar scoring output. It’s the third straight game that Looney has seen an increase in minutes so that is a plus, and the double-digit rebounds weren’t entirely surprising either. Just know that you are no longer getting a bargain.

At this time of year there aren’t really many bargains, but you could make the case for Kleber here. The biggest factor is 33 minutes of action he got on Friday, but a realistic expectation brings him closer to 25. With three points, one rebound, one assist, and two blocked shots, Kleber didn’t exactly take the extended playing time and run with it, but the quickest way to DFS production is being on the court.

Porter isn’t your normal dart throw option, but he is on the cheaper side of those players who have a consistent role and see regular minutes. In the two games so far this series, Porter has played 23 and 24 minutes averaging 10.5 points, 6.5 rebounds, and 2.5 assists per game and we should see a similar performance tonight.