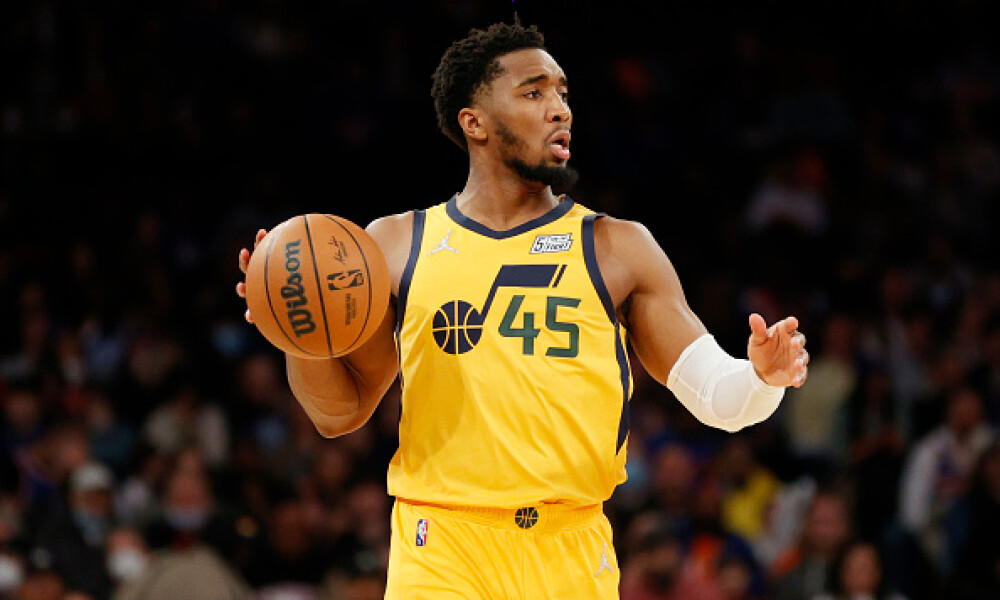 Welcome back, Paul George! The Los Angeles Clippers start is making his return to the lineup tonight against the Utah Jazz. We have yet to hear anything about any sort of minutes restriction, so it's hard to look George's way on this NBA DFS Showdown slate considering he's the second highest priced player here.

There is nobody in this game that has as much upside as Donovan Mitchell if we’re being honest. The Clippers are pretty much limiting everyone and their stars are either out or questionable. On the year, Donovan Mitchell has a 33.2% USG rate and averages 1.27 FP/min and they could be playing without Bojan Bogdanovic and Rudy Gobert here once again.

We’ll see if Rudy Gobert is even going to play here, but if he does, the Clippers are going to have a hard time containing him on the glass. It’s not a coincidence that Gobert has averaged 16.5 rebounds and 47.4 DKP/game across just 26.5 minutes in two games against the Clippers this season. Gobert averages 1.22 FP/min without Joe Ingles this year.

I’m unsure that Jordan Clarkson ends up being my favorite UTIL option depending on the statuses of Rudy Gobert and Bojan Bogdanovic. That said, Clarkson’s been extended without Bogdanovic in the lineup lately, playing around 30 minutes each and every night. He has 40 FP upside when he’s given that type of run.

I’m confused why Terance Mann only played 23 minutes last game considering he had topped 27 in four straight and that includes 27 in a 30 point loss, so the blowout argument isn’t great. In those four games, Mann had topped 27+ DKP in four straight games and 35+ in three of four. Over the last month, Mann has averaged a very solid .94 FP/min. If Paul George returns, it could be a detriment to Mann.

Before the injury, Bojan Bogdanovic was really feeling himself offensively, scoring 21+ actual points in four straight games, so if he returns here, can he return to that form right away? It’s definitely possible. The Clippers are struggling defensively right now, ranking 22nd in DRtg in the month of March. He scored 20 points in 25 minutes against the Clippers in the one game he played against them.

As the season has gone on, since the trade at least, the Clippers have used Robert Covington more and more. He’s now topped 21+ minutes in four straight games and topped out at 30 over this recent stretch. He’s been quite good lately, putting up 25+ DKP in three straight games and topping out at 38.5 DKP at that span. Covington greatly benefits from Marcus Morris Sr. and Nicolas Batum being limited.

We haven’t heard anything about Paul George’s minutes and if there is going to be a limit, but assuming there is, Amir Coffey should remain pretty relevant in the Clippers lineup. Coffey played 38 minutes last game and has topped 30 minutes in three of his last five. He flashed 30 FP upside last game.

Guys that would in play if Bojan Bogdanovic, Hassan Whiteside & Danuel House Jr. are out;

If all three are out;

IF Paul George is not limited at all, he's definitely in play.