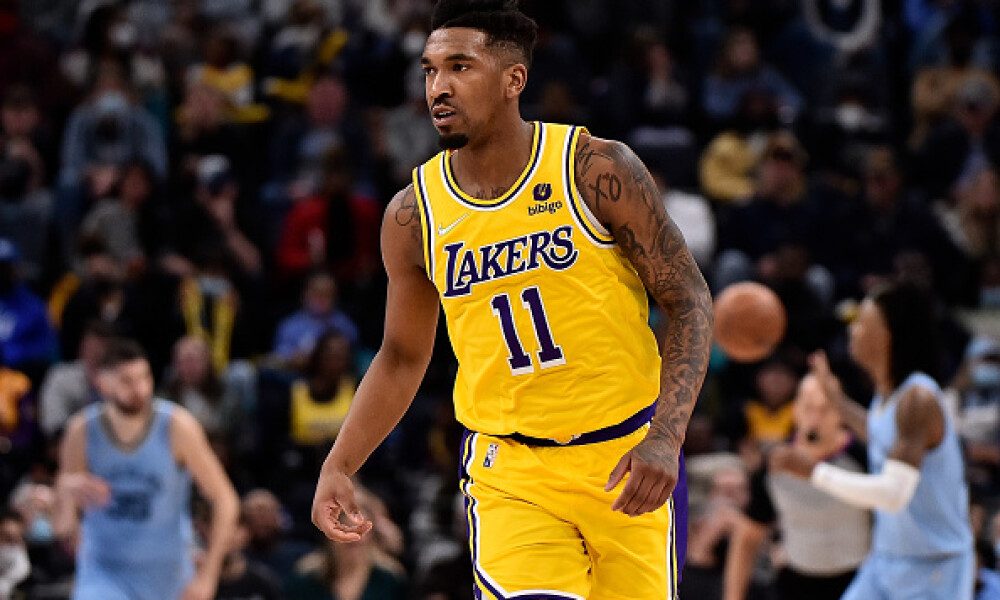 While I don’t want to be dramatic here, sometimes it’s good to go with a name you know. I’m not implying that the players on this slate are anonymous to me, or you for that matter, but I don’t think you’d get an argument by saying the best five players on the slate will all be watching in street clothes. Malik Monk took 17 shots last night, making eight of them, in 37 minutes on his way to a 24-point, seven-rebound, four-assist performance. We should get similar production tonight.

Isaiah Roby continues to score in double figures on a nightly basis and in his last six games, he is averaging 17.8 points and 7.5 rebounds in 34 minutes of action. In a theme you will notice across all positions for both teams, there shouldn’t be much resistance tonight for Roby to make an impact and the big man’s role appears to be secure.

This might be the cheapest option I’ve ever recommended for the captain spot; even in cases where I was actively trying to differentiate from the field to save some cap space. Talen Horton-Tucker is in a great spot offensively with the Lakers' top three, and four of five, best players sidelined tonight. Even better, Horton-Tucker scored 40 points last night against Golden State.

It’s clear that the Thunder are looking to tank, but even with that being the case, someone has to take the floor for them. Over the past week, they have been leaning heavily on Jaylen Hoard. That has especially been true over his last two games in which he scored 24 and 23 points, respectively. While Hoard will also get you some rebounds, don’t go crazy looking for the 21 he grabbed a few nights ago.

Before we go any further, we need to come to grips with one very critical factor tonight – ignore the salary cap. Based on the players we have at our disposal and the pricing, the salary cap likely won’t come into play. Plus, perhaps more importantly, it is critical to simply pick the best six players and don’t fret at how much cap space is left on the table. We are hunting minutes, and last night, Austin Reaves played 32 of them. Although he failed to make much of an impact, he scored 12 points to go along with three rebounds and one assist.

I know I mentioned it before, but if you are going to tank, you might as well do it well. For the Thunder that means giving Zavier Simpson the start in each of his last two games, and I would expect another heavy workload for him tonight (39 and 44 minutes in his first two games). Simpson didn’t get to the free-throw line in either game, and he struggled from the field shooting a combined 7-for-22. Sill, with three rebounds and eight assists per game, the overall value is there.

We have to keep an eye on what the Lakers do with Dwight Howard after they played last night. He only played 25 minutes, though, so there should be something left in the tank. Howard certainly was efficient against the Warriors, as he scored 16 points while grabbing 12 rebounds, and I wouldn’t expect him to meet any resistance.

The rookie is getting a chance to show what he can do as we close out the season, averaging 36 minutes in his last two games. That has translated into 14 points per game for Georgios Kalaitzakis and, even without much other production, he is still worth a look based on the expected playing time.

I guess we are back to Stanley Johnson as an option? The forward was on the court for 35 minutes last night and, while he scored just eight points, Johnson did grab six rebounds and post a solid DFS performance – despite turning the ball over six times.

Wenyen Gabriel has had flashes of success this season, and tonight he should play a minimum of 20 minutes – if not more. Last night all we got out of Gabriel was six points and three rebounds, so we could make the argument that this really is more of a dart play.

In the interest of clarity tonight, there are question marks about everyone else once we get past the captain spot options. While there are players I like more than others, you get into dart-throw territory pretty quickly and none of the options are cost-prohibitive. So, all of my value picks are included above.