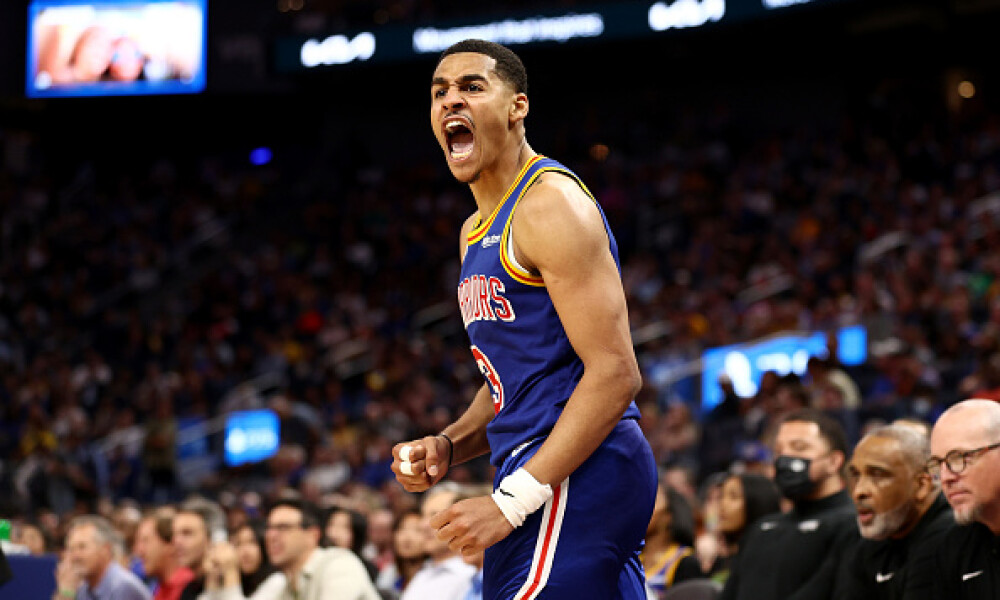 Jordan Poole, PG (GSW) – Thanks to going 11 of 11 from the free-throw line, Poole since managed to score 18 points despite making just three of his 19 shot attempts. Poole also included eight assists and six rebounds, so if you didn’t see him misfiring all night, you would think it was a solid effort from him. The volume is nothing new, and it’s hard to imagine Poole will be just as bad from the field.

Klay Thompson, SG (GSW) – After getting the night off for rest purposes on Saturday, we shouldn’t have to worry about Thompson tonight. In each of his last five games, Thompson has played a minimum of 33 minutes and in three of those games he has scored between 33 and 37 points. Once again, Thompson figures to be busy hoisting up shots from behind the arc.

Jose Alvarado, PG (NO) – Alvarado had a solid game last night scoring 12 points and handing out five assists in 23 minutes of action, and he figures to be much busier tonight. Brandon Ingram and Devonte’ Graham are out, and while active, CJ McCollum’s minutes are expected to be very limited. With that being said, the offense will likely flow through Alvarado and the volume will be there to support a big night.

Willy Hernangomez, C (NO) – In his last three games, Hernangomez is averaging 14.7 points and 12 rebounds in 28 minutes of action. While we want him to maintain that level of efficiency, we should get a little more of Hernangomez tonight with Jonas Valanciunas out and that makes the center even more of an attractive option.

Draymond Green, PF/C (GSW) – Due to the lack of his offensive upside, I generally go past Green based also on pricing. Tonight’s slate offers up a little more forgiveness from a salary cap perspective which means I feel a little more comfortable going with Green. Last night, Green filled the stat sheet with 12 points, 13 rebounds, and eight assists in what has become close to a standard effort for him. Green shouldn’t encounter much resistance tonight, and with the game meaning something for Golden State, they will rely on him to help deliver a victory.

Naji Marshall, SF/PF (NO) – Marshall will see an expanded role tonight, and based on the price, we are dealing with a potential chalk situation, but I’m not sure it matters. In Marshall, there is a forward who is elevated from about 15 to 20 minutes of action off the bench to a starter role, and even with limited work, Marshall can hit double figures offensively. Someone has to score for New Orleans tonight, so it might as well be Marshall.

Jaxson Hayes, PF/C (NO) – Hayes is potentially the only starter playing regular minutes tonight for New Orleans, and the price won’t be too bad on the budget. Last night, Hayes was involved in the offense as he made five of 12 shots from the field which was good for 13 points along with five rebounds. We do get some upside on the boards from Hayes, but there is also a solid floor.

Jonathan Kuminga, PF (GSW) – In 22 minutes last night, Kuminga showed off his offensive ability by scoring 18 points while grabbing four rebounds. At a minimum, we should see a similar workload tonight with Otto Porter sidelined, although Thompson is back, and Kuminga has proven to be a capable scoring threat.

Gary Payton, PG/SG (GSW) – The likely first player off the bench for Golden State scored six points in 23 minutes last night while grabbing six rebounds. In three of his last five games, Payton scored 10 points, so there is some upside available off the bench and he should get the volume to duplicate that effort tonight.

Larry Nance Jr, PF (NO) – Nance should be good for at least 20 minutes of action, but likely a little more, off the bench for the Pelicans as they are down a few key contributors. After scoring in double figures for three straight games, Nance did take a step back last night as he scored just two points in 19 minutes of action while grabbing just three rebounds. Tonight, Nance will have the opportunity to bounce back.

Garrett Temple, PG (NO) – It doesn’t get any cheaper than the minimum priced Temple who I expect to play more than eight minutes tonight. On Saturday, Temple scored three points to go along with an assist and a rebound, but if you really want to save some cash, he is your guy.