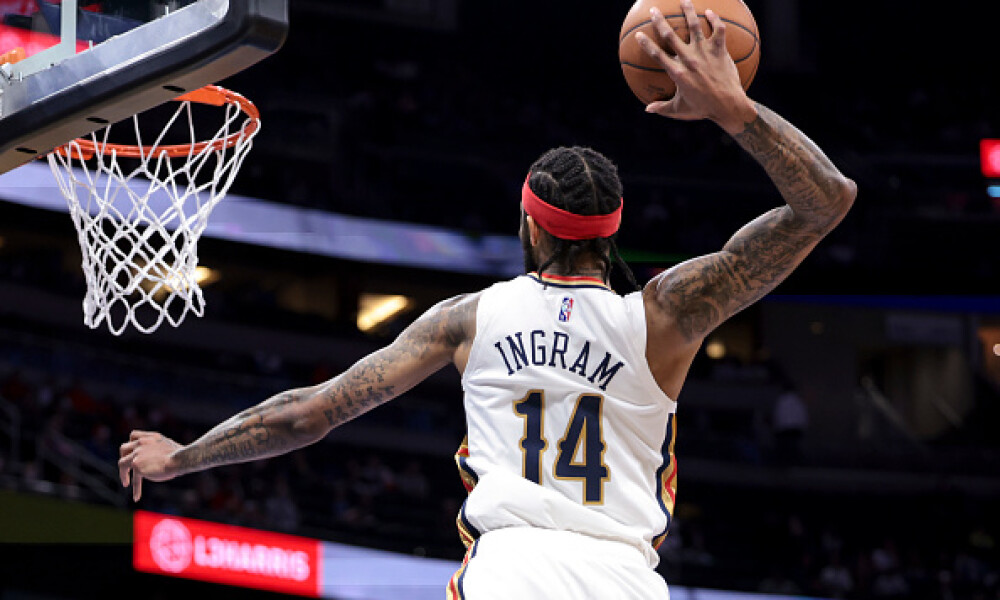 This game really matters tonight as both the Los Angeles Lakers and New Orleans Pelicans are duking it out for the final spot in the NBA Playoff play-in game. Currently, the Pelicans own a 0.5 game lead while the Lakers could fall out of the equation if they lose this game and the San Antonio Spurs win. We could be getting the return of both LeBron James and Anthony Davis too.

If LeBron James does suit up, he’s the top play in this game. Even with Expect Anthony Davis to be limited even if he plays, which will keep the ball in James’ hands more often than not. With James, Davis, and Russell Westbrook on the floor, LBJ has a 28.4% usage rate and averages 1.18 FP/min – both lead the team. James has averaged 35.5 points and 55.5 DKP against the Pelicans this year. The winner of this game takes control of the final play-in game seed.

It’s been two games since Brandon Ingram has come back from injury and hasn’t been fully deployed yet, but the stakes haven’t been as high as they’re going to be in this game. Ingram has put up 37+ DKP in two straight games and he’s averaged 40.8 DKP/game in two games against the Lakers.

Even with Brandon Ingram returning to the lineup, Jonas Valanciunas has been excellent lately. He’s had nine straight double-doubles and has 40+ DKP in six straight games, including each of the last two with Ingram back. Valanciunas has as safe of a floor going up against the Lakers who have been a bottom-five defense in March.

The Lakers haven’t confirmed it yet, but it’s likely that Anthony Davis suits up here. However, he’s expected to be limited if he does suit up. If he can play anywhere around 25 minutes, he’s an interesting tournament option. Davis has been better at home this year, averaging 50 DKP/game compared to 41 DKP/game at home. GPPs only.

With Brandon Ingram back, CJ McCollum has very blatantly taken a backseat – or at least he has in the last two games. McCollum’s usage when sharing the floor with Ingram and Jonas Valanciunas sits around 24%, which is five percent less than Ingram’s. We know he’s an elite scorer and has 50+ DKP upside, though.

With LeBron James and Anthony Davis listed as questionable, Malik Monk has the potential to once again play 30+ minutes and be one of the two primary scorers on the team – if both James/and Davis end up sitting. Monk can catch fire even if James and Davis play, and he can break a slate if he starts making shots. His role shouldn’t be too diminished if they play, because Davis is likely limited.

Since returning to action, Larry Nance Jr. has looked sharp for the Pelicans. He played 22 minutes last time out, which was the most he’s played with his new team. Nance can put up a crooked number due to his ability to do everything on the floor. He’s had 18+ minutes and 15+ DKP in each game with the Pelicans.

Even with Brandon Ingram back, Trey Murphy III played 23 minutes and scored 10 points and 20 DKP – which was the second straight game he topped those numbers. He’s very GPP-oriented with the Pelicans essentially at full strength.

Others to consider if Anthony Davis & LeBron James sit: