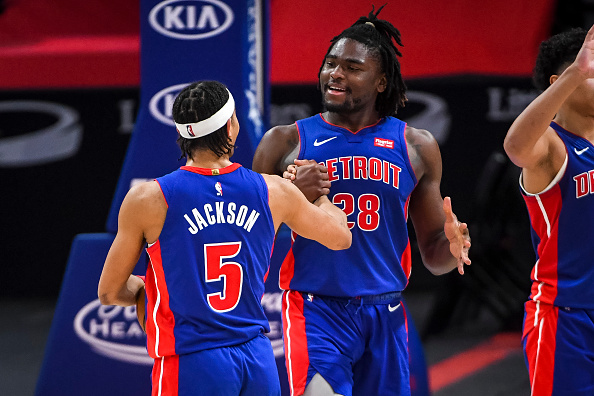 Kyle Lowry is out and Flynn should start. Flynn is averaging 14.9 points, 4.3 rebounds, 6.6 assists and 1.4 steals in the last seven games he has started. He had 29.5 DK points in 32 minutes on Thursday with Fred VanVleet out and had a 22.3 percent usage rate.

Steven Adams is out and Hernangomez will play big minutes again. He started against the Thunder on Thursday and had 13 points, 10 rebounds, two steals, one assist and one block for 33 DK points in 29 minutes. He has at least 33 DK points in two of the last three games. In the six games Adams has been out this season, Hernangomez is averaging 10.3 points and 11 rebounds. Minnesota is one of the worst teams at defending centers.

If Bazemore is starting again, he's in consideration. He started on Thursday and had 10 points, 10 rebounds, three steals, two assists and one block for 34.5 DK points in 33 minutes. In the game prior, he played 35 minutes and had 52.25 DK points. Bazemore faces an awful defense in Houston.

Once again, the Pistons are resting players including Mason Plumlee and that means Stewart gets the start. In the last game without Plumlee, Stewart had 20 points, 10 rebounds, three blocks and one steal for 44 FD points. In the last nine games, Stewart has at least 31.7 FD points in five games with a high of 53.2 FD points. In eight games without Plumlee, Stewart is averaging 13.9 points, 11.5 rebounds and 2.1 blocks per game. He gets an excellent matchup with a small Hornets team.

Malcolm Brogdon left Thursday's game early with a hamstring injury. If he sits, McConnell will become an excellent value. It's a great matchup against the Thunder in what should be a fast-paced game as each team has been awful defensively. The last game McConnell played 29 minutes, he had 46.1 FD points and the last time he topped 30 minutes he had 32.7 FD points in 36 minutes.

The Pistons will be without several players again and Hayes will start. Hayes played 30 minutes in his last game against Dallas and had two points, 11 assists, one rebound and two steals for 22.7 FD points. Hayes should go at least 5x with the upside for even more against the Hornets.