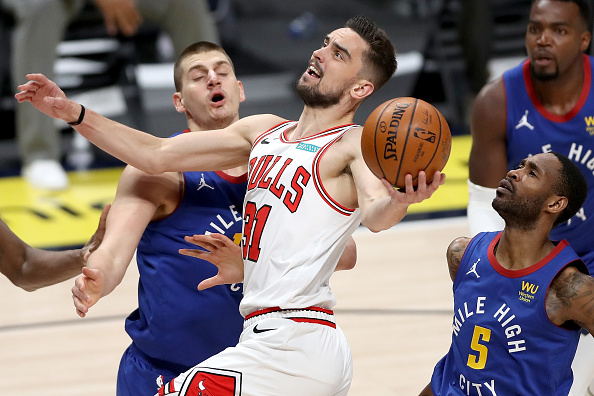 Welcome back to the Fantasy Alarm NBA DFS Value Vault! We have  HUGE 11-game slate on tap tonight, so let’s check out some value plays!

Satoransky’s price is still very manageable for being the starting PG for the Bulls. Satoransky has put up back-to-back 27 and 30.5 DraftKings fantasy points while seeing 28+ mins in his last five contests. He has topped 22 DraftKings fantasy points in five of his last six, as well. The Cavs have had a very hard time defending PG’s this season, and even more so as of late. Sato continues to be a very solid value play nightly and the matchup is there.

House is still a very big part of this Houston rotation and it has shown as he has logged 34, 33, and 37 minutes over his last three games played while putting up 21, 34.5 and 26.3 DraftKings fantasy points. The Rockets get a very generous matchup with the Hornets tonight at home, a team that has give up lots of fantasy points to opposing SF’s. His price is getting up around that mid-tier range, but he continues to log heavy minutes.

Theis has put up three-straight contests of 20, 36.3, and 27.0 DraftKings fantasy points over his last three games while seeing 25, 32, and 25 minutes to boot. Tristan Thompson is still out due to health and safety protocols and Robert Williams ’s minutes continue to be inconsistent. That’s the good thing also about Theis, he can play both the PF and C spot, meaning he likely stays on the floor a bit more with the Celtics being thin in the frontcourt. The value has been there lately, and they get a very nice game environment here against the Bucks.

CoJo has seen 21 or more minutes in four of his last five games and with Haliburton still on a minute’s limit (per say), and the Kings down Marvin Bagley now, it seems they have elected to run a bit smaller with Joseph. He has topped 21.9 FanDuel fantasy points in three of his last four games and the Kings will host the Hawks tonight with a massive game total of 236.5. If CoJo can land you 20 fantasy points tonight, that is over 5x value and he has done it more often than not as of late.

As long as Zubac continues to get the starting nod with Serge Ibaka on the shelf, he will continue to have nice value. Zubac has eclipsed 30 FanDuel fantasy points in three of his last four games and has seen at least 24 or more minutes in all four as well. He has yet to fail to reach at least 20 fantasy points in all four to boot. He gets a more than solid matchup here against the Spurs.

Nance only saw 25 minutes last time out against the Kings as the game got out of hand late, but he still managed to record 21 FanDuel fantasy points in that span. The four prior games played however, he saw 37, 36, 33, and 31 minutes on the floor and notched out 33.8, 43, 25.3, and 25.4 FanDuel fantasy points as a result. As long as Kevin Long continues to sit, Nance will continue to get the starting nod at the PF spot and should continue to see starter minutes. As a mid-5K range price on FanDuel opposed to his $6.2K price tag over on DraftKings, we will absolutely take that value.