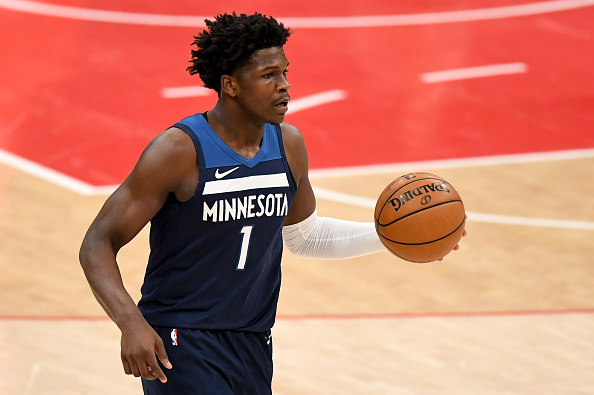 Edwards hasn't been shooting well, but he has a high usage rate and has taken at least 20 shots from the field in five straight games and he's averaging 22.4 points per game in that span. He has at least 32.25 DK points in each game and had 40.5 in his last game against the Pelicans. Edwards gets another good matchup against Portland, who rank 29th in defensive efficiency.

Baynes has been playing more minutes with the Raptors still missing players due to health and safety protocols. He played 30 minutes in the last game against the Hawks and despite shooting 4-for-15, he had 11 points, 15 rebounds, and two blocks for 34.75 DK points. He had 31.75 DK points in 29 minutes against the Celtics the game before. The Hornets struggle against big men.

The Raptors will be without Pascal Siakiam, OG Anunoby and Fred VanVleet again. Johnson has started the last two games and been a good value at the price. He played 27 minutes in the last game due to five fouls and 22.5 DK points. The prior game, he played 36 minutes and had 24 DK points.

Layman has played at least 23 minutes in three straight games. In that span, he is averaging 12.3 points, 2.3 rebounds and 1.6 assists per game. He has at least 21.7 FD points in two of those games and gets a good matchup against Portland, who rank 29th in defensive efficiency.

There's some risk with Nowell, so he's more for GPP contests. He is playing more minutes and coming off a great game. He played 28 minutes against the Pelicans and had 28 points, six assists and five rebounds for 47 FD points as Minnesota snapped a losing streak. He has at least 21.3 FD points in three of the last six games and gets a good matchup against Portland.