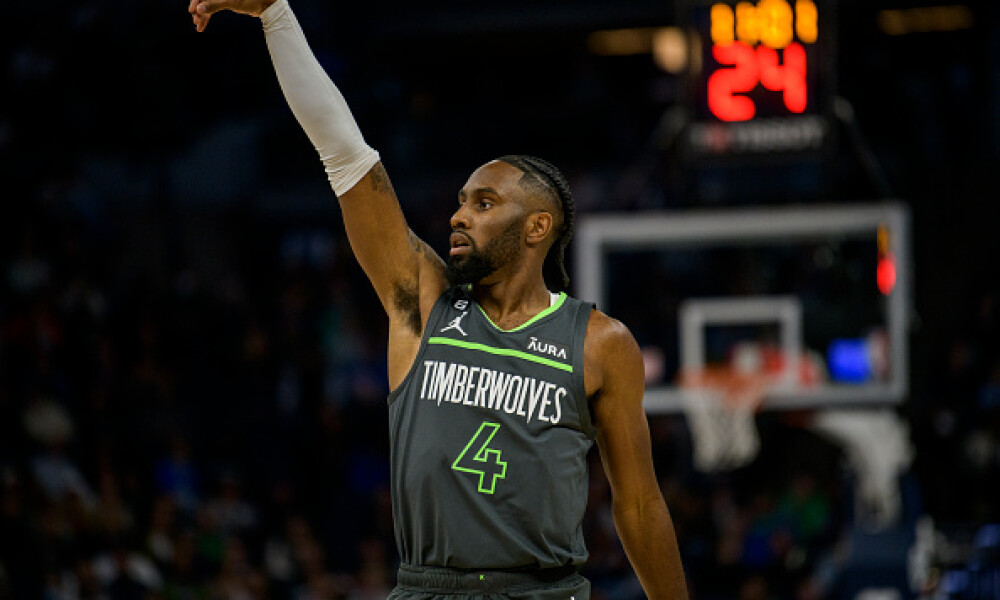 Even though the 2022-2023 fantasy basketball season is less than 2 weeks old, injuries happen, team rotation’s change and we’re looking to roster NBA players who play at least 20 minutes per game. 20 minutes shows a true rotation commitment to the player and for a player to produce, they must be on the court. Be careful rostering basketball players who play fewer than 20 minutes per game. Their playing time may only be extended when the starters are benched in a blow-out situation on the basketball court. Here are some players who could still be on your fantasy basketball waiver wire that could be of use to us early in the NBA season.

Even though Nowell doesn’t start for the Timberwolves, he has the highest usage percentage on the team (props to Fantasy Alarm’s James Grande for bringing this to light) and he’s scored over 16 points per game shooting over 47 percent from the field. Nowell takes the third most shots on the team per game. He’s played over 21 minutes in each of his last three outings and he’s been aggressive on both sides of the ball. Nowell pulls down nearly five boards per game and he’s posted steals in three of his last four contests. With the mismatches that the Timberwolves frontcourt causes, Nowell can see higher percentage shots when opposing defenses collapse on Karl-Anthony Towns on the wing when he’s on the floor and Nowell will be the prioritized scorer with Minnesota’s reserves.

The Hornets aren’t a team that excels in defense, but McDaniels can help close the lane a bit and operate effectively out of the post. He’s not only hit the 20-minute mark every game, but he’s grabbed 5 or more rebounds and blocked shots in every game he’s played in. McDaniels can also help stretch the floor and serve as a bailout shooter from the Hornets. The Hornets guards have been banged up and they need to be supported on the offensive end and he’s scored 14-plus points in 2 of his last 3 outings. He’s shot over 57 percent from the field, and he can hit shots from beyond the arc. Even when LaMelo Ball, Terry Rozier and Cody Martin are healthy again, McDaniels can still stick in the rotation as a combo forward. He has incredible length especially when guarding opposing small forwards.

Walker could find himself having long-term appeal, especially being on a team with seasoned veterans who like missing games like Anthony Davis and LeBron James. Walker starts and has scored over 15 points per outing, and he’s been the Lakers 3rd scoring option behind James and Davis. The Lakers don’t play Russell Westbrook a lot of minutes and who knows how much longer he’ll be on the team? Dennis Schroder being hurt has also put the ball in Walker’s hands more. He’s been swiftly moving through screens off the ball and he’s getting clearer paths down the lane when inside the arc. Walker has swiped one ball or more in every game this year and he’s grabbed three rebounds per battle. We like seeing guards hit the three-rebound mark as it shows a commitment from the guard to fighting bigger players for boards.

For those who need a temporary scoring boost, Osman is shooting over 52 percent from the field, and he’s taken more than 10 shots per game and has scored over 15 points per contest. Osman has been very crucial shooting from beyond the arc and has not only sunk two or more three-pointers per game, but he’s shooting over 47 percent from distance. Osman plays the most minutes of any Cavs reserve and even when Darius Garland is ready to return to action, Osman can continue being prioritized in Cleveland’s second unit. Osman has also posted three rebounds per game, and he’s dropped three or more dimes in three straight games. He’s a more reliable scorer than Isaac Okoro, Kevin Love and Dean Wade. With Garland expected back in the mix in the next couple of games, let’s see how the division of shots alters for the Cavs and if it impacts the reserves. Osman’s role should be safe and he’s currently playing 29 minutes per game off the bench.

Plumlee is in a bit of a timeshare with Nick Richards for center minutes, but he’s the starter and has the edge when it comes to playing time. He’s scored no fewer than eight points in any game and he’s grabbed seven or more rebounds and blocked shots in three of four games this season. One area that Plumlee has been helpful in is moving the ball around. He won’t just lower his head and try to bulldoze his way in the paint to draw contact. Plumlee will look for the open man at the arc when the defense is prioritizing the post. Plumlee has produced at least four assists in every game this season. Expect Plumlee to play around 25 minutes per game just like he did last season. The Hornets don’t have a lot of reliable frontcourt options and Plumlee’s minutes are safe as the Hornets will slowly develop rookie center Mark Williams.

Strus has been playing 30 minutes as a reserve for the Heat. He’s more useful on both sides of the ball in Miami’s mid-court than Duncan Robinson. Strus has shot 47 percent from the floor and is one of 4 Heat players to average double-digit shot attempts. Strus ranks third on the Heat in rebounding as he’s grabbed five and a half boards per contest. He’s not only hit the 20-point scoring mark 2 times in 6 games, but he’s scored 14 or more points in both of his last 2 contests. Strus provides the Heat defensive help off the bench in the back and mid-court, and he’s swatted away four shots this season. The Heat have an excellent schedule coming up against weak defensive western conference backcourts in their next handful of games and Strus should continue to post points and boards consistently.

The Magic are dealing with most of their backcourt being out and Ross has been starting and shooting over 49 percent from the floor. He’s scored in double figures and pulled down four boards in three of five games and he’s played at least 31 minutes in every Magic game. Ross is also good at reading screens, and he has quick hands and has swiped at least one ball per game in four of his last six seasons. He’s stolen the ball in all but one game this season. Ross’ usage goes way up with Cole Anthony and Jalen Suggs out of action. He’s the team’s strongest shooter among the active Magic players and he will continue playing heavy minutes with the Magic not having other options to turn too. He’s a reliable player for fantasy basketball and should be rostered as long as his strong shooting, rebounding and steals production continues.