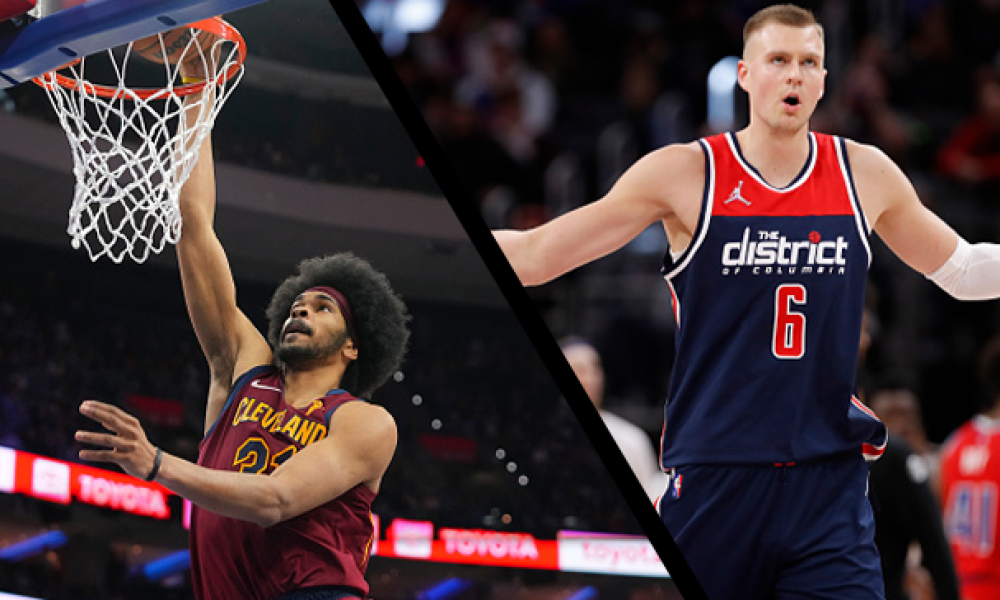 Regardless of what fantasy sport you play, positional scarcity will always come into play. In fantasy basketball that is generally the center position, and that is due to multiple reason. At a high level, there are simply less centers than other positions but as we dig into the specifics it comes down to what we are looking for from a statistical perspective. The center position should always be a strong source of blocked shots and rebounds, but the problem is then what impact said player will have on your free throw percentage. By the nature of the beast, centers are often driven up the board from an ADP perspective so the decision becomes that much more critical. Two options, Jarrett Allen of the Cleveland Cavaliers and Kristaps Porzingis of the Washington Wizards, are currently right next to each other in ADP (41.46 and 42.11). Now which one should we be drafting?

Why You Should Draft Jarrett Allen

After not having health issues in the first four years of his career, Allen only made it through 56 games last season, but at this point it does not appear to be anything serious that we need to be concerned about. The Cavaliers were an ascending team heading into this season and then after trading for Donovan Mitchell expectations are now even higher for Cleveland.

In his first full season with the Cavaliers, Allen put forth the best season of his career which in part was due to the fact that he played a career high of 32 minutes per game. Allen teamed up nicely with Evan Mobley last year as Cleveland is one of the few teams that play big, but it certainly worked for them. The addition of Mitchell will likely free up space in the paint and provide Allen with even more opportunity offensively.

With 16.1 points and 10.8 rebounds per game, Allen is a strong double-double option while also blocking 1.3 shots per game. Allen’s 67.7% field-goal percentage is a true asset which can help counteract a valuable option on the other end of that spectrum and the center’s 70.8% free-throw percentage is far from the liability we have seen from other centers.

Why You Should Draft Kristaps Porzingis

Someone has to score points in Washington. Yes, they have Bradley Beal, but the options after that become pretty bleak so we know that the Wizards are once again going to be relying on Porzingis to put points on the board. Well at least when Porzingis is on the court that is and health issues have been an underlying theme of his career as he has not played more than 66 games since his second year in the league.

When Porzingis is on the court, it is quite difficult to argue with his performance as he broke the 20-point mark (albeit barely once again) for the fourth straight season averaging 20.2 points per game last year after putting up 22.7, 20.4, and 20.1 points per game in the previous three seasons.

Porzingis does a solid job on the boards with 8.1 rebounds per game last year while chipping in with 2.3 assists and also adding 1.5 three-pointers per game. The latter stands out from the center position in his two previous seasons, Porzingis made more than two shots from downtown per game so there is real value here. Additionally, we get a solid 45.9% field-goal percentage and Porzingis is an asset from the free throw line at 86.7%.

When I am between two players, the quality of their team and health often serve to work as tiebreakers. Both of those items work in the favor of Allen and neither, especially the health, are trivial. We are beginning to see the best of what Allen has to offer and that field-goal percentage could really be a difference maker. Based on seasonal averages, they are right there with each other, but Allen is the pick here as we will get more points and rebounds from him over the course of the season.