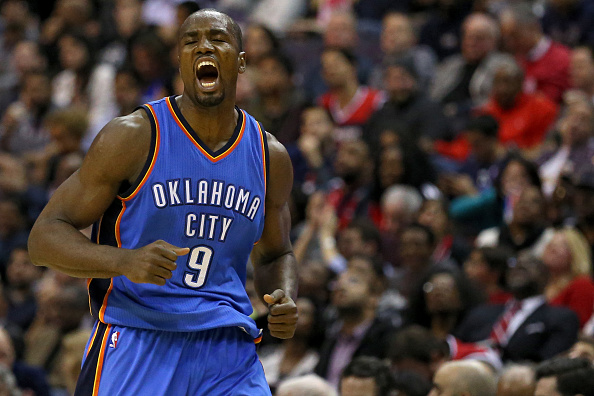 The playbook had a huge night Monday night, but it is time to focus on Tuesday's short slate of games( four games on the schedule). The point guard position is a no-brainer because Russell Westbrook is a must-start whenever Kevin Durant doesn't play and Reggie Jackson is going to be starting for the Pistons and he'll destroy his value. The shooting guard position actually has a good amount of talent tonight as Klay Thompson and Monta Ellis both have high ceilings. J.R. Smith has been playing well as of late, which makes him a good GPP option.

The small forward position is all about the low-tier players. People are going to spend up for LeBron, but he hasn't produced more than 43 fantasy points on Fanduel in eight straight games. That is why I can't stomach spending about a fifth of my budget on a player that will be lucky to reach 50 fantasy points (He wouldn't reach value even if he did manage 50 FP). James Johnson is getting more run as he has played 35 minutes in each of the past two games, which makes him a quality play tonight. Richard Jefferson is a risky option, but he is going to be starting for the Mavericks and costs close to minimum value on all sites.

The power forward position is all about the top-tier players as Serge Ibaka, Greg Monroe, and Kevin Love are really the only players worth playing at the position. Ibaka is one of the best plays at the position because he will pile up the points, rebounds, and blocks. Here is how I would rank the lower-tier options at power forward (in order): Amir Johnson, Kris Humphries, Anthony Tolliver, and Luis Scola. The mid-tier options are nothing special as none of them are worth using tonight.

The center position has a couple of great mid-tier options in Enes Kanter and Jonas Valanciunas. Kanter has double digit rebounds in five straight games and he could end up getting the second most shot attempts on the team behind Westbrook. Valanciunas is inconsistent, but love his value on Draftkings, especially if Patrick Patterson doesn't play. Andre Drummond is a good GPP option as he has dominated the Cavaliers this season.

Here is the Daily Fantasy Basketball Playbook for February 24th: