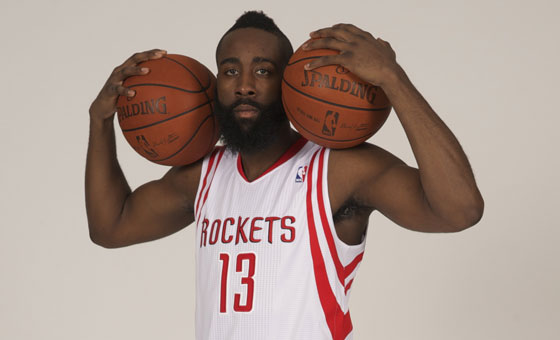 This is a perfect time to play some daily fantasy hoops as there are eight games on the slate on Monday night. James Harden and Pau Gasol are the top two players tonight as both players have incredibly high ceilings. There are plenty of value options at point guard, small forward, and center that will allow you to roster both of these players on Fanduel.

Ricky Rubio is my favorite point guard tonight as he is super cheap and continues to play at a high level. Deron Williams is another player to target at the position because he's going to play almost 40 minutes with Jarrett Jack out. Jerryd Bayless is a great low-tier option as well. James Harden is worth spending up for because he has a juicy matchup and will have the ball in his hands more often if Patrick Beverley is out. There are a couple of quality low-tier options in Louis Williams and Avery Bradley. Bradley has at least 20 field goal attempts in two straight games.

The small forward position is disgusting tonight as the top-tier options are over priced and the mid-tier options are nothing special. Danilo Gallinari will crush his value on Aces/Fanduel, while Tony Allen is a strong punt play on DraftKings.

The power forward position is loaded as the crafty veterans, Pau Gasol and Tim Duncan, are great plays tonight. Markieff Morris has a phenomenal matchup and will put huge fantasy points if his shot is falling. Brandon Bass is a superb low-tier play. The center position has so many quality options as Alex Len continues to be drastically under priced despite his high floor, Marc Gasol is under priced on DraftKings, and Rudy Gobert is a nice GPP option. Gorgui Dieng and Nikola Pekovic are cheap and both of them have high ceilings, but would feel better about playing them if Kevin Garnett doesn't play. Good luck tonight.

Here is the Daily Fantasy Basketball Playbook for February 23rd: