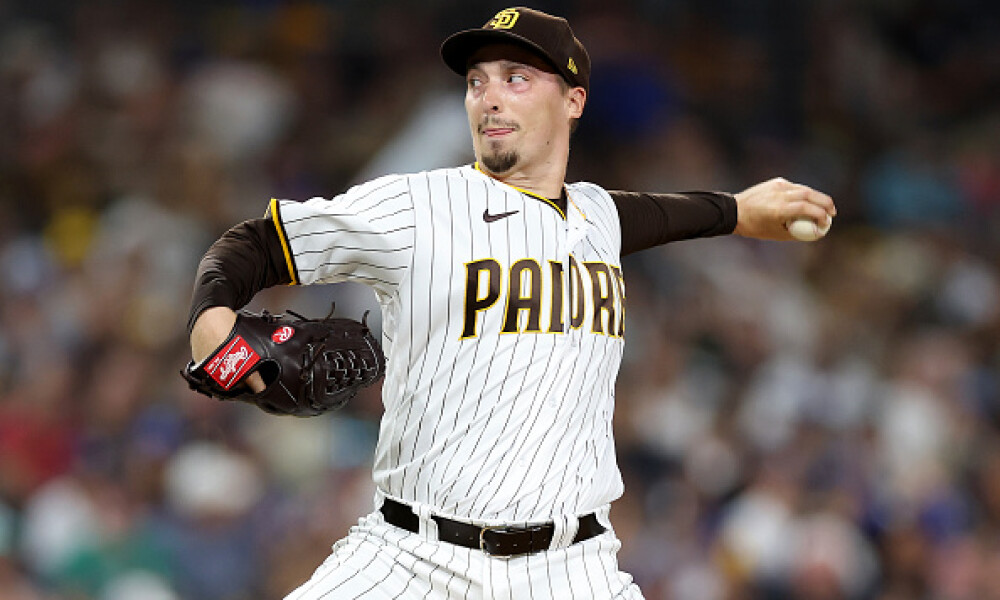 Does it really get any better than this? Well, if you are Ryan Helsley and the St. Louis Cardinals or Max Scherzer and the New York Mets, the answer is a resounding yes. But as baseball fans and MLB DFS players, four MLB playoff games in one day truly are peak enjoyment. The Wild Card round continues today, and we have a four game MLB DFS slate to work with. It is another day chock full of ace pitchers taking the mound which includes Aaron Nola, Jacob deGrom, and Blake Snell, so that puts the emphasis even more so on finding value both on the mound and at the plate. Remember to stay on top of the latest MLB news, MLB lineups, and MLB weather when setting and monitoring your lineup throughout the day. Now, let us take a look at some MLB DFS value options.

We are getting Snell at a substantial ($2.2k on DK) discount compared to where he ended the regular season and based on what we have seen from the Mets’ offense of late, they are not worthy of that respect. The left-hander enters the postseason from a clear position of strength 2.19 ERA in second half of the season over 78 innings with opposing hitters batting just .209 against him in that stretch. With 105 strikeouts over that same time frame, Snell has been overpowering the opposition. Against left-handed pitching, the Mets are just middle of the road offensively this season which should benefit Snell who has limited batters to just a 7.4%-barrel rate against him this year.

It is Tampa Bay and there is always going to be risk of lifting the starting pitcher early, and with Glasnow working his way back from injury, that is even more heightened. In his two starts this season, the right-hander went from 50 to 64 pitches while still maintaining a high level of effectiveness as he struck out seven batters in 3.2 shutout innings. Glasnow allowed just two hits and a walk and still finished with 20.5 DK points which is more than acceptable ROI on his salary. While Cleveland did emerge victorious yesterday, the Guardians are also one of weaker offenses taking the field today so that puts Glasnow in solid position as he has not missed a beat since returning from Tommy John surgery.

While Castellanos has not at all been the player we expected this season with Philadelphia, he gets a clean slate entering the postseason. That is certainly reflected in his price tonight after he went hitless on Friday although he did walk and come around to score. Castellanos was not alone among the Phillies of being quiet offensively until the ninth inning, but he did hit .288 over 45 games in the second half of the season. The Cardinals did burn through their big guns in the bullpen yesterday, so that could potentially lead to success for Castellanos and we cannot forget that he has two home runs (among four hits) in 15 at bats against Miles Mikolas in his career.

Frazier did pick up a hit yesterday, which extended his hit streak to seven games, but we are all about the BVP here. In 32 at bats against Kevin Gausman over his career, Frazier has 13 hits which is good for a .406 batting average and being stat line that certainly catches your attention.

At times over the past month, it has seemed as if Escobar was the only Met showing up offensively. Escobar certainly has had his share of success in September (.321 with eight home runs and 25 RBI) and he continued that by going deep on Friday. Through this season, Escobar has been better against left-handed pitching (he faces Blake Snell tonight) as he is hitting .259 with nine of his 20 home runs and 31 of 69 RBI against them in just 174 plate appearances compared to .231/11/38 with 368 plate appearances against right-handed pitching.

After the Mets laid down offensively last night it does seem odd that we target two of their hitters, but you would think that they would do better tonight. If not, then it is simply delusion but either way, it is hard not to like the price. Marte also has the platoon advantage tonight against Snell and he did not show any ill effects of the finger injury that kept him sidelined at the end of the regular season. Marte hit .292 with 16 home runs and 18 stolen bases this season while scoring 76 runs in 118 games to go along with 63 RBI as he was a valuable part of New York’s lineup. In his return last night, Marte did pick up a hit, but perhaps more importantly, he stole two bases.