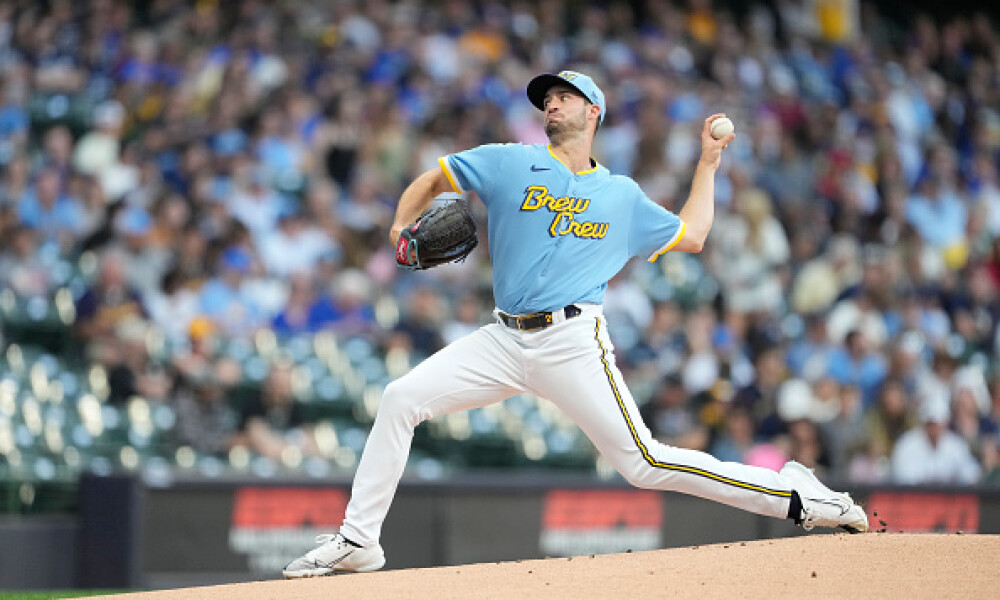 While we enjoy some Saturday night baseball, lets also win some cash at the same time. It feels like a weekday with a ten (or eight depending) game MLB DFS main slate to work with, so that means lots of options at our disposal. Make sure to stay up to date with all of the latest MLB lineups, MLB weather, and MLB news throughout the day in the quest for some winning MLB DFS value picks.

Dunning only has one victory on the season so while that might not be the most attractive, chasing wins in DFS has become increasingly difficult. Instead, I would prefer to focus on his solid 7.85 strikeouts per nine innings as well as a 4.30 ERA that we can work with. In each of his last two starts, Dunning has held opponents to just two runs each, but more importantly are his splits. Dunning is seemingly a different pitcher at home, where he takes the mound tonight, with a 3.42 ERA and .228 opponent batting average compared to 5.08 ERA and .301 opponent batting average on the road. If the former were his seasonal stats, Dunning would likely be a little more costly tonight.

Facing Cincinnati is one of the more favorable matchups from a pitching perspective on tonight’s slate, and Ashby is the starter in position to take advantage of it. All five of the runs Ashby allowed in his last start were unearned and thanks to six strikeouts, he still finished with 18 DK points as his ERA fell to 4.13 on the season. All of Ashby’s ERA metrics (3.54 xERA) suggest he is pitching better than that though as he looks for some positive regression on his .335 BABIP and 69.8% strand rate. Between a 55.5% ground ball rate and 10.93 strikeouts per nine innings, Ashby has the ability to get out trouble and the latter is also a DFS asset.

The Giants are one of the best teams at platooning, and that also helps to keep La Stella’s DFS salary in the value territory. In each of his last two starts, La Stella picked up two hits, and it is a favorable matchup tonight for both the utility player and the Giants as a whole as they face Adam Oller.  La Stella is hitting .242 in 141 plate appearances this season and if he bats atop San Francisco’s order as expected, it should be a busy game for him as a solid, low-cost, piece of any Giants’ stack.

Staying at the top of the order, Davis appears to have settled into that role for Boston. The sample size is still quite small, 21 plate appearances, but Davis is hitting .333 for Boston. Boston is expected to score about five runs tonight per their implied total, and I would expect their lead-off to be involved. This is especially true with a cost that fits nicely in any stack and/or lineup.

Thomas has seven hits in his last 17 at bats and tonight he gets a favorable matchup at home against Antonio Senzatela. The Colorado hurler has also struggled on the road this season so that makes him ripe to be targeted. Through 74 games, the rookie is hitting a solid .258 with eight home runs, 29 RBI, 34 runs scored and four stolen bases. With a .272 batting average and seven of his home runs against right-handed pitching, Thomas has a clear platoon advantage tonight as well.

Let’s go back to targeting Oller as Belt has been decidedly better against right-handed pitching both so far this season (seven of his eight home runs and a .255 batting average compared to .204) and in his career. With a 7.68 ERA on the season, Oller is ripe to be targeted and the fact that he allows 2.56 home runs per nine innings as well also makes things more attractive.