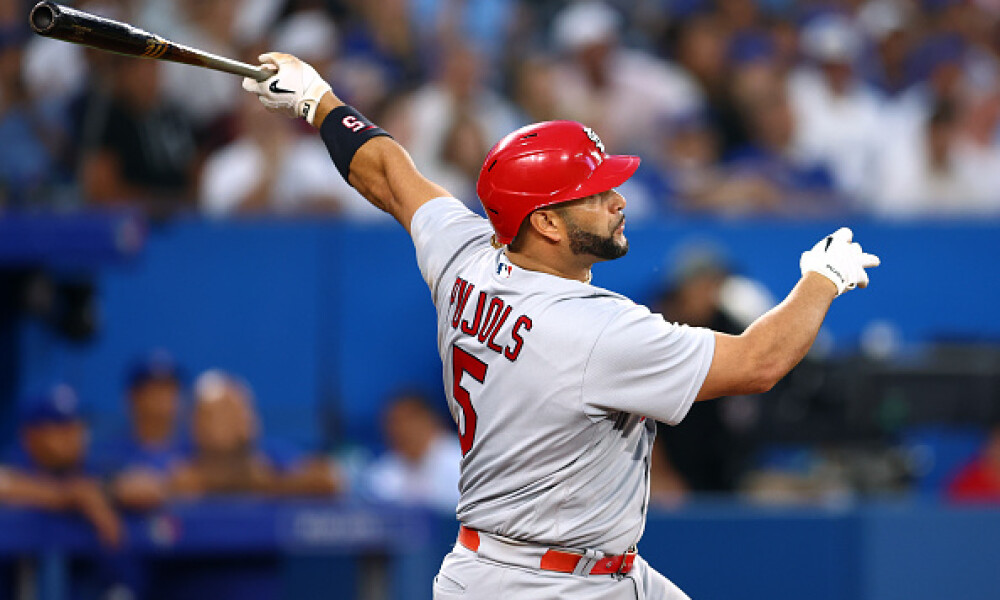 Tonight’s slate is pretty consistent across the board as DraftKings, Yahoo, and FanDuel will all use a 7:05 pm ET main slate. DraftKings and FanDuel will use eight games, while Yahoo will use seven (dropping game two of the Cubs/Cardinals doubleheader). We have a solid value on the mound in Noah Syndergaard making his Phillies debut against the Nationals and another arm in Cole Ragans who is making his MLB debut at a very cheap DFS price. There are a couple MLB weather concerns on this slate, so keep up with the weather center leading up to first pitch. Lastly, don’t forget to check out MLB implied runs totals using our Vegas Odds link and to use our MLB DFS lineup generator. Let’s dive into our MLB DFS picks today!

Cole Ragans will make his MLB debut tonight and while it’s a tough matchup, he is extremely cheap and he has been great at AA and AAA this year; he has pitched 94.2 innings in the minors this season and compiled a 3.04 ERA with 113 strikeouts. His price tag allows you to spend up for Justin Verlander or Alek Manoah while still having plenty of money left for bats.

Noah Syndergaard isn’t as cheap as Cole Ragans, but he is someone that you can be more confident in because we have more to go off of and he has a better matchup. He is coming off a strong start in which he fired 5.2 innings of one-run ball with 6 Ks and he now has a 3.83 ERA on the year. The Nationals lineup is really bad now that they traded away Juan Soto and Josh Bell.

Vinnie Pasquantino hasn’t been great thus far in the big leagues, but the power is still real and at the minimum price, he is worth a roll of the dice. He has three home runs so far, which is a low total, but he did have 18 in 69 games at AAA prior to his call-up. Nick Pivetta has been getting rocked lately with a 9.38 ERA and a .371 BAA across his last five starts, so that certainly doesn’t hurt.

Tucker is your Yahoo special of the day as he is only $11, which makes absolutely no sense. He is hitting just .241 on the year, but the important parts of his season are great as he has 19 dingers, 16 steals, and 67 RBI. He is coming off a strong game in which he went 2-4 with a double and two RBI and now he gets to face Zach Plesac, who has a 4.33 ERA and 1.29 WHIP on the season.