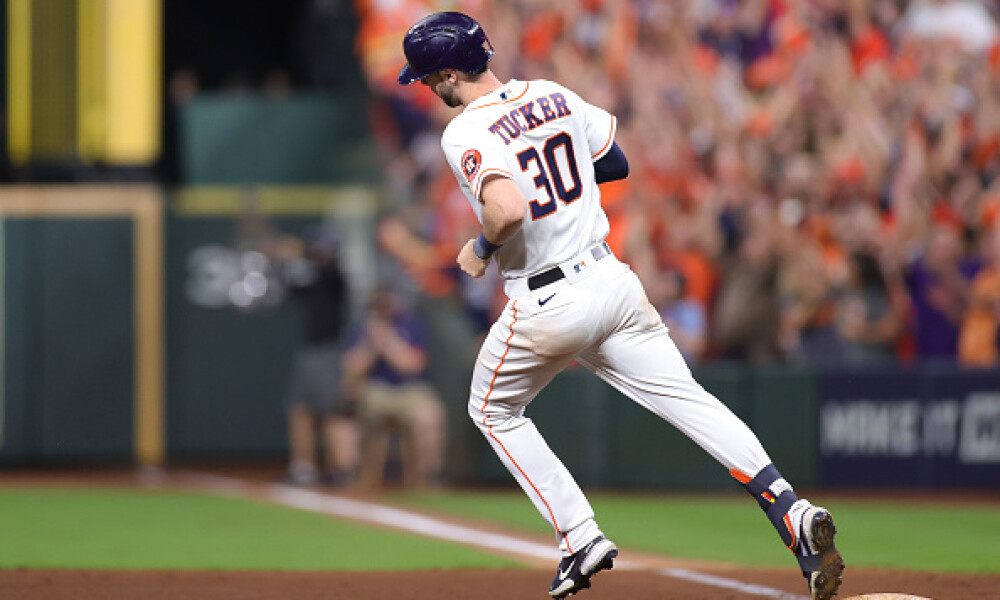 Welcome to the Wednesday edition of the DFS Alarm Value Vault. Tonight, we have eight MLB DFS games on DraftKings, FanDuel, and Yahoo and I have pored through the data and advanced metrics to find some of the best point per dollar plays on the slate. We know all about the expensive studs but you still need some bargain plays to get into that green so let’s go unlock this safe and see who is in today’s DFS Value Vault…

With Anthony DeSclafani shut down for at least two weeks with right ankle inflammation a hole was opened up for a #3 starter in the Giants rotation. Enter Jakob Junis, who will get the ball in the finale of the Bay Bridge series against the A’s.

Junis tossed five shutout innings of relief against Washington last Friday and is in position work-load wise to give the Giants a near stretched-out start. He threw 61 pitches on Friday- even though he was built up for a 75 minimum- and will be working on four days rest.

The Giants have a reputation of getting the most out of their pitchers and the ex-Royal (2-4, 5.26 ERA in 2021) comes into tonight’s start with a revamped changeup that has allowed him to lean on his fastball much less which resulted in the changeup and slider accounting for 52 of his 61 pitches on Friday. At only $6.0K Junis is more of a value on DK since he is priced up to $7.9K on FD..

I am one of Charlie Morton’s biggest fans and still believe in the right-hander with the magical curveball. After an opening day win over the Reds, Morton has lost two straight games (to the Padres and Dodgers) and both DK and FD have dropped his salary by more than $1K. On DK, six pitchers are priced higher tonight and on FD there are eight more expensive arms.

Morton is physically healthy and faced two good offenses in the Padres and Dodgers. He will bounce back like he always does and is in a great spot tonight against a Cubs lineup that is littered with strikeouts against right-handed pitching (24% K rate). Despite his recent troubles Morton still has a 28% strikeout rate, 3.66xFIP, and near 50% groundball rate going back to 2021.

Trey Mancini is hitting .237 after his first 16 games with a .339 slugging percentage. However, he certainly is not hitting the ball like a .237 hitter- just check out his data from Statcast. His expected batting average (xBA) is .346 making him one of the five unluckiest hitters in the game. xBA takes the launch angle and exit velocity of every ball put in play to give the probability that it’ll become a hit. 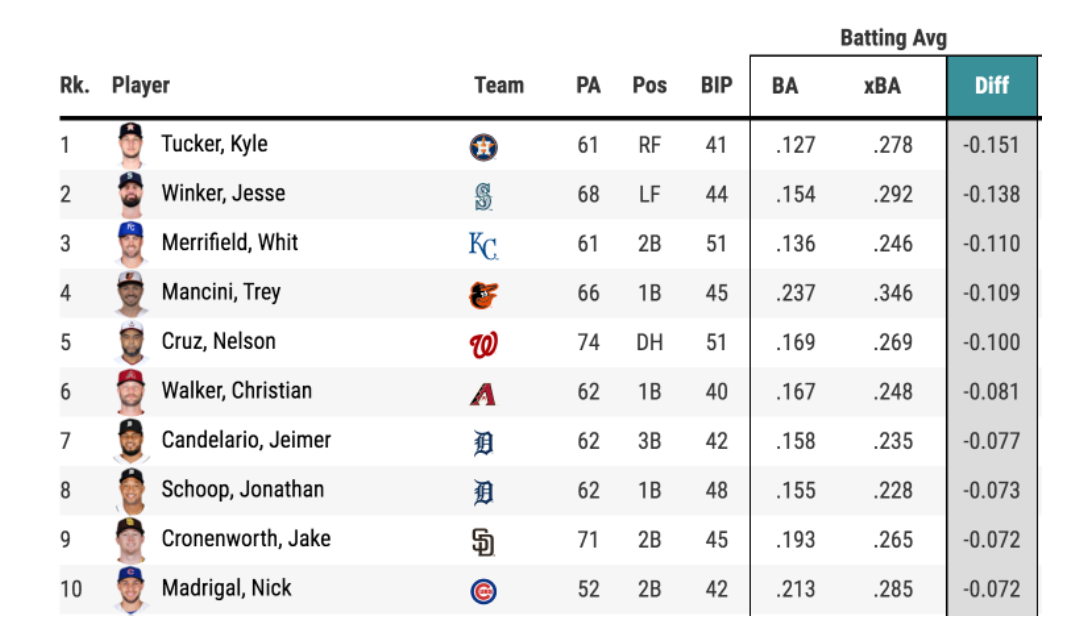 Tonight, Mancini faces Jordan Montgomery whom he is 10-for-23 (.435) lifetime against in Yankees Stadium with the wind blowing out. With a top 85% ranking in barreled balls and exit velocity against lefties over the past two weeks, Mancini is a bargain tonight on all sites.

Let’s go back to that Statcast BA/xBA differential chart. Do you see who is the top unluckiest hitter? Kyle Tucker. He is too good to be down this long and his rejuvenation may have started last night when he his a 425-foot bomb and drove in three runs in the Astros 5-1 win over the Rangers.

Tucker is starting to raise his average and after a 1-for35 skid, he now has seven hits in his last four games and is hitting .290 over the last week. Tonight, he gets what should be a smash matchup against right-hander Glenn Otto. Since the start of the 2021 season, Tucker has carried a .244 ISO/.378wOBA with hard contact and fly ball rates north of 40% to righties. Load up on Kyle Tucker on all sites.

Alex Verdugo came to Boston in an impossible situation- replacing one of the best homegrown players over the last 40-50 years. He may not have the power of Mookie Betts, but Verdugo has held his own hitting .290 last year with 13 home runs and 68 RBIs.

Tonight, he comes into the game against Toronto hitting .260 and in a solid matchup with right-hander Ross Stripling whom he is 3-for-7 lifetime against. Verdugo should be hitting near the top of the order with the platoon advantage and a .183 ISO/.378wOBA with 41% hard contact. Stripling will have his hands full tonight as he has a 4.90xFIP and doesn’t miss many bats (sub 20% K rate) while allowing lots of hard contact and flyballs (40%+ for both).

The Blue Jays are a team loaded with all-star talent but infielder Santiago Espinal has forced his way into the starting lineup. At a first glance, Espinal’s contact and on-base metrics do not jump off the page as he’s hitting .268 with a .333 OBP, .263 BABIP, and a .306 wOBA.

Those results are deceiving though and we have another unlucky player on our hands as Espinal carries a .307 xAVG, a .525 xSLG, and a .377 xwOBA. He has blasted off with a 52.5% hard-hit rate and a 12.5% barrel rate this season- good for second-highest on the team to Vlad Guerrero Jr who has 53.1% hard-hit and 16.3% barrel rates. With seven hits over his last five games and two home runs in that span, Espinal is in play tonight with a solid floor against Michael Wacha and the Red Sox.