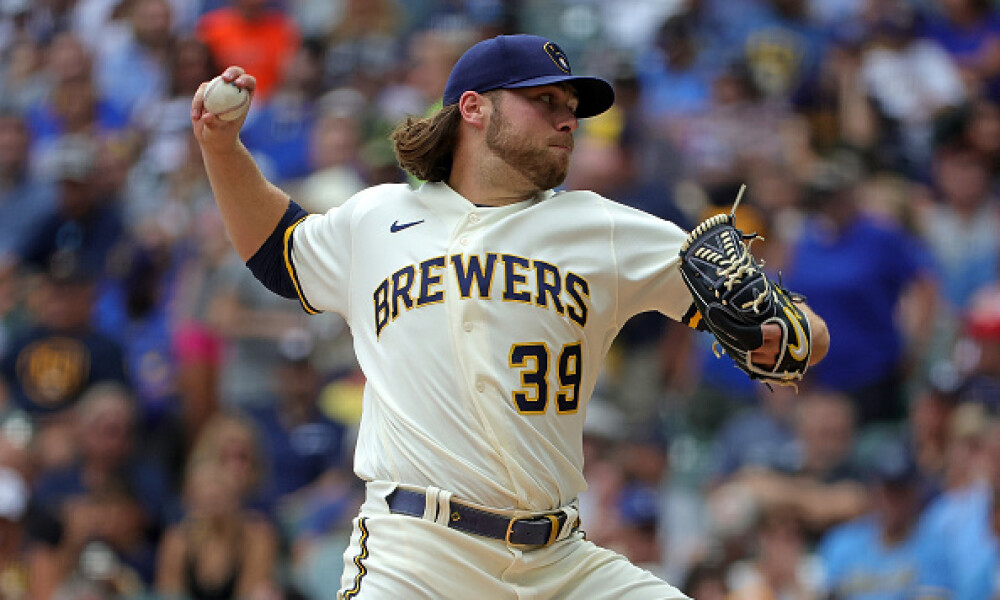 Not a whole lot of time left in the 2022 fantasy baseball season, and if you are competing for a league championship or a spot in the playoffs, it is time to scan the waiver wire and free agent lists for those unclaimed gems to bolster your fantasy baseball pitching rotations. Plus, injuries do not take a vacation, and you need to keep appraised of those who will be absent and move swiftly to plug those holes. Thus, this article to provide a bit of guidance. Please realize that these articles feature most recent rotation information available when the article is written, but that circumstances do change due to weather conditions, injuries and general craziness with managers. If a pitcher listed here as having two starts ends up with one (or perhaps none) in the upcoming week, apologies but this article is meant to provide analysis, it is up to the manager to set the lineups or rotations. Without further ado, here are this week’s two start pitchers…

These nine pitchers are the dual start options you want to have gracing your roster this particular scoring period. Plug them into your rotations when their turn arrives, and reap the benefits.

Matt Manning has tossed three quality starts (QS) in his five starts since returning to the active Detroit roster. In his August starts to date, he has accumulated a sterling 2.40 ERA and attractive 1.20 WHIP, while striking out opposing hitters at a rate of 8.1 K/9 through those 30.0 IP. He has two home games on the slate this week, where he has been incredibly effective and will look to continue his prowess against the Mariners and Royals.

Andrew Heaney has fanned 10 hitters in each of his last two trips atop the hill, and went six innings for a QS and victory against the Brewers in his most recent outing. Since returning to action at the end of July he has posted a sub-3.00 ERA (2.73) and a stellar 1.10 WHIP over 26.1 IP. The 13.3 K/9 through those six contests is a strong selling point, as well. Heading across the country to take on the Mets is not an ideal matchup, but then again, he does pitch for the team with the best record in all of baseball.

Spenser Watkins has been a more effective hurler when pitching on the road in 2022, so the early week trip to Cleveland is not a reason to shy away from employing his services. Taking on the less than intimidating Oakland team at home also contains potential fantasy goodness. He is coming off a QS at home against the White Sox that saw him push his ERA below 4.00. Just do not bank on the counting stats when using him in your rotation, with his below average 5.2 K/9 rate over his 84.0 IP.

Mike Clevinger took a loss in his last outing, while dealing a QS against the Guardians at home, allowing just two earned runs in that game. Both those tallies came on the solo dingers, an aberration for the veteran righty (1.2 HR/9 through 80.1 IP). He has a pair of road contests lined up in Week 21, not exactly a superior situation, as his best work has been at Petco Park this season, which pushes him down to the middle range of the middle tier.

Taijuan Walker lasted five innings, which indicated the back issue that limited his activity in the previous game were a temporary issue. Taking on the Dodgers, even at home, is not a premier first outing in the scoring period, but the second scheduled trip to the bump against the woeful Nationals, also at home, is much more promising for pitching value. Thus, despite the dual start status, he is more of a single game pitcher this week.

Pablo López shut out the A’s on four hits for a QS victory in his most recent time toeing the rubber. Not a shock that it was in Oakland, given his home/road splits this season, and the looming prospect of the Dodgers coming to Miami makes him the second of our two-start middle tier denizens that is profiling as a better single start option, with him coming one out short of a QS in prior start this year against Atlanta, that game taking place in Miami. His nearly one K per inning production in the count stat arena is in his favor (8.7 K/9 over 140.0 IP).

José Berríos has a couple of nice matchups in store this coming week, and he is coming off a no-decision QS. He also has collected 15 Ks over his last 12.2 IP, and gets to take on a pair of teams in the top range of free-swinging offenses (7th and 3rd respectively, Cubs and Pirates). He has been showing improvement over the recent starts he has made for the Jays.

The two-start risks populate this tier, and none of these arms are worthy of plugging in for two trips to the hill, and most of the starts here are not even worthy of a streaming consideration. Giolito, were he not pitching at home both of his Week 21 starts, might have made the middle tier, but he has struggled at home too much to be worthy of consideration. Avoid these SPs to avoid harming your ratios this late in the season.

If Henry, Arizona’s rookie southpaw was not pitching at home, this would easily be an matchup where the visiting hurler were the only appealing option, but Henry is being called to climb the hill in Phoenix, and thus has utility. The Philly lefty, Falter, is the better K option in this contest, but both pitchers are providing small sample sizes to judge their potential value by. There is a true dearth of available streaming options to open the scoring period, though, so having both sides of matchup to choose from is a small gift.

Yet another left-handed youngster, Sears has strung together three effective outings, tossing 15.1 IP and racking up some impressive ratio stats: 1.76 ERA and 1.11 WHIP during that stretch. He has shown good control, but his K rate is below average (5.5 K/9 over 37.1 IP. The matchup is also superb, even with the rookie pitching on the road.

Smyly has looked sharp in his last four outings, comprised of 24.0 IP, where he has racked up 23 Ks against just five free passes. He has only allowed three earned runs over that period, too, for a superb 1.13 ERA and 0.92 WHIP, some desirable ratio numbers for those plugging him into their rotations. He will be looking to avenge his earlier loss to this same opposing SP, who out-dueled the Cub southpaw in St. Louis on August 22nd.

Peterson will rejoin the Met rotation with Carlos Carrasco on the injured list due to an oblique injury, and will seek to pick up and continue his earlier success on the bump prior to his demotion to Triple-A. He gets to face a great opponent in the form of the struggling Nationals, at home.

Kremer has tossed a pair of recent fine efforts, picking up a 7.0 inning QS against the Blue Jays on the road, and holding the visiting Red Sox to a single earned run over 5.1 IP in his most recent trip to toe the rubber. He is an average K producer with good control, and the opponent is not overly dangerous.

Over his last five outings, the 30-year-old left-hander has compiled a stellar 2.08 ERA and 0.83 WHIP while amassing Ks at the superb rate of 10.4 per nine innings. He has also demonstrated excellent control, as evidenced by a 1.2 BB/9 rate over those 21.2 IP. He does not seem to prefer to pitch at home over on the road, based on his home/road splits, but the Yankees are considerably less formidable away from their home field.

Voth offers those who sneak him into their rotations a nice K rate (8.1 K/9 over 72.1 IP). He is also producing nice ratio stats in the month of August, with a 2.86 ERA and 1.09 WHIP over his four appearances to date (22.0 IP). As with teammate Kremer profiled above, the matchup is favorable here, and the A’s are middle of the pack in terms of swings and misses on offense.