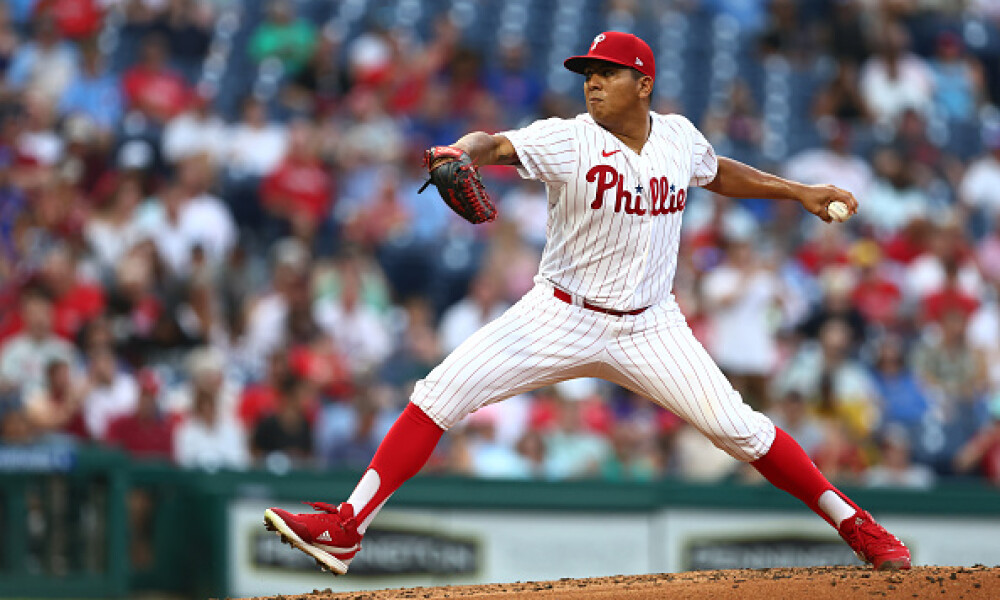 The final weeks of the MLB and Fantasy baseball season are upon us, and running their inevitable course. There are not so many top tier options this week, and a nearly identical number of arms to consider in the middle group that potentially are available to plug into your fantasy baseball lineups as you seek the league championship. As always, be wary of employing those residing in the bottom tier as the 2022 season plays out, plus keep an eye on that busy MLB injury report so you can adjust your rotations accordingly. Please realize that these articles feature most recent rotation information available when the article is written, but that circumstances do change due to weather conditions, injuries and general craziness with managers. If a pitcher listed here as having two starts ends up with one (or perhaps none) in the upcoming week, apologies but this article is meant to provide analysis, it is up to the manager to set the lineups or rotations. Without further ado, here are this week’s two start pitchers…

There are a limited number of hurlers to plug in and forget about this week. The final two denizens pitch for the Twins who are fighting for the AL Central division title. Please note that Mahle is not guaranteed to be a dual SP this upcoming scoring period, due to his shoulder issues, so please do not forget to check on his status if he is part of your fantasy rotation in Week 20.

Drew Smyly has allowed a total of two earned runs over his last 17.0 IP. While his team is definitely out of the playoff hunt, the opponents this week are division opponents, which ups the pride stakes, presumably. The veteran southpaw has been better at home than away from Wrigley, although the Brewers are an easier mark for him to rack up some Ks. A 3.82 K/BB ratio indicates that his control is an asset that serves him well this season.

Edward Cabrera has been spectacular, albeit in a limited MLB sample size, posting a sub-2.00 ERA and a WHIP hovering around the 1.00 range. His matchups portend good things, facing the A’s on the road where the Oakland fortunes have not been great, and then getting the Dodgers back in Miami, a better venue than out on the West Coast. With 21 Ks over his last 14.2 IP, the whiff potential is there, and his control is showing signs of improving, too.

Ranger Suárez has collected three quality starts (QS) over his last four outings, and is also striking out a hitter per frame over that stretch, making him a valuable fantasy asset. He has posted a superior 1.42 ERA and 0.91 WHIP over those 25.1 IP, and has another pair of attractive matchups in store in the coming scoring period.

Noah Syndergaard, as with his teammate profiled a paragraph above, has a pair of nice matchups to power his mound efforts in Week 20. He was scheduled for a two-start week in Week 19 until his Sunday start was shifted to Monday, and now this is the dual-performance opportunity for his owners. He will seek to build on his two-game quality start streak, and offers good not great control and strikeout numbers.

Austin Voth has joined an improved Baltimore rotation in 2022, and is coming off a stellar effort where he held the host Blue Jays to no runs, earned or otherwise, over six innings, allowing just two hits, although he was outdueled by Ross Stripling and was denied a decision in the contest. His second trip to the hill in Week 20 is not nearly as enticing, as he heads to Houston, so perhaps his two start status is not etched in stone for his fantasy owners, although the first against the White Sox an home has appeal.

Ross Stripling was the opponent that out-pitched the Oriole arm profiled immediately above, twirling a perfect game into the seventh frame, and ending up with just one hit allowed over 6.1 IP. Coming back from a hip issue, he looked dominant, and collected seven Ks while not handing out a free pass in the contest. He has a pair of favorable matchups on the slate, too.

Eric Lauer has tossed three consecutive QS, but only has one victory over that stretch, having been saddled with a pair of losses in his two most recent trips to climb the hill. He continues to offer his owners attractive ratio stats, with an ERA in the mid-3 range and a 1.20 WHIP through his 125.2 IP. In Week 20, his second time toeing the rubber is the one presenting the best potential for success, as a trip of LA to take on the Dodgers is not a recipe for pitching success in 2022 for the most part.

Michael Kopech has been a solid if not exciting SP during his recent seven start stretch, and has accumulated three QS in his prior four contests where he was the starting pitcher. Other than a aberrant 11 K effort against the Tigers, though, his K rate is below average. He does offer nice ratio stats, if that is what you seek, and his matchups in Week 20 show potential for good results.

These pitchers are those you want to avoid, despite the dual appearance allure they possess. Their performances will likely result in damage to your ratio stat line, without a ton of contribution to your counting stat numbers. Occasionally there might be a tempting matchup based on the opponent and venue, but this week, not so much here to take a chance on without huge risk.

The Angel southpaw saw his scoreless streak end against the visiting Mariners when he allowed three runs in the sixth frame. He takes his stuff on the road, where he has been effective this season, and will look to rack up some Ks, as he has been striking out nearly a batter per inning this season over his 67.2 IP to date.

Coming off a seven IP two hit shutout effort at home against the Red Sox, the Pittsburgh veteran righty will have another home effort if the blister he developed in his last trip to the hill does not sideline him. His 9.3 K/9 rate would serve him well against the free-swinging Brave offense, so keep an eye on his status and plug him into your fantasy lineup if he is allowed to toe the rubber in this contest.

The fifth-year right-hander is featuring a sub-4.00 ERA through 59.0 IP, and generates strikeouts at an average rate (7.3 K/). He gets to face the division-leading Cards at home, a positive point as the Cardinals are a sub-.500 road team this season.

The first of two Oriole SPs featured mid-week as streaming options, the 29-year-old righty is coming off a tough-luck home loss, yielding just one earned tally to the Cubs on five hits. He gets the other Chicago team here, and tries to keep his recent strong performance on the bump continuing forward.

The veteran Lyles has been highly effective when pitching on his home mound. He offers slightly better than average K numbers with a 7.6 K/9 rate over his 134.0 IP to date in 2022. Neither he nor teammate Watkins are great options, but they both have the chance to provide decent pitching stats, and it is fun to be able to suggest Oriole arms as positive assets this season.

Steele offers better than a punchout per frame when he is on the bump, although his control could certainly use some tweaking: 9.3 K/9, 3.8 BB/9 through 107.2 IP this year to date. He has a two game consecutive QS streak behind him, and gets to face the fifth-highest strikeout producing offense, albeit on the road, the main downside to his late week start against the Brewers.

Wacha came back from his injury hiatus strong, stringing together seven shutout innings against the Yankees at Fenway Park, while also racking up nine Ks in a victory over the division-rivals. He faces another division opponent at home in this contest, a team that strikes out plenty and is below .500 on the road.

Bubic has been faring well at home lately, and has collected 25 Ks over his last four outings, comprising 23.1 IP in those four starts. He came within an out of compiling five QS among his last six starts, as well.

The Cleveland 27-year-old righthander continues to work on reducing his ugly, inflated ERA and WHIP. He is coming off a season-high 10 K effort where despite holding the Tigers to one earned tally over 6.0 IP, he was no-decisioned for the fourth straight outing. He will seek to continue to miss bats out in Seattle at the end of the scoring period in this contest.

The third Oriole to grace the streaming options this week, the young righty has been up and down of late, but still has a useful set of ratio stats at his command. He exhibits good control and command, and collects whiffs at an average rate (7.0 K/9 through 13 starts). He has not been bothered greatly when pitching away from Camden Yards in 2022, although facing the Astros in Houston is not an ideal matchup no matter how you slice it.