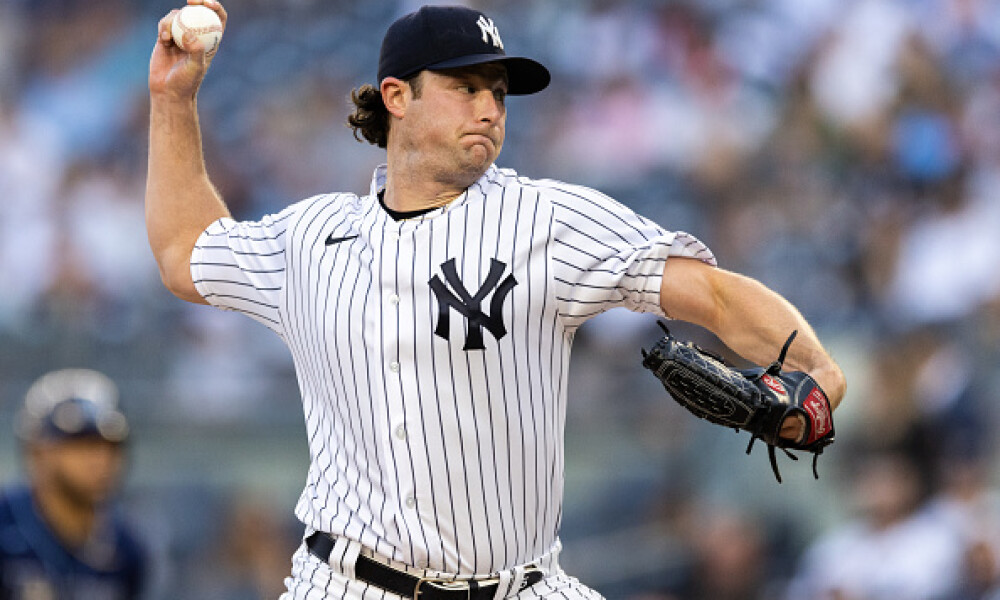 Please realize that these articles feature most recent rotation information available when the article is written, but that circumstances do change due to weather conditions, injuries and general craziness with managers. If a pitcher listed here as having two starts ends up with one (or perhaps none) in the upcoming week, apologies but this article is meant to provide analysis, it is up to the manager to set the lineups or rotations. Without further ado, here are this week’s two start pitchers.

These dozen starting pitchers are those who provide the best option if you are fortunate enough to have them gracing your active roster and can slide them into your fantasy baseball rotation for the coming week. The venue and the opponent do not matter; these are the hurlers that deserve to grace your lineup for both of their trips to the hill in Week 11. Strider is the newcomer this week; interested to see if he sticks atop the tiers.

Davies tops the middle tier, despite opening on the road and dueling one of the other middle group in his second start of Week 11 when Detroit trots out Alex Faedo on the road. He has been unlucky to an extreme, having tossed three consecutive quality starts (QS), all no-decision efforts. He has also upped his K game, striking out a batter per inning over his last three starts.

Speaking of Davies’ second opponent of the scoring period, Faedo saw his storied 2022 season suffer a roadblock, having been roughed up by the White Sox in Week 10 to the tune of seven earned runs in just three innings of action. Prior to that, his seven starts had seen him compile an attractive 2.92 ERA and 1.24 WHIP. The K count is not spectacular, with 28 Ks over those 37.0 IP. Both his Week 11 trips to the bump are away from Comerica Park, but he has fared better on the road in his first season in the majors, so that should not be off-putting if you were considering employing his services this coming week.

Mahle, as a Cincy SP, is certainly not sitting atop the list of desirable arms to plug into a fantasy rotation, yet he has twirled seven QS out of his last eight starts. He also has collected double digit Ks in both of his most recent trips atop the bump. Having to face a couple of tough opponents is not an ideal setup to continue his recent success, but his skills have been displayed enough in recent times to have some faith in his talents on the mound.

Ryan’s return to action after a COVID-19 induced absence saw a pitcher that had some rust to cast off. Given his production prior to the illness-2.81 ERA, 1.02 WHIP, 45:15 K/BB ratio-the chances are reasonably likely to see him return to dominance as he settles back in. Especially with two home games on the calendar.

Plenty of pitchers to avoid this week despite their dual start status. Although these arms are not necessarily toxic in all circumstances, say when facing a lesser opponent (Detroit, KC, Washington, Cincy, etc.), the sad reality is that more frequently plugging them into your rotation will have a negative effect on your ratio stats and not provide much help in terms of boosting your counting stats, either. Avoid these pitchers unless you are truly desperate for innings due to league settings. Just a suggestion, mind ya.

The sole streaming option this day exists on both sides of the field. It is fairly easy to discount the Tigers this season, but their pitching has kept them in contests while their bats are frequently absent or extremely quiet. Beau Brieske has been on a nice roll of late, with two QS sandwiching another fine start where he came within one out of collecting another QS while holding the opponents scoreless. But Rich Hill is also in play. Neither of these arms are going to wow you with their strikeout prowess, but are effective at limiting the free passes. Hill has struggled more at home, especially with the long ball, but Detroit is not an offense that frequently finds the seats.

MadBum again makes it onto the slate of streaming options, this time on the road where his results have been less impressive than when pitching at home. Then again, he is on a four loss streak, although that is attributable to his teams’ lack of offensive support, as he sports a useful 3.50 ERA and 1.29 WHIP. He is pitching well, but the results in the W/L column do not reflect his competency.

Stripling has been working as both a starter and out of the bullpen, but his latest efforts may secure him a spot in the Blue Jay rotation going forward. He has collected a pair of victories by holding the opponents off the scoreboard over 11.0 IP, while allowing merely one hit in each of the last two trips to the hill as an SP. He is demonstrating excellent control (1.7 BB/9 through 43.0 IP) while contributing an average number of Ks (7.3 K/9). He heads to the Windy City for this start, but the host White Sox are a sub-.500 team at Guaranteed Rate Field this season to date.

Thompson has had one bad game over his last seven trips to the bump, and sports an excellent 2.34 ERA and 0.98 WHIP over those 34.2 IP. He gets to face a weak division opponent at home, where he has been more effective in 2022, not that his team is exactly burning up the league, either. He is an average source of Ks, if you like that sort of thing.

Flexen now possesses an unattractive 2-8 record this season, after suffering two consecutive losses while not pitching terribly. He accumulated a 3.04 ERA over his last four starts, comprised of 23.2 IP, although his 1.39 WHIP and 6.1 K/9 rate over those frames may explain his failure to notch any victories. Here, he takes on a team that sports an awful 7-23 record at home, so perhaps things will turn around for the Seattle righty. No promises, though.

Over the veteran southpaw’s last five outings, he has compiled a useful 3.72 ERA and 1.21 WHIP, and that with a stumble against the Nationals where he allowed five earned tallies. He has been more effective on the road again this season, not a surprise for a SP that calls Coors Field his home park. Continuing a trend among these streaming options, he is merely an average K producer, but to his credit, he does not yield many round trippers when toeing the rubber.

The 31-year-old righty is coming off a nine K effort, his best of the season, but not a surprise as he is averaging just over a K per inning on the season (9.1 K/9 through 55.1 IP). His control is an ongoing issue, as evidenced by his inflated 1.39 WHIP. This is not a superb matchup, since Martinez has been more efficient on the road than at home, but given recent results, not a poor gamble that he can continue to provide fantasy value.

The A’s 28-year-old lefty took a loss in his most recent appearance, and a bump in his ratio stats, although he still possesses an attractive 3.34 ERA and 1.25 WHIP through his 10 starts in 2022. He is a below average K producer with good control. He is a much better hurler at home, so heading to Kansas City is not ideal for this streaming option, but the Royals are not exactly an intimidating opponent, either.

If not for the opponent, there would be little to recommend the Texas righty, as his offense is not doing him a lot of favors in his search for his second win this season. He does offer quality K potential, sporting a useful 8.6 K/9 through 71.1 IP. The 4.04 ERA is not terrible by any means, although the bloated 1.30 WHIP is not pretty for fantasy purposes.