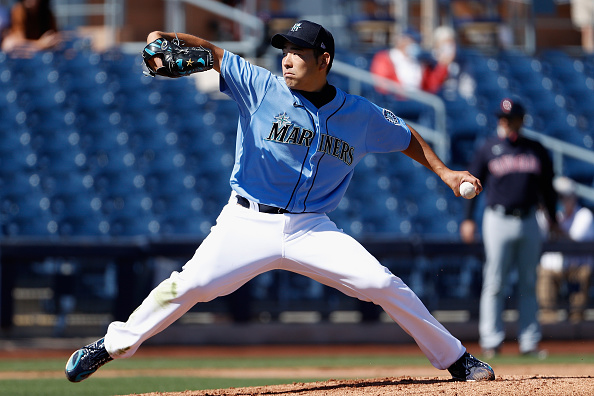 This article will present the upcoming week’s slate of two-start pitching options to choose from, together with suggestions for SPs that could be useful if you choose to stream starting pitching in and out of your lineups or are looking for an arm to pep up your pitching performance in the upcoming scoring period. Because the first week of the season is comprised of just 4 days of game, however, there are no two-start pitchers available.

Beginning next week, though, the beginning portion of this piece will set for three groups of two-start SPs: the definite starters, the potential arms of interest, and the ones to avoid. Most of the discussion will be focused on the middle tier, as those hurlers all have positive and negative aspects that come with the decision to employ their services on a weekly basis (if not a more long- term set of circumstances in certain cases).

Let’s get it out of the way: spring training stats are notoriously lacking trustworthiness, as they are accumulated against players who are not going to be found in the majors this coming season, or are generated by pitchers coming back from injury, or working on a new pitch or grip or some change to their approach on the mound. That being said, Eovaldi has been awful this spring but is also coming off a great 2020. He gets the Opening Day honor, with Eduardo Rodríguez being sidelined to open the season with a “dead” arm. He is a good source of strikeouts and if he has figured out his control and stops handing out excessive free passes to opposing hitters, he could factor in as a decent SP3/4 going through the season.

Kikuchi looked to have issues with the differences between a MLB season (albeit a shortened one) and his experience in Japan, resulting in an inflated set of ratio stats in his two seasons with Seattle. He added a cutter to his repertoire last season, and pushed his WHIP down to a respectable level, while allowing him to continue to rack up the Ks. The team seems intent on keeping his workload managed to allow continued development at the MLB level, and his underlying metrics indicate that he is a good candidate to produce better results for the Mariners and his fantasy owners heading into 2021.

Teheran was a dependable SP3/4 until he left the Braves for a true disaster of a short season with the Angels in 2020. He has shown more than flashes of his prior skill set this spring for the Tigers, racking up 15 Ks over his 11 IP, and posting nice ratios in the form of a 2.45 ERA and 0.64 WHIP. He joins the starting rotation for Detroit while Spencer Turnbull languishes on the COVID-19 IL to open the season, although if his spring success continues, the Tigers will find a place for him on the hill.

The second Mariner to grace the streaming suggestions this week, Sheffield should continue to provide his owners with good ratio stats, although his strikeout numbers are average and project at just a bit over the median going forward. On the plus side, he is effective at generating groundballs and thus his HR/FB ratio developed into a superb 4.4% over his 55.1 IP in 2020, resulting in an exceptional 0.3 HR/9 ratio. Pitching to groundball production in a pitcher’s park, while providing decent K potential bodes well for his development going forward.

Richards stayed healthy in the pandemic-shortened 2020 season, which has always been his major issue as a useful SP, the inability to stay off the IL. It is frequently suggested to use him early and often while he is able to toe the rubber, and opening week seems the perfect opportunity to plug him in to your rotation. His K production dropped last season, however, which limits his attractiveness as a stalwart member of your fantasy rotation.

After returning to the starting staff in 2020, his season was essentially derailed by COVID and an oblique injury, so the results from last season should be disregarded in evaluating the 29-year old righty. Martinez could return to the bullpen, as his status in the starting rotation is dicey at this point, although while Kwang Hyun Kim is sidelined, the Cards will be trotting him out between the chalklines for a regular start. Temper expectations for this start as well, as Martinez has never been a road warrior.

Relying on a sinker-slide combo played well for Singer in his initial time in the majors, skipping over the ranks of Triple-A in 2020 to join the Royal rotation. He certainly did not look overmatched in the least, while collecting a good number of Ks and generating better than average groundball production. His home park will also be a plus for his value as a back of the rotation fantasy starter.