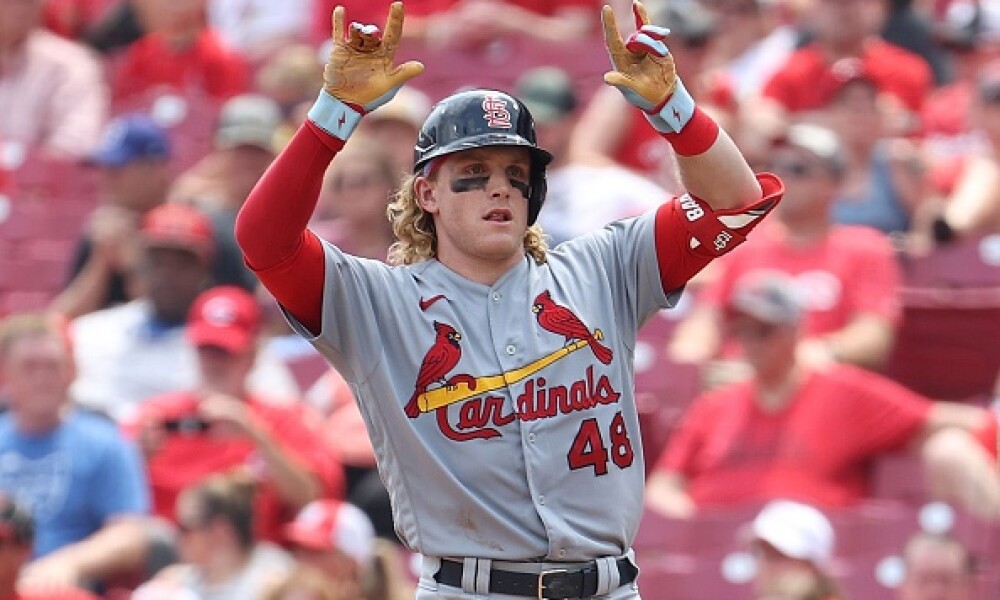 Harrison Bader wasn't on the radar of many before the season. There were some questions about his playing time after a disappointing season last year and the Cardinals outfielder didn't make his season debut until April 30th due to a forearm strain.

Bader got off to a hot start before slumping. In May, he batted .217 with a .714 OPS with eight runs, four home runs, eight RBIs and three stolen bases. He broke his rib at the end of the month and was likely dropped in many leagues.

This has forced Bader to move up the order. He's batted eighth most of the season, hit seventh on Tuesday and is batting sixth on Wednesday and should be rostered in all leagues.

The season hasn't gone well for Daulton Varsho. The Diamondbacks catcher/outfielder has been up and down between the minors and majors this season. With Arizona out of contention, it makes sense for Varsho to play most of the time the rest of the season between catcher and outfielder. Since he has catcher eligibility and can run, he's worth adding in all two-catcher leagues.

It's rare to find a catcher that can steal bases and it's one of the categories tending to be tight. A few stolen bases from a catcher can make a difference in the standings. Varsho stole 19 bases in High-A in 2018, 21 in Double-A in 2019 and has three with Arizona in 110 at-bats.

Varsho has played well in July with a .271 average, .407 on-base percentage and .563 slugging percentage with 10 runs, four home runs, 12 RBIs and two stolen bases. Varsho has a 14.7 percent walk rate and has some power.

Patrick Sandoval made headlines over the weekend, taking a no-hitter into the ninth inning. Savvy fantasy players already had him on the roster as the underlying numbers indicated he was better than he was showing. If he's still on the waiver wire, he's an add.

Sandoval went 8.2 innings and allowed one hit, one run, one walk and struck out 13 against the Twins on Saturday. Sandoval has appeared in 14 games, including 11 starts. He has a 3.52 ERA, 1.10 WHIP, 27.9 percent strikeout rate and nine percent walk rate.

Touki Toussaint is one of the Braves promising young arms that has damaged fantasy teams the last few seasons, mainly due to high walk rates. Toussaint made six starts in the minors due to a shoulder injury and was recently called up.

Toussaint has made two starts and been impressive. While we need to see more, I did add him in a few deeper formats over the weekend with injuries to several pitchers. Toussaint faced the Padres on July 20 and pitched 6.1 innings and allowed three hits, one run, walked two and struck out five against an excellent lineup.

He faced the Phillies on Sunday and went seven innings and allowed five hits, one run, no walks and struck out 10. Toussaint has a career 13.2 percent walk rate, so two walks in 13.2 innings is an encouraging sign. Toussaint is pounding the strike zone and while it's difficult to get excited after two starts, this is the type of pitcher to take a chance on.