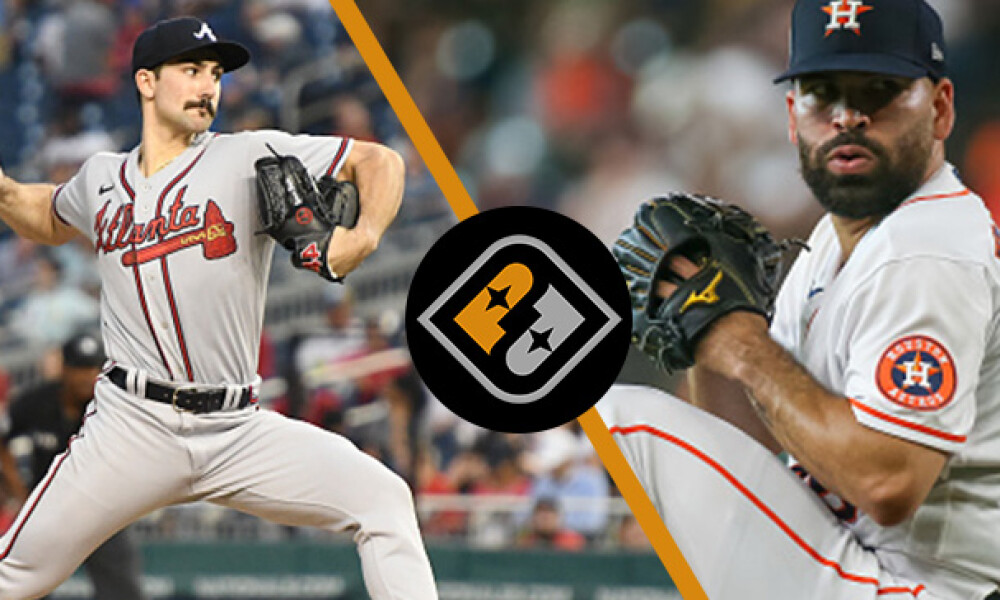 We went 3-2 yesterday with our MLB PrizePicks plays of the day with both of our losses falling just one strikeout shy of their totals. With today being Taco Day over on PrizePicks let's take a look at today's board and build our card around the discounted MLB player prop play for Spencer Strider in his matchup against the Giants here tonight.

I was already buying into the Strider prop when it was at 7.0 strikeouts but now that we are getting it discounted down to 5.5 I think it is a no-brainer. As a starter this season, Strider has 14.2 K/9 and a 38.3% strikeout rate, which would put him among the baseball leaders if he were to qualify. In the five games this season where he pitched at least four innings he finished with at least six strikeouts in four of those five outings. The Giants also have the seventh-highest K-rate vs RHP over the last 14 days at 24.2%

We've had decent success of late when targeting these earned runs props and I'm feeling pretty confident in this play right here.Urquidy has struggled of late, allowing at least three earned runs in five of his last six starts.  Against right-handed pitching when on the road this season the Mets rank third in wOBA, third in OPS, second in batting average, and fifth in total runs scored. Given the Mets hitting success on the road and Urquidy's recent struggles I'm leaning the over on here.

Fedde is another favorite punching bag of ours and it doesn't really matter whether he is home or away as the Nationals starter's numbers are pretty bad across the board. In six road starts this season he has a 4.71 ERA while allowing 15 runs on 31 hits over 28.2 innings. Fedde has allowed at least three earned runs in four straight starts and five of his last seven outings. Baltimore's offense is slowly coming to life with Cedric Mullins hitting .300 over the last 10 games and Ryan Mountcastle continuing to show that power upside.  Over the past two weeks the Orioles have the fifth-highest ISO against right-handed pitching while ranking in the top 10 in both runs and home runs during that stretch.

I rarely dip my toes into the fantasy score player props but PrizePicks just did not give me the player props I was hoping for when it came to Cortes today so fantasy score it is. PrizePicks uses the FanDuel scoring model for those familiar with it which means only earned runs count against you. On the year Cortes is averaging 37.08 FanDuel points per start. Now, in his most recent outing against the Rays, he fell shy of the mark, finishing with 31 fantasy points. However, in his start against the Rays before that, which was also in Tampa Bay he finished with 46 fantasy points. Cortes has gone over 34.5 fantasy points in four of his last seven outings.