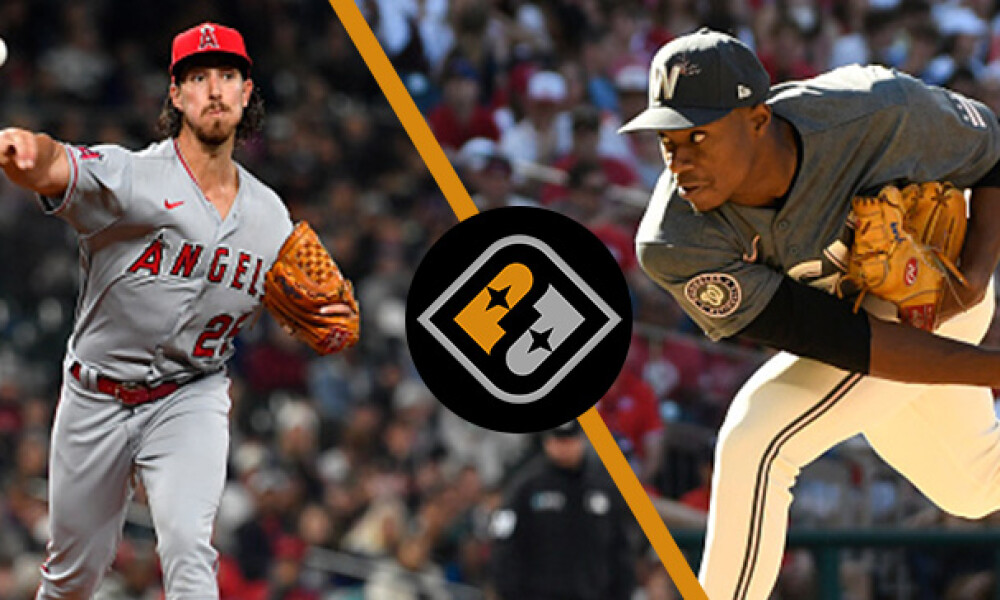 We put our MLB PrizePicks top player prop plays in the FREE Discord yesterday and had a 4-0 sweep!

We look to carry that momentum into today's slate which has some favorable matchups including one for Nationals starter Josiah Gray against the Miami Marlins.

Maybe the books are asleep at the wheel here but I've been hammering these strikeout props for Gray over his past few starts as the Nationals righty is locked in. During the month of June, he made five appearances and finished with a 1.13 ERA and a 29% strikeout rate. Most of his success this past month has been due to a change in pitch usage as he began to throw more of his slider which is a pitch that has the third-highest WHIFF% percentage of any slider in baseball this season. The Marlins are a team that has hit right-handed pitching a bit this year but with Jazz Chisholm on the IL that lineup becomes a bit easier to handle.

I'll be honest, I would have loved this play, even more, had Yordan Alvarez been in the lineup tonight but as of writing this the Astros lineup is officially out and Alvarez is not in there. That said, the clock may have finally struck midnight on Lorenzen who posted a 6.75 ERA during the month of June. On the road this season his ERA is 6.14. He has made five starts on the road this season and in only one did he allow fewer than three earned runs and that start came against the lowly Oakland A's. He faced the Astros in Houston already this season and they tagged him for four runs over 3.1 innings. The Astros ranked among the top 10 in both wOBA and OPS against right-handed pitching during the month of June.

On paper, this one feels like it is going to be a blood bath. We have the Great American Ballpark here in Cincinnati playing as one of the league's best hitters parks in baseball. We have the Braves offense that ranks among the top five teams in the MLB over the past month against left-handed pitching and we have a southpaw in Mike Minor who has made five starts this season and has allowed four or more runs in four of those five outings. This over could hit early.

Including both pitchers here in one write-up. Coors Field is on the slate today and we are looking at a game total of 11.5 runs. Kelly has a career ERA of 8.15 in Coors as his sinker ball just does not sink given the elevation changes. Kelly has also been worse on the road this season with an ERA of 4.06. For Senzetela, he doesn't strike out anybody.  He is a pitch-to-contact pitcher that is in Coors Field. My lone hesitation here is the fact that Senzetela has pitched well at home this season with a 3.52 ERA and Merrill Kelly is having one of the best seasons of his career. Only using these plays in FLEX plays.