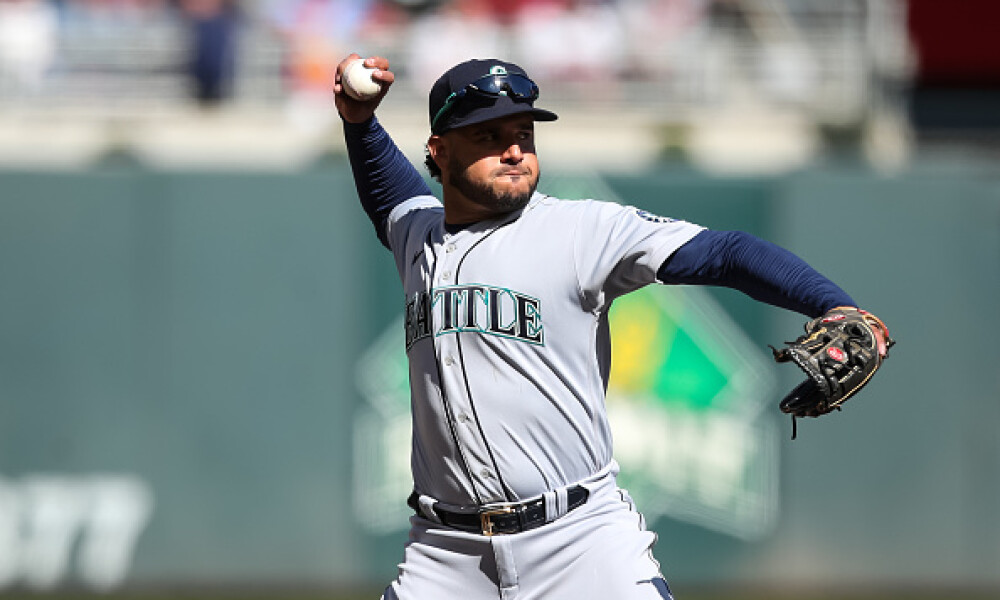 During the winter the Seattle Mariners were left with a huge void at third base when the face of the organization for years, Kyle Seager, declared for free agency and then decided to retire. This was a player that not only had power and solid defense for years, but was a commanding voice in the clubhouse. An immediate void appeared until the Mariners picked up Eugenio Suárez in a blockbuster trade with the Reds. Suarez may not fill all the boxes, but he does check a few as a former All-Star ready for a comeback season back to his glory days of 35-45 home runs. Suarez was once the darling of fantasy baseball managers when he hit 49 home runs and drove in 103 RBIs in the 2019 season. Now, the big question is whether he is washed up or is he ready to reclaim his spot as a power-hitting fantasy baseball asset.

So, does Suarez have bounce-back potential? Should he be a staple on your fantasy team? He is only three years removed from a huge 2019 season where he smashed 49 home runs and 103 RBIs with a slash of .271/.358/.572. Ok, he did strike out 189 times (MLB leader), but you can deal with that when his OPS is .930. He has multi-position eligibility, and the injured shoulder seems to be healed. Let’s start with 2019 when he was healthy and go back.

Those are pretty darn good power numbers, and we didn’t even get into BABIP. Those numbers have been .182/.224/.214 over the last three years and that screams Suarez has been UNLUCKY when you consider the league average of .300. This is a third baseman that has had pop and even though he may strike out a bit – as a fantasy manager the .260 average and 35 home runs are something you are looking for all spring when doing your due diligence before drafts start.

I imagine that some fantasy managers that have Suarez on their team are already starting to panic. He has started the season 3-for-17 with one home run and one RBI. This is a perfect buy-low spot on the power-hitting third baseman and you should be looking to make a deal and add some pop to your offensive categories.