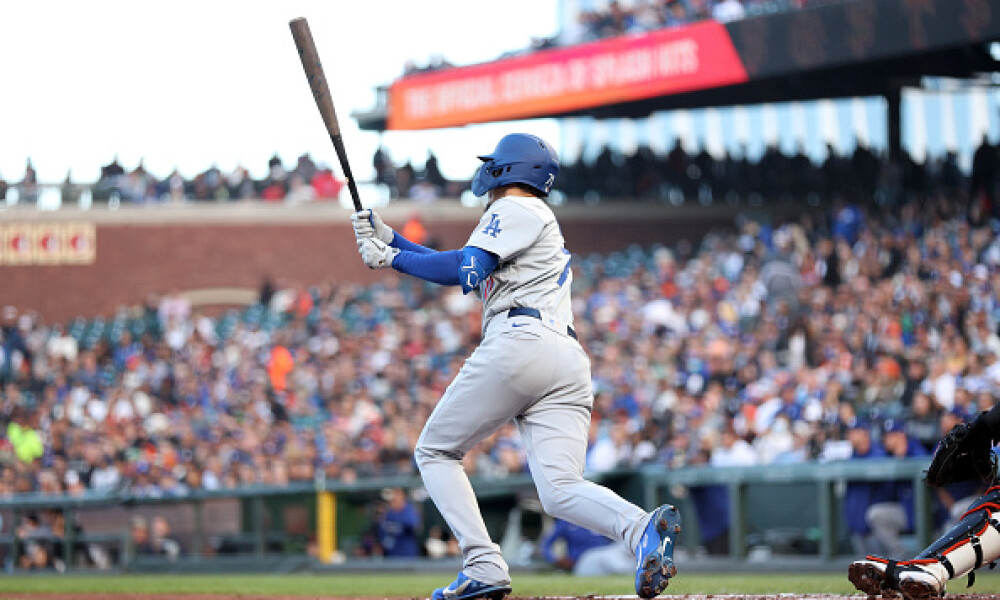 Miguel Vargas, who was known as one of the top two offensive prospects in the Dodgers farm system, got his call to The Show yesterday. With Jake Lamb being traded to the Mariners and Justin Turner place on the Injured List, the kid finally got his chance and went 2-for-4 with a couple RBIs. Is Vargas now here to stay? Will he get regular playing time?

These questions come at a perfect time since it’s “Third Base Day” in the Fantasy Baseball Player Spotlight Series. Every Thursday, I break down a different MLB third baseman for your fantasy baseball lineups. Some weeks it is a prospect and others it may be a “sell high”, “buy low” or even a “totally avoid at all costs” - type player. Today, I am going to dig into Miguel Vargas — one of the top prospects in the Dodgers organization — and see if he worth a pickup in your fantasy baseball leagues or more of a wait and see while hoping that no one else takes the risk in the next week or so.

Miguel Vargas is baseball royalty in Cuba. His dad, Lazardo, is a two-time Olympic Gold Medalist, a 22-year veteran of the Havana Industriales baseball team and a national hero, so revered that his face is on a 15-centavos stamp. Vargas and his father took a giant leap of faith in 2015 when Miguel was just a 15-year-old baseball phenom on Cuba’s 18-and-under national team in Japan. After the Japanese trip, the Vargas family defected, taking a plane to Ecuador and then to the Bahamas before settling in Florida. Two years later, the Los Angeles Dodgers signed Miguel Vargas for $300,000.

Miguel Vargas slash plus HR/RBI for his first three years in Minors:

Enter 2022. Vargas came into spring training as one of the top-two hitting prospects in the organization along with catcher Diego Cartaya. Vargas got the call to Majors first on Tuesday and he may stay for a while after Justin Turner was played on the 10-day Injured List. He was currently the youngest player at Triple-A Oklahoma City and check out these stats this season:

Before his call up yesterday Vargas was leading the Pacific Coast League in hits and runs scored plus ranks in the top five in the league in doubles, RBI, walks, extra-base hits, and total bases. He was putting pressure on both Justin Turner and Max Muncy, the two veterans that were not producing and have team options for 2023 (Turner: $16 million and Muncy: $13 million). That’s a lot of money to save by replacing Turner with Vargas.

Since Vinnie Pasquantino was called up by the Royals, Vargas was becoming known as the one top prospect to stash in fantasy baseball leagues. One of the drawing cards to Vargas is that he can play four different positions – first base, second base, left field and his main spot at third base. In his debut last night, he went 2-for-4 with a double and had and two RBIs in his first two at-bats.

So, what do we do with this kid in the fantasy baseball world? There isn’t much question about his bat as he has strong contact and can hit to all corners of the field. I think that you take a chance on the prospect now especially if you have a need at third base. If he keeps hitting, he will stay in the lineup and gets at-bats every day forcing the Dodgers to pull Muncy or Turner from the lineup.