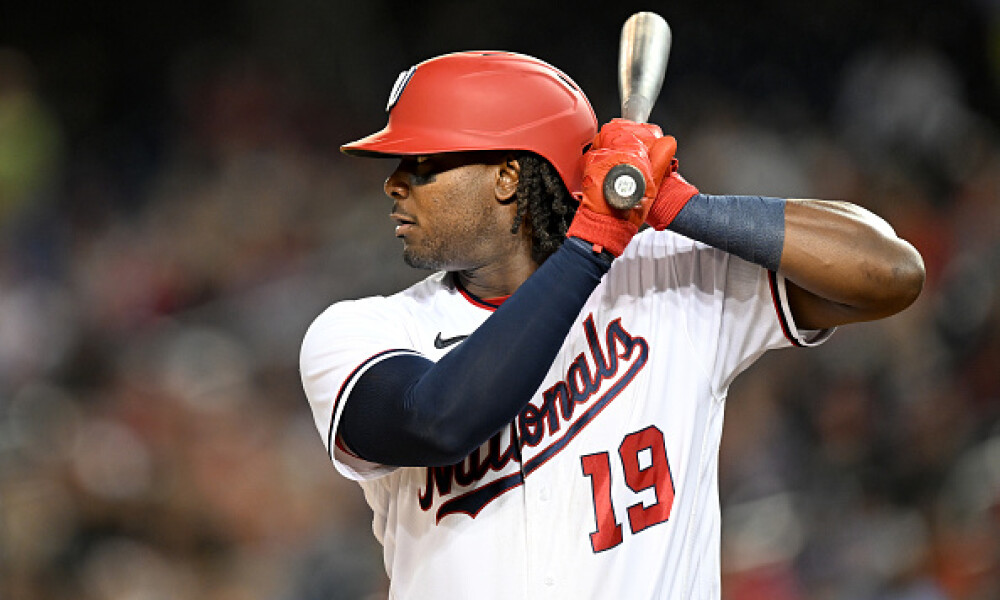 At this point in the season, it is clear that the Washington Nationals are in the midst of a rebuild and could be active at the MLB trade deadline. Bell is going to be a free agent after next year and not only can he help a contender down the stretch, but that team also gets one more year out of the first baseman.

In a diminished Washington lineup so far this season, Bell has performed at a strong level for the second year in a row. At the very least, he has Juan Soto in the lineup and he can continue to be a fantasy baseball asset if Bell doesn’t get moved. Still, a trade would likely boost his value depending on the situation, so this is time to move to acquire the first baseman in your fantasy baseball leagues.

It is clear that the 37 home runs Bell hit in 2019 are going to remain an outlier in his career, but there is still a lot to like about his plate skills. Last year, Bell hit 27 home runs in 144 games, and with 11 in 69 games so far in 2022, he is on a similar pace. Bell has a solid .181 ISO and .476 slugging percentage, but his 8.9-degree launch angle will ultimately limit his home run upside. At this point in his career, as long as we manage our expectations with Bell in that department, there shouldn’t be any disappointment as he is still a solid contributor.

Overall, taking a look at Bell from a Statcast perspective is very different than watching him hit. His 7.9% barrel-rate, 89 mile-per-hour average exit velocity, and 38.8% hard-hit rate are not going to jump off the page at any one.

We are after results, though, and it is another solid season for Bell with a .294 batting average, 44 RBI, and 37 runs scored. The main thing is to put it in perspective and not go chasing what we saw in 2019. There is nothing wrong with Bell’s production as long as he isn’t valued as a truly elite option. A trade, however, would be a good thing as it would likely mean an improved lineup for the first baseman and therefore more RBI opportunities.

Bell has a career-best 13.8% strikeout rate so far this season, and his 11% walk rate also makes him an asset in OBP leagues with a .378 on-base percentage. Just because Bell has had success despite a career groundball rate of 49.7%, it doesn’t mean we need to be happy about it. Still, he has produced in spite of that higher groundball rate to this point. If we want to look at the positive, Bell has knocked his GB rate down from 53.5% to 48.6% this year while boosting his fly ball rate at a corresponding level.

At the start of the season, I was projecting Bell to be a solid mid-tier fantasy baseball option at first base and to this point, he certainly has produced. While it’s only natural to focus on the power output – and perhaps lack thereof since it is underwhelming compared to the big boppers at the position – it isn’t a true liability. Bell should also come close to a 100 RBI season, and a trade to a better team in the next month or so will only serve to benefit him. We also can’t underestimate the positive impact we get from Bell’s batting average and/or on base percentage.