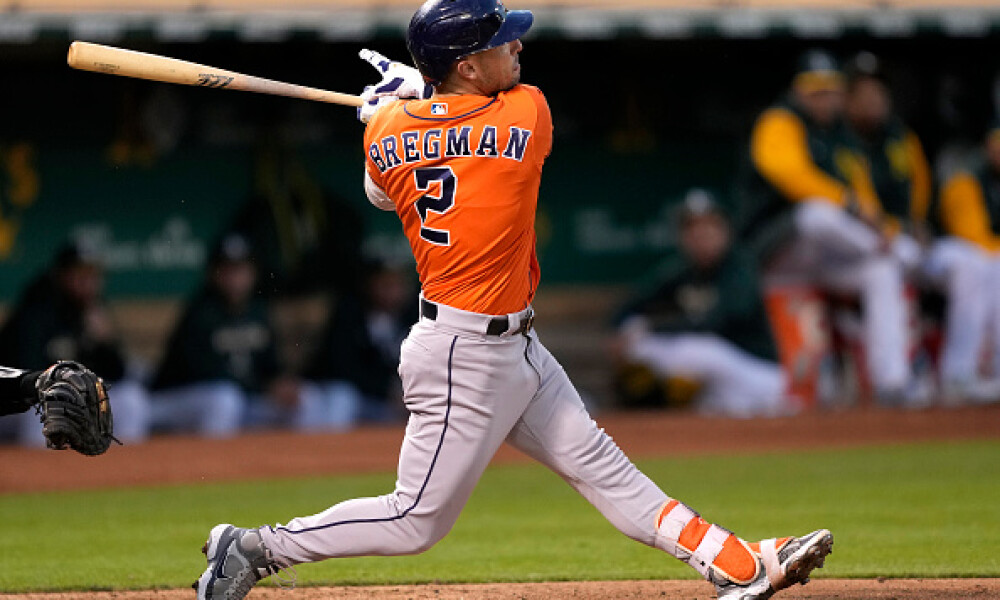 It was only three years ago, and Alex Bregman of the Houston Astros was sitting on top of the baseball world. He culminated a huge 2019 season with an excellent ALDS against the Tampa Rays and hit a huge grand slam in game 4 of the World Series. Bregman received the Silver Slugger Award that year, as the best offensive third baseman in the game and finished second to Mike Trout in the American League MVP voting. Then COVID appeared in 2020, AJ Hinch was fired as Astros manager and Bregman started suffering nagging injuries.

Bregman has not been the same player since and the big question across the fantasy baseball world is- will he ever get back to 2017-2019 standards? Is Alex Bregman still worth a spot as a major threat on your fantasy baseball teams? The question has come at a perfect time since it’s “Third Base Day” in the Fantasy Baseball Player Spotlight Series. Every Thursday I break down a different MLB third baseman for your fantasy baseball lineups. Some weeks it is a prospect and others it may be a “Sell High”, “Buy Low” or even totally avoid at all costs-type player. Today I am going to dig into the offense of veteran Alex Bregman and decide if he should be traded away or kept in the hopes that his All-Star caliber bat returns.

Alex Bregman has always played with a little chip on his shoulder. He broke a finger on his throwing hand during his senior year of high school which forced him to miss all but six games. This was a kid who hit .678 as a junior in high school with 19 home runs- a New Mexico state record. That injury caused his first-round draft stock to plummet and his chances at a multi-million dollar signing bonus went up in smoke. Bregman was drafted by the Red Sox with a second-round offer of about $900,000 but he turned it down and let the baseball world know that he would sign with any club unless it was in the first round. So instead, Bregman went on to attend LSU- the same school as last week’s third base Fantasy Spotlight subject- DJ LeMahieu. He also asked to wear #30- the number of teams that passed him up in the first round of the MLB Draft.

Bregman went on to become a two-time All-American plus the SEC freshman of the year. He hit .333 with 148 RBIs and had more extra-base hits (87) than strikeouts (67). Every fifth at-bat, Bregman had an RBI and hit for extra bases every eighth at-bat. Baseball analysts say he’s the best shortstop in the history of LSU- a perennial baseball powerhouse.

In 2015 He became the highest-drafted position player in LSU history, going No. 2 to the Houston Astros.  “Bregmania” took off right from the start. He produced a .306/.406/.580 slash line with 20 homers and 61 RBIs in 80 games with Double-A Corpus Christi and Triple-A Fresno and was named 2016 Minor League Player of the Year. By July of 2016, he was called to The Show and the big question was where the 22-year-old shortstop would fit on the Astros' stacked infield. Carlos Correa was at shortstop and Jose Altuve was crushing at second base plus Houston signed Cuban third baseman Yulieski Gurriel earlier in that month.

Right from the jump Bregman showed that he was a major league hitter. In 2017, he put up a .827 OPS and a 4.0 WAR, while being a vital piece in the championship run. He peaked in 2018 and 2019 and was arguably the top third baseman in all of baseball. After those two amazing seasons leading in walk rate (15%), isolated power (.270), OBP (.409), and wRC+ (162) there was already Hall of Fame talk as he was producing similar numbers to Mike Trout and Mookie Betts. Bregman also went to the All-Star game twice and finished in the Top 5 in MVP voting both years.

Enter the 2020 decade and things have not gone as planned for Bregman. He went into COVID season as one of the best players in the game but has been hampered by injuries, a cheating scandal, and a change in managers. Between 2020-21 Bregman appeared in a little over half of the Astros games and his slash for the two seasons was .262/.353/.431 with huge drops to his slugging % and OPS. He struggled with a quad injury and when he was healthy, he put up his lowest OPS, OPS+ and slugging of his career. wRC+ (115). It all culminated in a horrible postseason in which he managed hit just .217 with a .300 slugging % and .604 OPS adding to the calls that he was no longer a clutch player.

So, here we are in 2022.  Bregman is still only 28 years old so we cannot use the age factor in any regression talk. He may not be MVP-caliber, but he has turned it around a bit.

But here is where it really gets weird (thanks to @Dan_Martin of the Crawfish Boxes). Bregman has always been a lefty-killer with a .299/.388/.534 slash on the split but 2022 has been the reverse. He has no home runs against southpaws (12 to RHP) with a measly .185 average.

The good news is that Bregman is healthy and slowly seeing an uptick in some advanced metrics but a drop in others. The Astros need his production at third base and in the middle of the lineup, but this is not the Alex Bregman pre-COVID. For example, he is the 17th-ranked third baseman in Yahoo season-long fantasy baseball rankings. If I am a Bregman owner I am trying to sell high now while he still has the name recognition.