2022 Fantasy Baseball Player Spotlight: Checking In On Will Smith 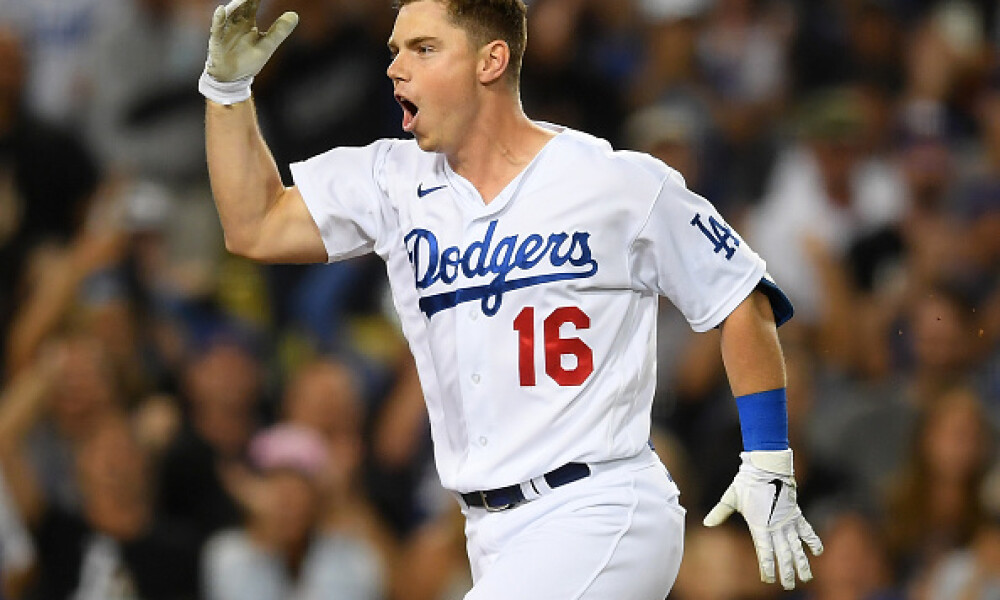 If you’ve followed along with the Catcher edition of the Fantasy Baseball Player Spotlight series, you’ll know I’m usually trying to recommend a free agent catcher to have on your radar or help you find a player that is absolutely worth adding to your fantasy baseball roster. I’m going to pivot this week and check in on a more “stud” caliber option at the position. Will Smith is not available on any league’s fantasy baseball waiver wire, but he’s easily having a season worth discussing. The recent injury (and surgery) for Salvador Perez make Smith a likely candidate to finish as the top-ranked player at the catcher position. Smith didn’t top the Catcher position in the June Fantasy Baseball Player Rankings but I’m optimistic he’ll be moving up for the July rankings after the run he’s been on the last couple weeks.

With an ADP of 63.8 across numerous sites like ESPN, CBS, Yahoo, NFBC, and a couple others, Will Smith did not come cheap. Only Salvador Perez and J.T. Realmuto carried a heavier price tag. No catcher is really pulling away with the lead in home runs, but Smith is tied for second with 11 (with Perez), behind Willson Contreras by just one dinger and Contreras has played in five more games (30 more plate appearances) entering Sunday’s action. Entering the exclusive Sunday night matchup against the Atlanta Braves, Smith is slashing .260/.347/.462 with a .202 ISO and a 129 wRC+ which ranks third among catchers.

Smith has benefitted from hitting in an absolutely loaded lineup. And better yet, he’s been locked into the three-hole of late and he’s been cruising since June 15th. In that span (over 40 plate appearances), Smith has a .325/.333/.675 slash line with a .422 wOBA and 176 wRC+ with four home runs, five runs, and nine RBI. Smith is also currently riding a seven-game hitting streak with multiple-hit performances in four of those games. For his career, Will Smith has struggled a little bit against left-handed pitcher with a modest .250/.339/.446 slash line. That’s good, but room for improvement if he wants to be graded out among the best catchers in the league. This year that’s flipped with a .313/.411/.583 slash line.

The improvements against lefties are well documented and overall he’s exhibited better plate discipline. A year ago he touted a strikeout-rate of 20.2% and that’s down to 15.1% on the season, and 11.6% in June. When you play next to the likes of Mookie Betts, Trea Turner, Cody Bellinger, and Freddie Freeman you may not get all the recognition. But Smith is having a very strong year at the Catcher position from an offensive perspective.

Pretty elite across the board. The xBA, xSLG, xwOBA, hard hit percentage, and strikeout/walk rates all check out as we’ve touched upon already. Good thing he doesn’t lose fantasy points for the framing score, but the hitter profile suggests he’s having a great year. And he most certainly is.

You have to feel pretty good about Smith’s prospects for the upcoming scoring period. For starters, the Dodgers open the week with three games in Coors Field. In eight games last year at Coors Field, Smith ripped a pair of home runs, 11 RBI, and ten hits. Following the early series against the Rockies, the Dodgers return home to host a four-game series against the San Diego Padres. A bit of a divisional rivalry has been brewing between those two teams in recent years and Smith has had decent results against the Friars.

If you’re a fantasy baseball manager that invested draft capital in Will Smith you’re likely happy with what you’ve seen especially the last two weeks. But is the production still worth it when you could’ve taken Willson Contreras maybe 60-70 picks later and reaped similar production, albeit on an inferior team? That will always be the debate with the catcher position. Do you pay for consistency and a “safe” player or do you wait and hope to find a diamond in the rough later in the draft or wait for a prospect like Adley Rutschman to get the call? To each their own at the end of the day. Your season is not won or lost in the draft, but if you did spend up for a player like Will Smith, you certainly aren’t hurting. Salvador Perez owners aren’t as fortunate at the moment though.