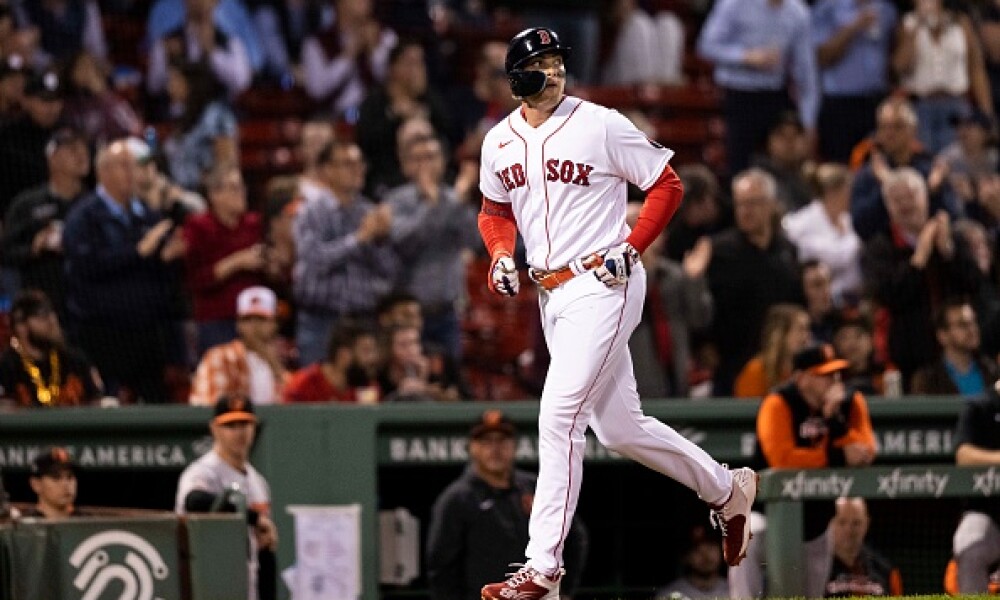 Major League Baseball is not easy. Far from it in fact. Well at any level that statement can be made, but as a young player progresses through an organization, it simply rings more and more true. It was a foregone conclusion that Triston Casas was going to receive a promotion to the major leagues this season, but what actually took place on the field was quite different than what our expectations were. At least initially that was the case as Casas’ career with the Boston Red Sox did not exactly get off to the best of starts.

Casas is now 89 plate appearances into his major league career, so while his pedigree as a top prospect certainly comes into play here, we are past the point of judging him as such. Right now, Casas is a major leaguer and while we can feel more confident in him than others based on what we saw out of him in the minor leagues and it might provide him with a little more latitude, he needs to be evaluated off of the data we have.

The hypothesis here before Casas put on a Red Sox uniform for the first time is that he would be a nice middle of the other threat and fantasy asset, so as we look towards 2023, it is time to see if that still rings true.

At first glance, a .211 batting average is not going to generate any optimism but things have gotten progressively better since his promotion. Entering action on Sunday, Casas was hitting .379 over his last 10 games with the most impressive thing being his 11 walks compared to nine strikeouts.

Based on what we have seen from Casas throughout his minor league career, that should not have come as a surprise and overall, he has a 20.2% walk rate compared to a 24.7% strikeout rate. A double-digit walk rate has become common place for Casas and he has not shown an overall propensity to strike out either.

If we want to point to an easy solution to Casas’ batting average problem, it could very easily be his .227 BABIP. The sample size is small enough that just a little more “luck” or a few more batted balls that went Casas’ way would eliminate the batting average being a point of contention.

Casas has been coming on strong in the power department, and based on his .225 ISO the first baseman’s five home runs should not come as a complete surprise. What is interesting though, is the fact that Casas’ average launch angle is just 1.7 degrees so he is very clearly a work in progress who is simply not yet comfortable at the major league level. Additionally, Casas’ 6.1% barrel-rate and 40.8% hard-hit do not exactly match with the buzz his minor-league profile generated, but again it is not fair to make a truly lasting judgement on just 89 plate appearances.

The other problem with Casas and trying to get an accurate read on him, is the unevenness that has accompanied minor prospects over the past few seasons between the lost year of 2020 and his inclusion on the Olympic team last summer.

As we look towards next year, Casas’ stint with the Red Sox in September will only serve to benefit him moving forward. If we are going to operate under the assumption that Boston is rebuilding, based on what we have seen to this point that is the case, then they likely will not be looking to make large splashes this winter. That means Casas will be back at first base having gotten the initial major league growing pains out of the way.

From an ADP perspective, I do not expect Casas to carry much buzz or to require a large investment, so taking a flier on the talent should not carry much in the way of risk.