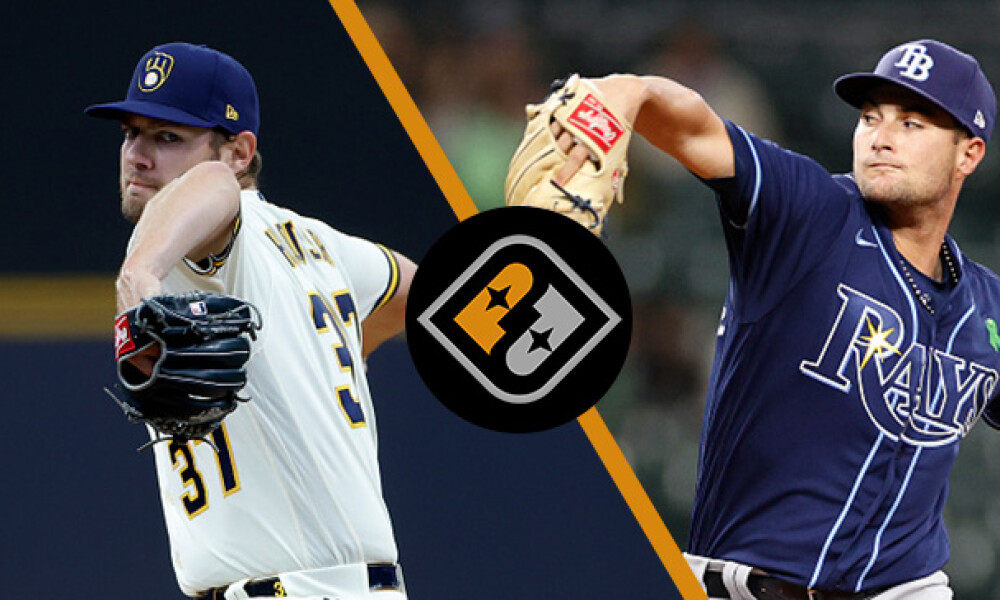 Big slate of games today and fortunately there will not be any MLB weather issues that we have to deal with when it comes to picking and choosing which MLB top player props we want to target from today's PrizePicks MLB player prop board. Make sure you are checking out the MLB lineup pages before locking in your plays to see who is and isn't active. We've had a nice run of late with our player props, going 7-2 over the last three days.  Today we again take a look at some top pitcher props, particularly some strikeout props for a few pitchers in favorable matchups!

Here we have the classic battle of an elite strikeout pitcher against a team that strikeouts a lot. McLanahan leads the league with 58 strikeouts, boasting an impressive 13.3 K/9 and an elite 38.2-percent strikeout rate this season. He has gone over today's strikeout total in four of his seven starts this season and has notched 11 strikeouts in two of his last three outings. Today he faces a Tigers team that has a 23.3-percent strikeout rate on the season.  We should be encouraged that McClanahan also threw 100 pitches in his most recent start, the most he has thrown all season. That longer leash will only give him more opportunities to rack up strikeouts.

Houser burned us in his last start, falling a strikeout shy of hitting his strikeout prop total against the Reds. I don't think we should be scared going back to the well today, however, even in a tough matchup against the Braves. First, at home this season Houser has tied or exceeded today's total in all three of his starts. Over the course of his career, Houser has been a better pitcher at home than on the road. Today he also gets to face the Atlanta Braves who lead the league in strikeouts and have the highest strikeout rate in baseball against RHP at 25.7-percent. Over the last two weeks that number is even higher, sitting at 28.2-percent. Though Houser is not an elite strikeout pitcher, this is a lineup that swings and misses a lot and given that matchup and the home start I am willing to run it back here.

I think we have an opportunity to take advantage of a line mistake here with Thompson who will be making just his second start of the season after being used out of the bullpen for the Cubs to start the year. Thompson was a multi-inning reliever, often 3-to-4 innings stints from the pen. With that said, over his eight appearances, one start, Thompson hit the over on 3.5 strikeouts in four of those games.  He even faced the Pirates this season, throwing four shutout innings while striking out four. The Pirates have the fourth-highest strikeout rate this season against right-handed pitching while ranking towards the bottom 10 in both batting average and wOBA.  Thompson threw a season-high 61 pitches in his last outing, going four innings against the Padres. I don't see him being lifted any sooner than that tonight and maybe he even gets a bit of a longer leash as they continue to stretch him out.