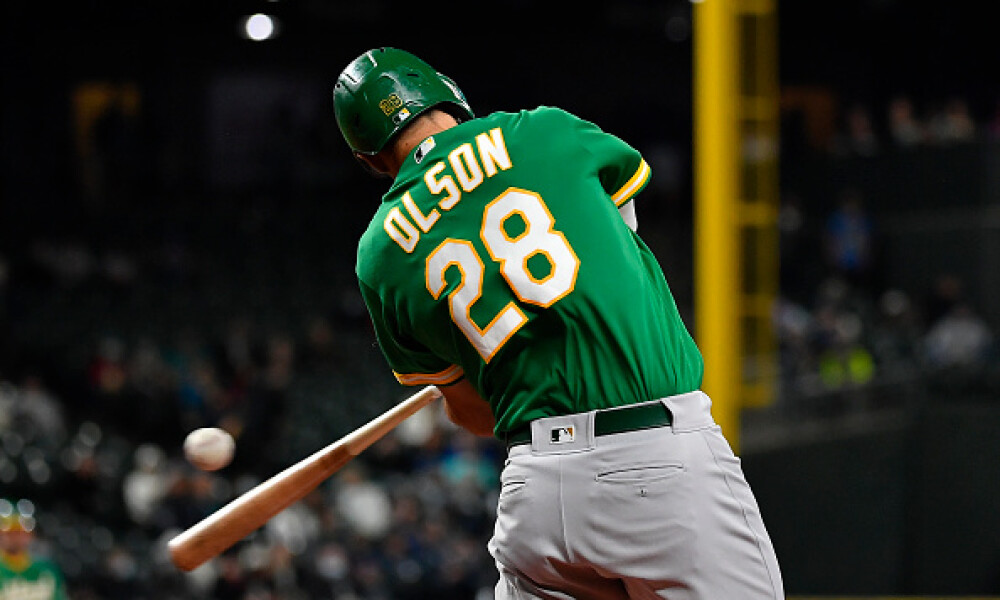 We got news with a first baseman in Atlanta, but no, it’s not Freddie Freeman. The Atlanta Braves traded four prospects (OF Cristian Pache, C Shea Langeliers, and RHPs Ryan Cusick and Joey Estes) to Oakland in exchange for Matt Olson. Let’s start with what Atlanta got in Olson.

Olson has a large frame and has mustered 36 and 39 home runs with half of his games in a massive stadium over his last two full seasons. Dating back to 2018, he’s posted an OPS north of .200 each season, culminating in career-highs in home runs (39), RBI (111), and runs scored (101). Perhaps one of the best things from his 2021 season was his strikeout rate, which sat at just 16.8 percent last season. It’s the first time in a season, sans his 11 games in 2016, when the mark was below 24 percent. How’d he do it? Well, simply put, he posted a career-high contact rate at 78.6 percent, alongside a career low 9.9 percent swinging strike rate.

I like what I see above. Oh, you want more? Take a look at Olson’s home/road numbers over the past three seasons:

Lastly, his pull side power is going to send a lot of fans sitting in the right field bleachers home with a baseball. 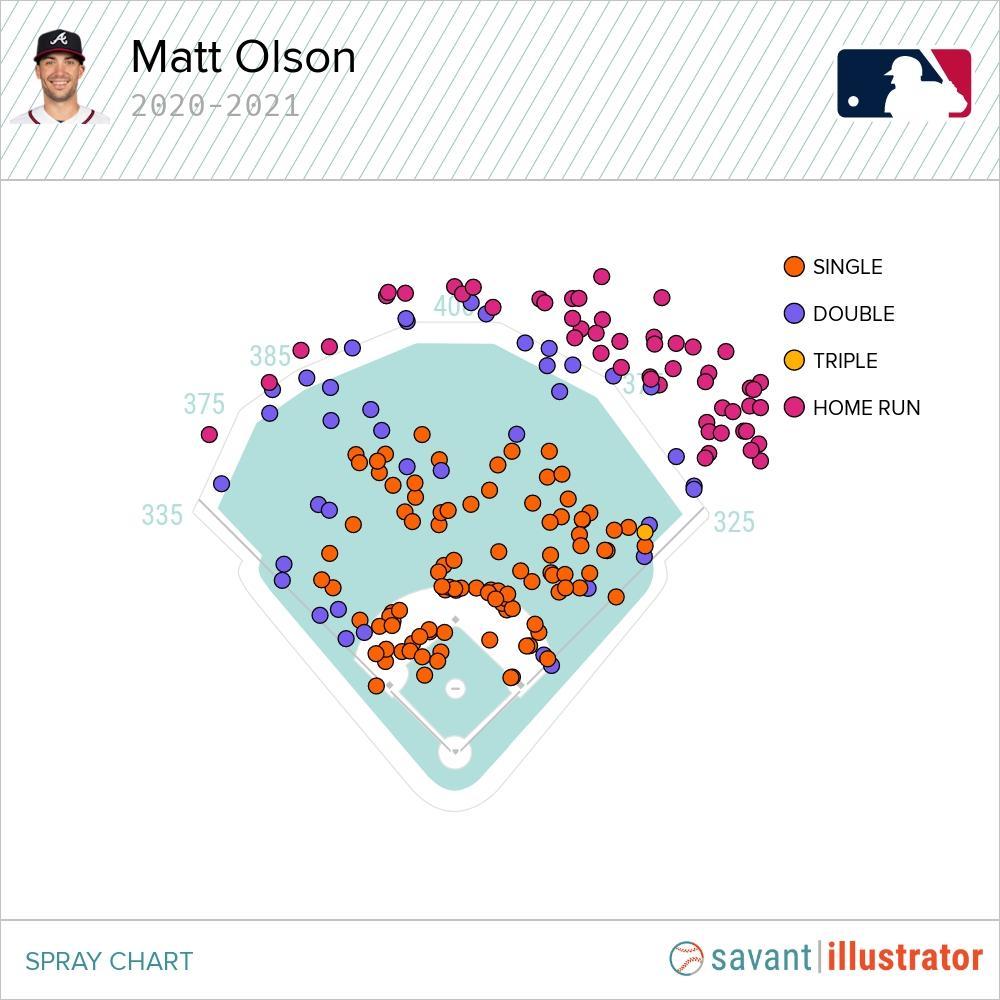 Oakland didn’t trade their star slugger for nothing, as they got back quite a few prospects from Atlanta. Per Matt Selz’s prospect rankings, Oakland added Atlanta’s 3rd, 4th and 8th ranked prospect in this deal. Here’s some info on the four players Oakland got back:

I’m a firm believer that 2022 will be the first year in his career that Olson hits 40 home runs, and a talented core around him will only help his counting stats. Oakland looks towards the future with these prospects, while Atlanta replaces Freeman with another impact slugger.