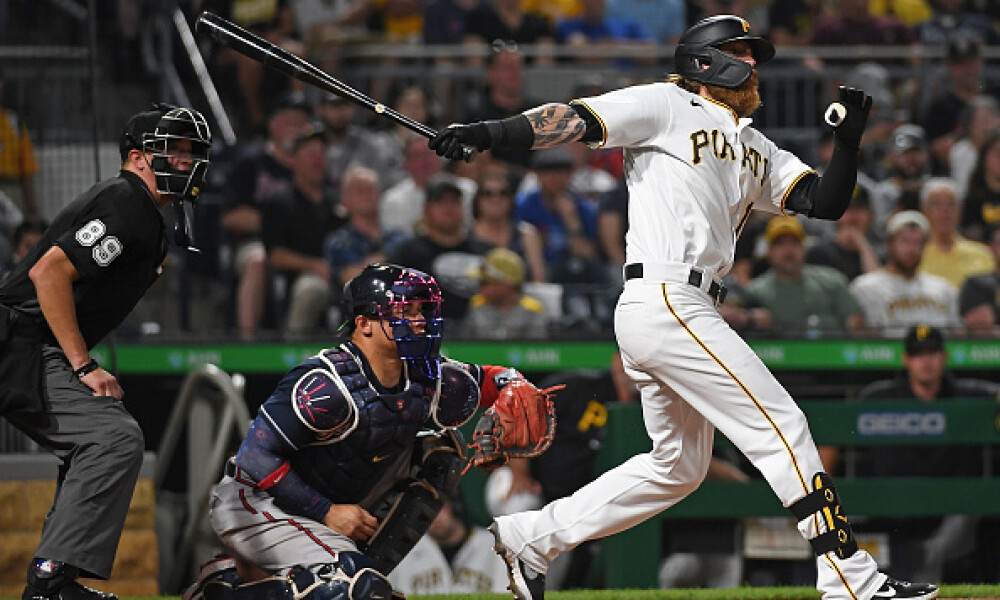 Perhaps this resembles a Tyler Naquin type of hot streak, but Gamel's hitting .474/.545/1.053 his last six games spanning 22 plate appearances with seven runs, three home runs and seven RBI. His isolated power of .579 accompanies a .646 weighted on-base average (wOBA) with a 315 weighted runs created plus (wRC+) metric. Beneath the numbers he's produced four barrels of his last 15 batted ball events (26.7 percent) with nine hard hits (exit velocity of 95 MPH+) for a 60 percent rate. Plus, he's hitting .309 (30-for-97) his last 28 starts along with a .321 batting average with runners on base. Ride the hot streak and track his results through the end of July.

A slow start to his season shrouds his recent successes. Andrus owned a .143 batting average after his first 31 games this season but since May seventh he's hitting .289 (55-for-290) with 22 runs, 15 doubles, two home runs, 17 RBI and five stolen bases. Last I checked, many in fantasy need steals in their leagues. He's also been hot since moving to second in the lineup his last eight games with a .353/.378/.588 slash with six runs, two doubles, two home runs, five RBI and three steals. Within this sample he boasts a .235 isolated power, a .407 wOBA and 164 wRC+. Although the power may tail off, if he stays near the top of the lineup, the runs and stolen bases may continue making him an intriguing addition for the second half.

Planning on a reduction on power coming off shoulder issues this off-season made sense. Add in changing his swing and it made him a risky venture.  Those who paid full retail for him in the second round continue to suffer. He's hitting .080/.172/.080 his last seven games through 29 plate appearances with three runs and an RBI. Of more concern, his strikeout percentage of 31 with a -17 wRC+ and no extra-base hits. Here's hoping he takes full advantage of the upcoming All-Star break to reset.

Still believe in his breakout, but it's time to realize he's going to be streaky in terms of fantasy production over a full season. This means he's still terrific in rotisserie leagues but in head-to-head or points formats, his price tag may need to be reduced in 2022. He's produced an RBI his last six games with a .043/.185/.043 slash and a -21 wRC+. Good news, Winker still owns an 11.1 walk rate with an 18.5 strikeout percentage so he's not sacrificing discipline during his slump.

Unlike Winker above, fantasy players accept Sanchez for who he is. A flawed commodity who, when hot hits home runs in binges but when he's not, strikes out in bunches. He owns a 38.1 strikeout rate his last five games spanning 21 plate appearances with three runs but zero hits and a -44 wRC+ in them.

Over the last 365 days, he owns a .273/.360/.556 slash with 102 runs, 35 home runs, 97 RBI and 18 stolen bases through 580 plate appearances. His hard hit rate sits 11 percentage points higher than last season's with a lower strikeout percent and he's swinging at more pitches in the strike zone plus making more contact on them. A healthy Franmil Reyes may fuel a second half surge by Ramírez:

A frustrating case in 2021 since his quality of contact remains down despite his expected statistics suggesting better days lie ahead. One thing to monitor, where he's hitting the ball. During last year's power surge, he pulled the ball more but this season his pull and opposite field percentages sit below 2020 while he's hitting the ball up the middle more than 45 percent of his batted ball events. His last statistical year provides hope in a .298/.411/.538 slash with 106 runs, 30 home runs, 99 RBI and six stolen bases over 637 plate appearances. If he starts pulling the ball more in the second half, look for his power production to rise:

A strong series in San Diego may be sowing the seeds of a monster second half for Soto. His last 365 days of production backs up a pending surge with 91 runs, 24 home runs, 79 RBI, 11 stolen bases and a .310/.439/.543 slash. Armed with a hard hit rate higher than 2020 so far with all of his indicators stable, look out if he migrates towards his expected rates: