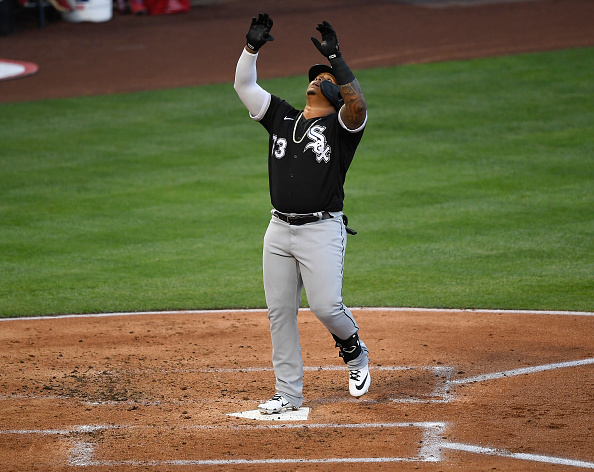 J.D. Martinez, Boston - Not only does he own a seven game hit streak starting the season, he's recorded at least one extra-base in each of his first seven games as well. With seven doubles and two home runs, Martinez boasts a robust .433/.469/.867 slash with a .433 isolated power and a maximum exit velocity of 112.3 MPH through 24 batted ball events.

Byron Buxton, Minnesota - Absent from the charts above, the power breakout for the talented Twins outfielder may be upon us. He's registered 14 batted ball events racking up four barrels (28.6 percent) with four home runs, a .421 average and eye popping 1.687 on-base plus slugging percentage (OPS). His .537 expected on-base average suggests he's actually suffered some bad luck. Finding out what a full season of Buxton could mean may one of the best things 2021 could offer fantasy players.

Yermin Mercedes, Chicago White Sox - With the exception of ESPN leagues, he's a utility player but getting anyone hitting above .500 through his first eight games should not be ignored. He launched a titanic home run on Thursday which Statcast measured at 485 feet. His 15 hits represent the most in White Sox history over the first eight games since Frank Thomas recorded 16 in 2000, pretty good company, right?

Leody Taveras, Texas - Chasing speed after pick 200 in drafts led many to the speedy Rangers outfielder. However, he's been overmatched at the plate through 20 plate appearances with a 60 percent strikeout rate in them. He's scored one run with one RBI hitting .105 with an expected weighted on-base average (xwOBA) of .199, less than optimal.

Dansby Swanson, Atlanta - This could be about anyone within the scuffling lineup for the defending National League East champions. Over 21 plate appearances, he carries a .143/.143/.286 slash with a 42.9 strikeout percentage and paltry .143 isolated power. Better days lie ahead but bench him if possible until he shows signs of life at the dish.

Keston Hiura, Milwaukee - His player profile detailed struggles with elevated fastballs. This year, he's not been making contact with much of anything fueled by a 45.8 strikeout percentage and .043 batting average during 24 plate appearances so far in 2021. If not for a Kolten Wong oblique issue, he projected for a spot on the bench in St. Louis. His owners hope Hiura can hit his way out of this slump but pay close attention to his ability to turn on pitches at the top of the strike zone.