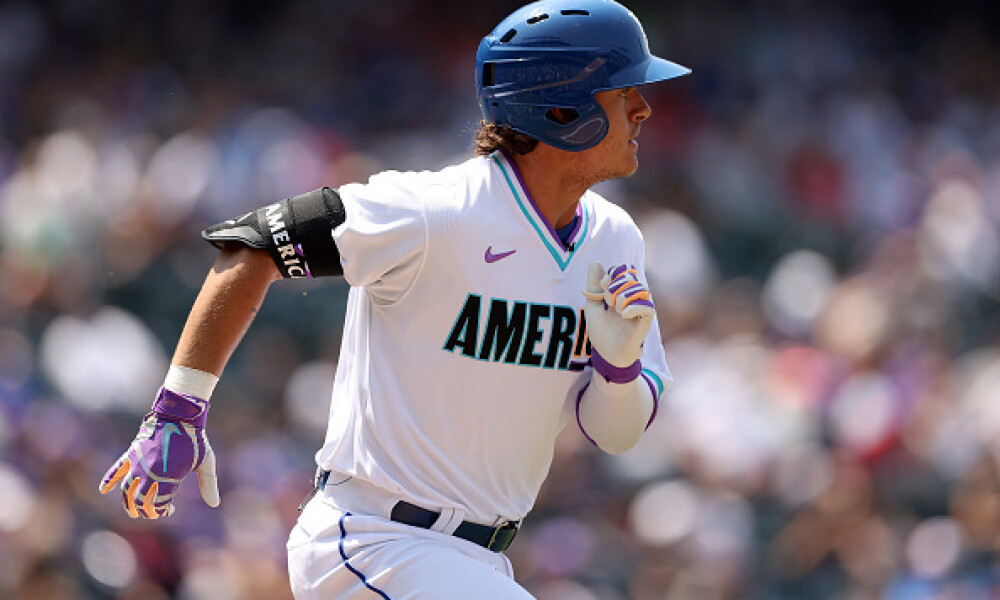 Last time in the Prospect Report we talked about a position that is viewed to be quite shallow by most in the fantasy industry and highlighted the next crop of players coming through the ranks with catchers being the focus. We’ll be doing a similar thing this week as well but this time we’re talking first basemen.

Most teams put players at first that have been moved off of other positions, but some draft and develop natural first baseman. The real thing that fantasy players are hoping for is a power bat with a solid-to-good batting average and hopefully to hit in the middle of the order to be a run producer. Those traits however, have been hard to find consistently in the fantasy realm and so those of you in dynasty formats could be looking to get a jump on your league-mates at this position for future value. Let’s highlight some of the up-and-comers and perhaps a guy or two who could move off of another position to first base in the next couple of seasons.

As a side note, the top first baseman, Tristan Casas, and the first baseman drafted in this year’s draft have already been talked about in previous Prospect Reports.

Nick Pratto, KC - For some prospects, last year was a disruptive force in their development, however for Pratto, 2020 was a great year for him to step back and get much needed tutelage at the alternate site. He underwent a swing change and an approach adjustment at the Royals camp and it’s really paying dividends this year. In 90 games across two levels including 29 at Triple-A Omaha, Pratto is hitting .275/.365/.673 with 25 homers, 44 runs, 43 RBI, and even 10 steals. The upgrade in offense paired with Gold-Glove caliber defensive ability makes Pratto the second-best first base prospect in the game and a guy who should contend for the starting first base role in spring training next year.

Michael Toglia, COL - Colorado liked Toglia so much they actually drafted him twice, once in the 35th-round out of High School and then in the first round out of UCLA in 2019. Since then he’s been working on improving the bat enough to use the 65-grade raw power the switch-hitter possesses. We all know that power plays at Coors but we’d prefer a higher average and lower K-rate with that power and so far, Toglia has to still improve on that. In 91 games in 2021, including the most recent 17 at Double-A Hartford, he’s slashing .223/.328/.434 with 18 homers, 72 RBI, 51 runs, and 10 steals but he’s also struck out 112 times. If the average improves he could still be a .250 hitter with 30-35-homer pop for the Rockies.

Aaron Sabato, MIN - Power. That’s the first thing that comes to mind with Sabato who is in the discussion for most raw power in the minors regardless of team, position, or level as it clocks in at above 70 on the 20-80 scale. He’s a very large guy who knows how to use his size to his advantage in generating bat speed and leverage in his swing. The problem is that he doesn’t always make the best contact which has led to his .189/.365/.357 triple slash in 85 games at A-Ball with 11 homers, 48 runs, and 42 RBI. He did walk an impressive 73 times which shows good patience, but with his 30-grade speed, it’s not terribly helpful to his production. There is a lot of pressure on his bat to produce either as a first baseman or more likely as a DH-type but even when all is said and done, he might simply be a low-average, high-power type hitter capable of 30-plus homers but a .230 average.

Bryce Ball, CHC - Ball looked to be the heir apparent to Freddie Freeman when Atlanta drafted him, but it turned out that getting another bat for this season was more important and so they moved him at the deadline. The 6’6”, 240-pound lefty-hitting first baseman is in the same mold as Sabato as a guy with a tremendous amount of raw power and a stroke that can generate long balls frequently, but a lot of development exists around him using his contact skills to get to that power. The Cubs are known for being able to find castoffs and develop them to fit their style and that’s the hope for Ball. In reality he is essentially the same profile as the player he was traded for, Joc Pederson.

Mason Martin, PIT - It’s not often that we see 17th round picks get inked for mid-six-figure bonus deals out of high school, but that’s exactly what the Pirates gave Martin in the 2017 draft. Since then it’s been a long road to his Double-A playing time in 2021. In 2019, he had a major breakout season hitting .254 with 35 homers and 129 RBI in 131 games but that still came with a 30-percent K-rate so in 2020 the Pirates brought him to the alternate site to work on making better contact and getting more loft to the swing as well to reduce his ground ball rate, being that it had been between 36-43 percent at each stop since 2018. Now this year he’s posted 21 homers and a .256 AVG with a .346 BABIP and .366 wOBA in 90 games at Double-A. Martin should hit between .250-.260 with 30-homer pop for the Pirates in about a year and a half and join Ke’bryan Hayes in the middle of the lineup.

Curtis Terry, TEX - Terry is one of the first baseman on this list with the best shot to hit for a high average, if he can simply keep his conditioning in order. At nearly 260 pounds, his weight and conditioning can sometimes be an issue but when he’s right he’ll make a lot of loud contact even when it stays in the park. Over the last 200 games in the high minors, Terry has a .290 average with 43 homers, 52 doubles, 138 RBI, 115 runs, a .362 OBP, and .547 SLG. He will need to continue to improve his walk rate as he gets more run in the majors and there’s a chance he could be DH bat for Texas given inconsistent defense.

Miguel Vargas, LAD - Vargas is likely one of those former third baseman that make the transition across the diamond to play the other corner infield spot. The Dodgers are deep with infielders and Vargas’ lack of natural quickness and range could hurt his long-term shot to stay at third base. The potential first baseman has a very intriguing offensive upside with a bat capable of hitting over .300, he’s currently hitting .313 across 60 games at Double-A, and has the pop to hit 25 or more homers a year in the majors. He’s flashed an ability to swipe some bags, but that likely drops off against better catchers higher in the minors and majors. Vargas, the 21-year-old Cuban defector, has the bat to hit anywhere from second to fifth in a lineup.

Branden Boissiere, WAS - Selected in the third round of the 2021 draft, the Arizona product is the top first base prospect in a Washington system that is devoid of talent at the position. He has a smooth left-handed stroke and can work a count nicely though the power is still learning to be tapped into, which isn’t necessarily uncommon with high-average, defensive college first baseman. The frame and control of the zone is there for him to have at least average power while still hitting for a .290-.300 average. His comp is actually another National in Ryan Zimmerman, though from the left side of the dish.

Jordan Walker, STL - In a similar vein as Vargas, Walker is actually a third baseman but could, and likely will, move to first base to get to the majors given that Nolan Arenado is ahead of him and they’ve already moved Nolan Gorman to second base from third as well. At 6’5” and 220 pounds he could be an athletic defender at first and the bat profiles well there too with 60-grade power and a bit below-average hit tool. Drafted in the first round of the 2020 draft, Walker has played 62 games across both Class-A levels this year and is slashing .322/.398/.527 with eight homers, 46 runs, 31 RBI, and eight steals. As he keeps advancing in the Cardinals’ system expect the average and OBP to drop to where he’s about a .260 hitter with 30-homer pop and can throw in a handful of steals a season as well and likely becomes the replacement for Paul Goldschmidt in a couple of seasons.