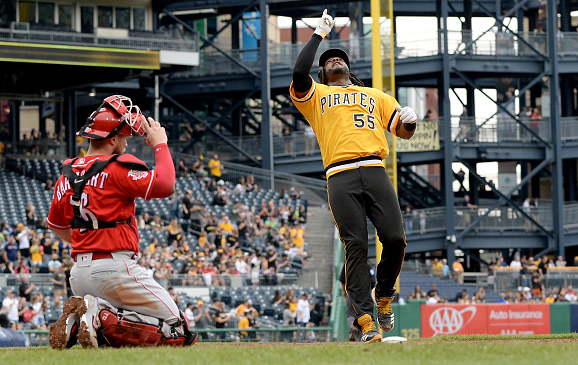 Although the market remains remarkably slow regarding free agency, the trades continue to occur in the major leagues. But the deals further the pending chasm between the teams who wish to compete versus those in a rebuild. Pittsburgh, a clear seller, dealt Josh Bell to Washington for two pitching prospects:

Josh Bell is on his way to DC.

The first baseman is reportedly heading from Pittsburgh to the @Nationals for RHPs Eddy Yean and Wil Crowe, per @JonHeyman. pic.twitter.com/RwqHGeiv36

Coming off a down season in the 60-game sprint, Bell's slash line fell to .226/.305/.364 with eight home runs and 22 RBI over 57 contests. This represents a steep decline from his breakout season in 2019 when he launched 37 home runs, but tailed off in the second half which carried over last year.

Part of Bell's struggles can be tied to his increased ground ball rate in 2020, up 12.4 percentage points compared to 2019 reaching a career high of 56.4 percent. This offset an increase to his average exit velocity to 91.7 MPH and an encouraging 95 MPH on his line drives along with fly balls. But, the key to a Bell rebound lies in his discipline metrics returning to past levels. Bell's swinging strike percentage rose to his career worst in 2020 of 13.9 percent while his contact rate plunged to a career low 69.3 percent.

Using his Statcast data from 2020, Bell recorded 140 batted ball events, 12 barrels (8.6 percent) with a 42.9 hard hit percentage and a maximum exit velocity of 114.2 MPH. Hope lies in the hard hit production along with the max exit velocity showing there's residual power left in the tank for Bell.

Trying to unpack his splits, Bell owned a much better slash line and power numbers away from Pittsburgh. He hit six of his eight home runs in 2020 on the road and for his career hit .273/.362/.492 with 49 home runs in 1,141 plate appearances outside of PNC Park. His isolated power rose by 29 points on the road while his weighted on-base average (wOBA) increased to .360 in contests outside of Pittsburgh.

After his hot start to 2019, it appeared the Bell power breakout many anticipated began. However, he cratered in the second half and during the truncated 2020 season. While trying to predict how he may recover with the Nationals, taking a look at his most recent splits may help:

It can be true Bell may never repeat his first half of 2019 while his last 112 games do not represent his results going forward either. So, where does Bell fit into the fantasy landscape? First, here's a spray chart of all of his line drives and fly balls from the last three seasons with his new ballpark in D.C. as the backdrop: 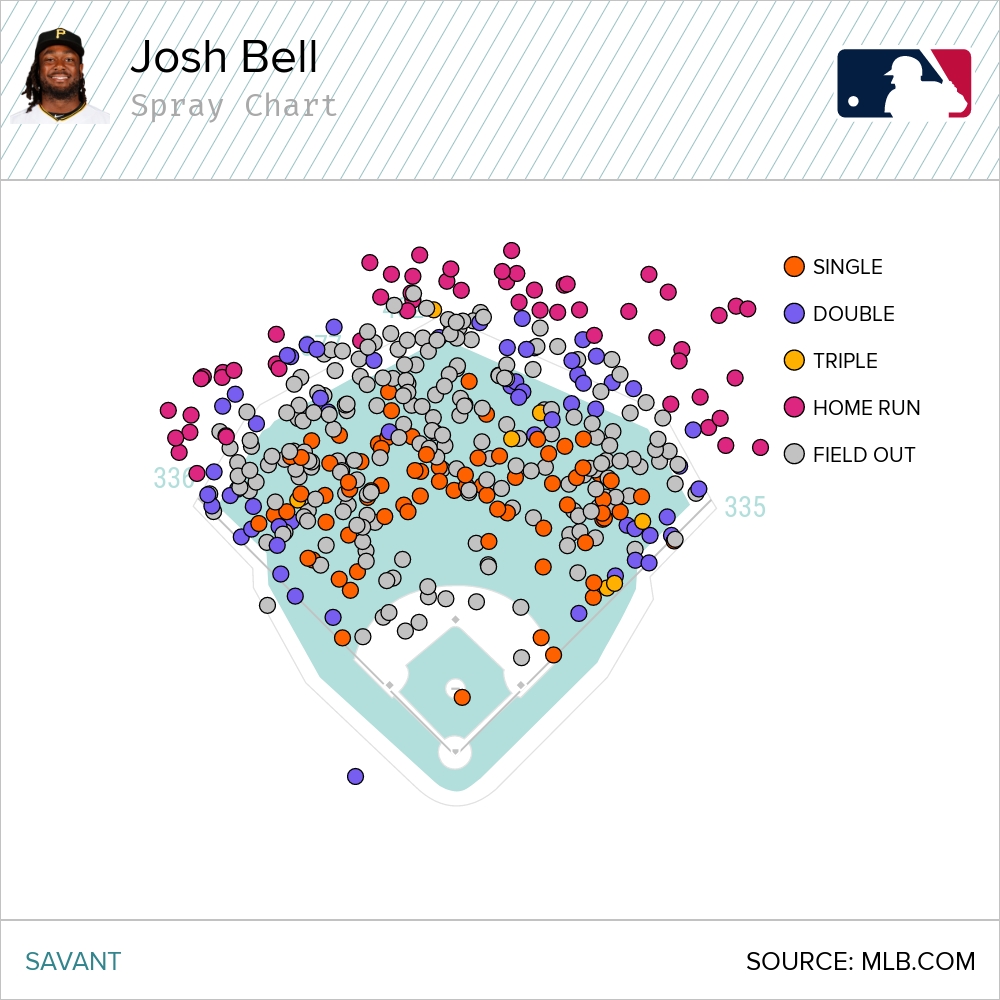 His ability to drive the ball to all fields, especially in left-center field may be rewarded in his new home with Washington. In fact, the team should be banking on this. It's also possible Bell started turning the corner last year when the season ended. He went 19-for-66 (.288) with four of his eight home runs over the last 21 contests of 2020. Overcoming the ground ball spike while regaining his discipline metrics like wOBA would result in an improved 2021 campaign. Note his trends in this rolling chart: 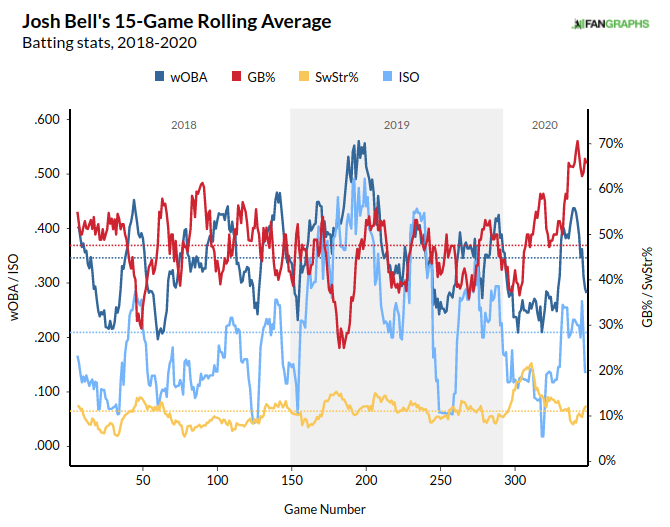 Bell's peaks in early 2019 and late 2020 provide hope for his future. Noting his last three years of statistical data, his projections as of this writing predict a return to past production:

Without being privy to Bell's makeup as an athlete, it appears he may be more comfortable being Robin (supporting cast) in an offense rather than Batman (headliner). When Bell hit third for the Pirates he owned a .190 average (15-for-79) and batting cleanup a .205 average (15-for-73). After being dropped in the order, which coincided with his strong finish, Bell hit .310 (13-for-42) in 13 games hitting fifth or sixth. Landing in Washington with Trea Turner and Juan Soto representing the stars on offense, Bell can just be a guy. Based on past performance and a better ballpark for his swing, banking on a Bell bounce back, so enjoy this tweet showing his six longest career home runs:

Want to watch some fun home runs? Cool, me too.

As for the return to Pittsburgh, they received two pitchers from the Nationals top prospect pool:

The #Pirates are acquiring Wil Crowe and Eddy Yean from the #Nats for Josh Bell, per @Feinsand. Crowe and Yean are Nos. 3 and 6 on the @Nationals' Top 30 Prospects list: https://t.co/CYGaOkpFjQ pic.twitter.com/xdXXrVuxLN

Our resident prospect expert Matt Selz sees Crowe as more major league ready at this point of his development but as a backend starter. Yean's only 19 years old but owns three above average pitches at this point of his development who may be a middle of the rotation arm in the years ahead. This suits the Pirates' rebuild of stockpiling arms who can help sooner and later, while reaching for the upside Yean represents.