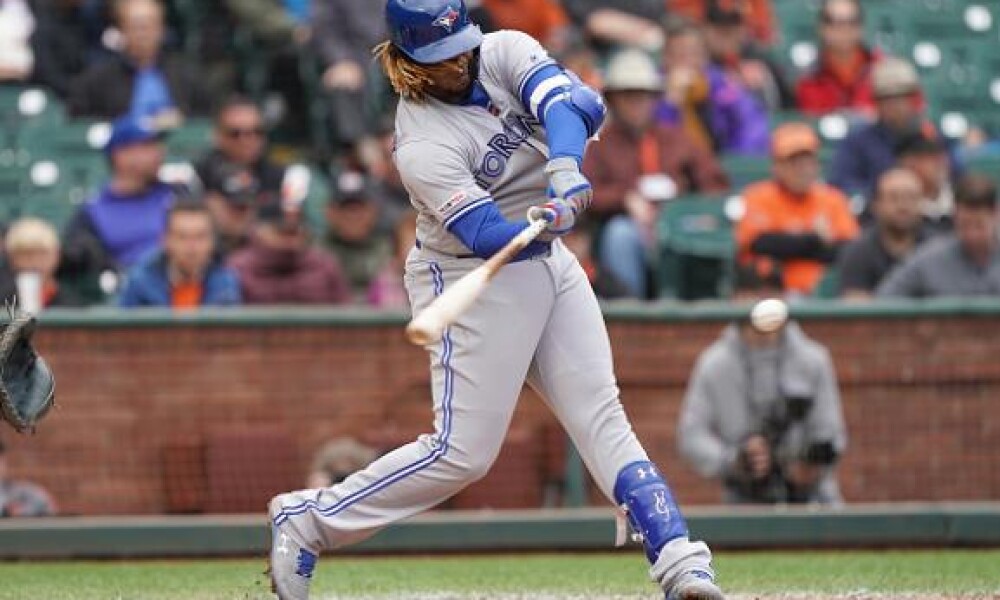 We get a special treat later today with a 13-game schedule on tap which is unusually large for a Monday. Before we look at some of those match-ups though, let's recap a crazy day of baseball that happened across the board on Sunday first.

The Blue Jays teed off, literally like batting practice, in Boston on Sunday with eight homers on the way to their 18-4 win over their AL East foe. Toronto leads all of baseball with 99 home runs on the year and is second in team batting average at .264, all while not having their new leadoff man at the top of the lineup in George Springer who’s still coming back from an injury. Five of their hitters are already at double-digits in home runs including the other big offseason acquisition Marcus Semien with 15 bombs. If Toronto can get some pitching in place, they could make a big run at the AL East title, though they are still 7.5 games back of Tampa Bay.

Streakin’ In The Central

The NL Central was expected to be a tight division all season and that’s playing out as expected but things have gotten more interesting with recent streaks involved. The Cubs have won five straight including sweeping the Cardinals but the Brewers have stuck right with Chicago by winning four straight of their own. The Nati has seen a bunch of excitement from Nick Castellanos (MLB batting average leader) and company for their on-field swagger, and now that swagger has led them to a 8-2 record in their last 10 games. The red birds are stumbling down the division standings with a 1-9 stretch in the last two weeks. This division will be won by who gets hottest, and right now there are three teams laying claim to that.

It’s now been a solid week since MLB came out and said they’d be watching and punishing pitchers caught putting substances on the baseballs and since that time the offense has started to rise around the league. Not only have runs scored increased over the last week, but we’ve also seen strikeouts dropping. It is a small sample size, but more than half the league has struck out less than 24-percent of the time, including four teams under 20-percent, in the last week to 10 days, whereas before that time, any team striking out less than 26-percent was concerned to be a low-strikeout team, well sort of (but you get the sarcasm). If this crackdown on substances is actually working, we’ll have to reevaluate what we expect from the top pitchers in the game the rest of the way, except for deGrom of course and his 626 ERA+ this year.

The 13 games on Monday is a big slate for Monday when typically about half the league is travelling to their next series but there’s no accounting for the oddities of MLB nowadays. A few interesting match-ups are the Blue Jays getting another game in Fenway against subpar pitching from the Red Sox, the Padres and their electric Slam Diego offense going to Coors where the Rockies pitching has been hit (excuse the pun) and miss all season, and finally how about Josh Bell making his return to Pittsburgh after being traded to D.C. this offseason.

On the pitching side of things, it’s shaping up to be a pitcher’s duel in Chicago with Tyler Glasnow and Lance Lynn on the mound both of whom have shined this year and have at times been unhittable. Expect a fair amount of strikeouts on the southside as both teams are still swinging and missing quite a lot. We also have Adam Wainwright pitching at home where he’s posted a 2.62 ERA in eight starts compared to an 8.20 ERA on the road in four starts.

San Francisco Giants -200 over the Arizona Diamondbacks looks quite tasty. Even though the Giants’ offense is coming off scoring a grand total of three runs in a four-game set against the Nationals, their pitching did well enough that they split the series. Arizona is on a 10-game losing streak and they haven’t looked particularly lively in that span either. Scoring in AT&T Park is tough but so is Giants’ pitching, favoring San Francisco.

St. Louis Cardinals -165 over the Miami Marlins in St. Louis is a game we just touched on so why not take the bet too? Wainwright at home has been quite a bit better than on the road and the Marlins offense has been sputtering for much of the last 10 days. Sure the Cardinals, haven’t looked great themselves but that was against tougher offenses than Miami and then there’s the Marlins pitchers who have only been middle of the road in road ERA while allowing 3.2 BB/9 away from Marlins Park as well.