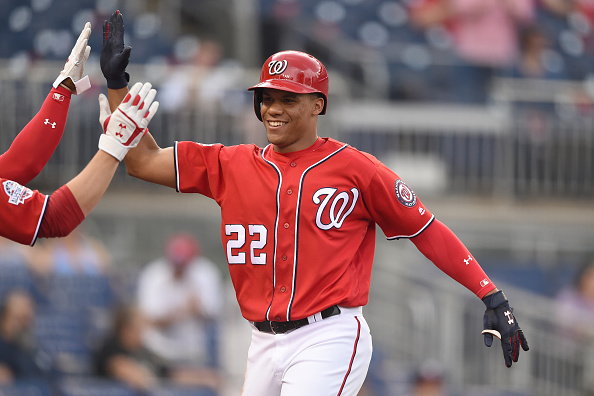 Imagine if you will, a 19 year old dominating the World Cup and the effect it would have on coverage along with endorsements. While many joke about the space and time continuum regarding Juan Soto hitting a two run home run to decide the outcome of a suspended game, which began prior to his promotion, his major league debut will not come with an asterix as a result. Also, Soto’s hitting .316/.407/.608 after 24 games in spite of starting the season in Single-A and briefly appearing in Double-A prior to joining Washington.

Soto’s hit six home runs with 14 RBI in only 79 at-bats. As to the news aspect of this, it’s unfortunately commonplace with baseball. Mike Trout does not get nearly enough support by the national media as to how great he continues to be. Did you know last week Trout went 13-for-19 with four home runs, seven RBI and seven walks. He walked more times than he made outs. Trout’s currently on pace for 135 runs, 52 home runs, 104 RBI and 29 stolen bases. And he’s slashing .328/.459/.688 but Twitter seemed more worried about Bryce Harper shaving his beard.

A case of the Monday’s comes with the usual flurry of injury moves and updates. Clayton Kershaw threw 45 pitches in a simulated game equating to three innings of work. Reports suggest he could return to the rotation as soon as this weekend if everything progresses well on Tuesday and no reports of soreness. 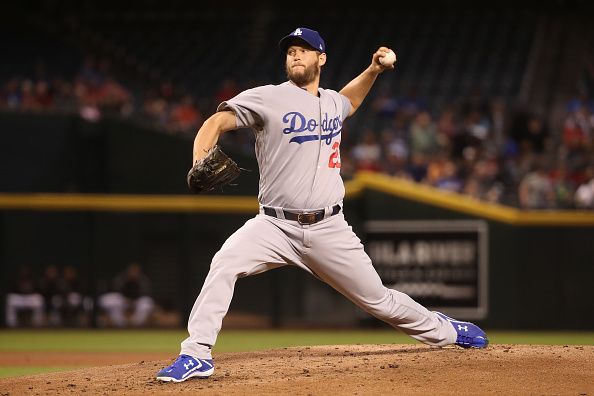 Texas activated Elvis Andrus and he will hit second in Kansas City on Monday night. Pittsburgh receives a boost in the bullpen with the return of Richard Rodriguez and they also recalled Jose Osuna to add right-handed bat to the bench.

Perhaps Sunday’s implosion was the last straw for Héctor Neris . He allowed four earned runs in the ninth inning and was removed from the game after giving up two home runs in Milwaukee. Neris did record a save the night before, but his propensity to give up hard contact outweighs his ability to generate strikeouts. Neris will try to regain his form at Triple-A in the meantime. Of course, with how Gabe Kapler handles the bullpen, there’s no guarantee this opens the door for Seranthony Dominguez to ascend to a more traditional one inning closer role, but at least there’s a chance.

Initial reports suggested Kevin Kiermaier would be ready for games with the Rays by Friday. However, he’s with the team in Houston and if he passes all the tests, could be in the lineup on Tuesday. It may be too late for weekly league owners to react, but if he’s still on the waiver wire, time’s running out to stash the oft injured outfielder who does provide upside in home runs and stolen bases.

It’s Monday, so the administrative leave for Roberto Osuna ’s been extended once again to June 25th, wash, rinse, repeat. Owners hanging on to him may wish to move on. He’s been pitching in Florida but the legal ramifications could affect his travel VISA, plus, Osuna’s pending suspension could be a lengthy one. Cue up Happy Trails.

Feel the need, the need for speed?

It’s been a tough year to target stolen bases on the waiver wire with so many injuries or players underperforming in the category. Kansas City recently promoted Adelberto Mondesi (formerly Raul Mondesi Jr.) as roster protection to Whit Merrifield . Mondesi’s produced five home runs and 10 stolen bases while slashing .250/.298/.492 in 29 games at Triple-A. He’s yet to hit well in the majors, but merits a look in 15-team leagues or deeper for upside in the category even if he’s limited to three-to-four starts a week.

Just when it seemed savvy to forget about Hernán Pérez , he’s back on the radar. Over his last 31 games, Perez has hit .333 (26-for-78) with two home runs and 10 RBI. He’s also swiped four bases in only 138 at-bats with the Brewers trying to find production at shortstop. This means Perez could see an uptick in playing time and he’s only two years removed from stealing 34 bases in 2016.

While it’s difficult to see how Michael A. Taylor will get steady playing time with a loaded Nationals outfield, he stole four bases on Sunday. Maybe, he does not need to be a full-time player to contribute in the category. Taylor presently leads the majors with 21 stolen bases, one ahead of teammate Trea Turner and Atlanta’s Ender Inciarte .

What does investing $106 million dollars in your bullpen get you? If it’s the Rockies, a combined 5.74 ERA from the three pitchers in these contracts. Bryan Shaw , Jake McGee and Wade Davis have struggled this season piling on to the struggles in Colorado, losers of eight of their last 10 contests.

Could Jacob deGrom finally win a game? If so, ironically, it would be in Coors Field, segue.

Would the Brewers deal Domingo Santana or prospects in a deal for a starting pitcher, will the Mets listen?

Which Nick Pivetta shows up in Philadelphia tonight? If it’s the June version, good news for Miles Mikolas .

Fun contest in Wrigley, more walks for Tyler Chatwood or strikeouts for Kenta Maeda ? Will Max Muncy stay hot with the power? By the way, Muncy’s starting at second base. The plot thickens.

So many questions, with answers to ensue. Be sure to check back in the morning for the Round Up on Fantasy Alarm to keep you ahead of your competition.