MLB Injury Report May 2: Jonathan India Back on IL 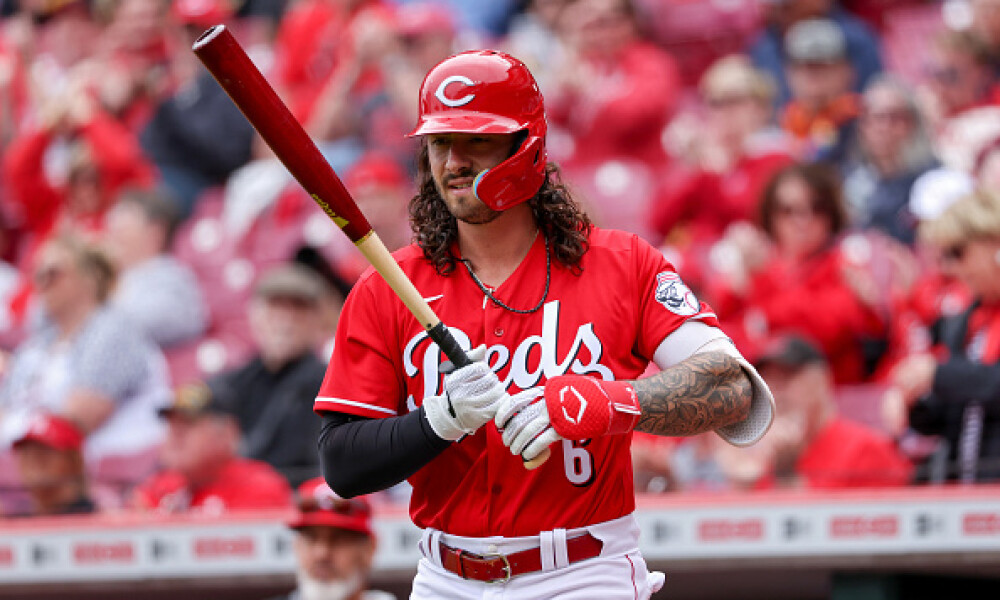 Welcome to the month of May in your fantasy baseball season. The teams have played a solid number of games, and you have a better idea if you drafted a good or bad team at this point. However, everything can always change with injuries. After the draft, injuries play the biggest role in those who win or lose a league. Working the waiver wire also comes into play, but injuries are often a big part of why you hit the wire. We have just over three weeks into the 2022 season and let’s take a look at guys who are hurting and those that are healing.

Jose Altuve, 2B, Houston Astros – Good news for fantasy players is that Altuve should be activated from the injured list on Monday. This wasn’t a long stay on the list for Altuve, and hopefully he is fully healthy and won’t re-injure the hamstring. He wasn’t off to a great start before he got hurt but you still absolutely have to put him back into your lineups the minute he is activated.

Shohei Ohtani – He left Sunday’s game with right groin tightness, but the initial report is that Ohtani plans to play on Monday. Of course, the player is always more optimistic about their ability to get back on the field, but there’s been no talk of the injured list or anything from the team. I won’t be surprised if he doesn’t return Monday, you can expect it to be Tuesday.

Cam Gallagher – This isn’t really about Gallagher who left Sunday’s game with a hamstring injury. It is that the Royals are going to call up one of their top prospects, M.J. Melendez to take his place. Melendez hasn’t been playing well at Triple-A this season, but Melendez absolutely raked it at Double-A last year with 41 home runs. Gallagher might be a good defensive catcher, but Melendez has a chance to be special. If he plays well right off the bat, perhaps he can overtake Gallagher on the depth chart.

Mike Clevinger – The Padres are going to activate Clevinger from the injured list in time to start Tuesday’s game against the Guardians. He has the stuff to be a top-20 pitcher, but this will be his first start since early 2020. You definitely have to keep expectations in check considering how long he was out. It is a good matchup against Cleveland, but he didn’t go deep into his last rehab start, so there’s a chance Clevinger doesn’t even last long enough to get a win. Going forward though he should definitely be in your lineups.

Robbie Grossman – The Tigers outfielder was hit on the hand on Sunday by Walker Buehler and was removed from the game. So far, the news is good as the x-rays came back negative which is a huge relief. However, the team has sent him for more testing, which is ominous for sure. It seems like there is still a good chance that he ends up on the injured list at some point soon and those of you in weekly lineup moves you might pivot to another option in your outfield.

Jonathan India – For the second time this season, the Reds put their keystone stud on the 10-day injured list with the hamstring problem. This is certainly not ideal as hamstring injuries tend to linger and are easy to injure again. I doubt he misses more than the 10 days it is still a concern that he has had this injury twice and you have to hope that this isn’t something that keeps coming back.

Mitch Haniger – The Mariners outfielder was placed on the injured list over the weekend with a high ankle sprain. They made the move retroactive to April 29th which usually signals that they are trying to shorten the injured list stay. However, I don’t see any way that this is a ten-day absence. He has a Grade 2 high ankle sprain which will likely require a minor league rehab stint. I don’t see any way that Haniger is back in two weeks, and I would expect this to perhaps keep him out for most of the month.

Bobby Witt Jr – The Royals rookie took a pitch in the wrist in Saturday’s game and then was scratched right before Sunday in an effort to get him a little rest. The fact that he wasn’t ruled out of this shortly after getting hit is great news. He was so close to playing on Sunday that I wouldn’t be surprised if he returned Monday or Tuesday at the latest. UPDATE: He is back in the lineup Monday.

Andrew Vaughn – The White Sox have been a regular part of this injury column in 2022 and the bug bit again on Friday when slugger Andrew Vaughn was hit on the hand by a pitch. He didn’t play Saturday or Sunday, but Manager Tony LaRussa said on Sunday that while it was still sore, Vaughn was eligible to pinch hit on Sunday. It looks like he is going to avoid a stint on the injured list and should be back Monday or Tuesday.

Kris Bryant – He had already missed some time with the back soreness and now Bryant was put on the injured list on April 29th. They made the move retroactive to April 26th, so there is a hope that this will be a minimal stay. Bryant hasn’t hit a home run this season, but if he rests and gets fully healthy, he will get on track with the power numbers we expected when he signed with Colorado.

Joc Pederson – The Giants outfielder has been missing in action since he was diagnosed with a Grade 1 adductor strain. The groin injury kept him out of both games over the weekend, but the fact he hasn't been put on the injured list is good news and perhaps he will be back in a couple of days.

Taijuan Walker – The Mets right-hander returned from the injured list on Sunday and didn’t allow an earned run over his five innings and only allowed two hits. He’s only started twice so far this year, but he hasn’t allowed an earned run yet. Walker is a very up and down pitcher but started the season very strong last year as well so get him back into your lineups and enjoy the ride.

Miguel Sanó – We haven’t gotten much information about the knee injury suffered by Miguel Sanó on Saturday, but it did keep him out of the game on Sunday and it was announced that he would be placed on the injured list on Monday. There is no timetable as of now for how long he will be out. However, he was hitting .093 on the season before the injury, so perhaps this could be doing you a favor.