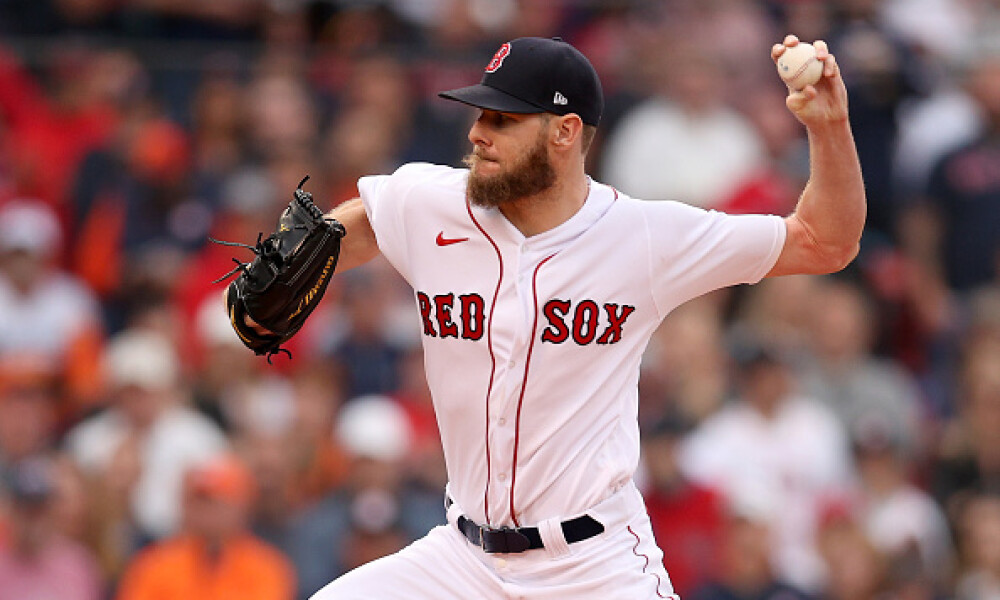 Welcome to the 2022 fantasy baseball season! We kick off MLB Opening Day on April 7th, but it sure was a crazy offseason and Spring Training. The MLB lockout caused a fractured offseason and, once it was lifted, the ramp-up happened at a breakneck speed. We found out right away that some stars like Fernando Tatis Jr. and Chris Sale would start the 2022 MLB season on the Injured List.

With an abbreviated Spring Training, some guys didn’t have enough time to get healthy while others suffered new injuries that could be attributed to the rushed exhibition season. As you get ready to set your fantasy baseball lineups for 2022 MLB Opening Day, let’s take a look at some of the good news and, perhaps, not-so-good news in the world of injuries.

There was little question that Chris Sale wouldn’t be ready to start the season in the Boston rotation, but we were still holding out hope that he wouldn’t miss an extended time. That hope ended Monday when the Red Sox put Sale on the 60-day injured list. The Sox appear to be exercising caution here as the latest MRI did have some improvement, but Sale is a huge piece of their team and he only threw 42.2 innings last season. They want to be sure their ace will be ready for the long haul whenever they do put him on the mound. He had a 5-1 record with 52 strikeouts over 42 innings and nine starts last season. Given his talent, you should do what you can to stash Sale on your fantasy roster if at all possible. The bottom three of the Red Sox rotation is now Rich Hill, Tanner Houck, and Michael Wacha. Even with a powerful Boston offense, none of them instill much confidence in me.

On the other side of the coin, it appears that Stephen Strasburg might not miss as much time as expected. The Nationals' ace tumbled badly in fantasy baseball drafts this spring after only starting seven total games over the last two seasons with a long injury history. Strasburg will not be joining his team for Opening Day against the New York Mets, but he is going to face live hitters at extended Spring Training while targeting an early May return. Strasburg was often taken outside of the top 100 starting pitchers in drafts this season, and it would be a major value if you can get even 20 starts of him.

As is customary in recent years, the New York Mets are littered all over injury reports. Just ask their fans, who will cry the blues about how no one can stay healthy. In fairness, they are kind of right – but still. Justin Vreeland gave you the bad news about Jacob deGrom in a recent article here, but there does appear to be good news on Max Scherzer. He threw a bullpen session on Tuesday and is in line to make his debut with his new team and his giant contract. Even better, he gets to face his old team right away vs. the Washington Nationals. Scherzer is one of the elite pitchers in fantasy baseball with a primo matchup in his first trip to the mound and should be a huge fantasy contributor throughout the season.

Like Stephen Strasburg, Jack Flaherty fell in fantasy baseball drafts in the second half of March as news of his shoulder injury continued to be both quiet and cloudy all spring. It also hasn’t helped his cause that he has been injured in parts of the last two seasons. However, the news does appear to be somewhat positive. While Flaherty was placed on the 10-day injured list by the Cardinals on Tuesday, he is expected to begin a throwing program soon and early optimism says he could be able to return in a few weeks barring any setbacks. Flaherty himself said last month that he has pitched through arm issues in the past, so perhaps what seemed like a long-term injury could only end up costing him a month.

This one might be included more for fun than it is about his injury. Ian Anderson left his final spring tune-up early with a blister on his big toe. However, the Braves' Twitter account reported the blister on his "great" toe – and of course, the internet went bananas with that. There is even a Twitter account for Ian’s toe, so check out @IanGreatToe if you want to join in on the fun. The exciting, young Braves pitcher should be ready for his first start without an issue, but Anderson's toe is still something to monitor.

We have some more positive news on injured starting pitchers. Zac Gallen was able to take the mound on Tuesday and allowed just one run with two strikeouts over 3.2 innings. The shoulder bursitis he was suffering from seemed like it might hold him out for a while, but now the injury appears less serious. Given that he hasn’t pitched much this spring, it is very unlikely that he takes his first turn through the pitching rotation. Considering some upcoming off days for the Arizona Diamondbacks, this is now shaping up to be a possible mid-April return for the super talented young pitcher.

Another pitcher that we had question marks coming into the season appears to have them answered. Zack Wheeler is going to pitch in a Minor League game on Thursday and is expected to throw 60 pitches. He is also expected to avoid the Injured list and start Philadelphia’s fifth game against the Mets. Given the amount of time that he missed this spring, I would not expect him to go deep into games his first time or two through the Phillies' rotation. Still, Wheeler appears ready to go and to build on last year’s huge success.

Mike Trout will be one of the most-watched players in fantasy baseball this season with all-World talent but struggles to stay healthy. He has also been running less in recent seasons as a way to try to keep him on the field more. Trout's current stomach bug is no big deal, but those who roster him are going to be annoyed any time he misses a game. He took batting practice Tuesday and is going to do some more work on Wednesday. Trout is trending towards being out there for Opening Day on Thursday against the Houston Astros as it’s going to take more than the squirts to keep him off the field this season!

Now here comes the bad news for the New York Mets. Taijuan Walker was crushed for six runs over 1.1 innings on Tuesday and complained that the knee he had surgery on in January was bothering him. On the positive, he did say that he plans on making his first start of the season. Still, we have to be concerned about an injury bothering him before a long season even starts – not to mention the way he unraveled at the end of 2021. You have to give him the benefit of the doubt that he is going to be okay, so don't cut ties with him yet. Walker should be on a very short leash, though, especially for those of you in leagues with limited Injured Reserve spots and/or shallow benches.

This is a bit of a minor one as the post-hype prospect left a game early on Saturday with a knee injury, but was able to get back on the field on Tuesday. With that, Alex Kirilloff leaves little doubt that he will be available for Minnesota on Opening Day. He didn’t carry over his Minor League success last season for the Twins, but the talent is still there. Kirilloff is due to hit towards the bottom of a lineup that improved this offseason. While there is some concern surrounding him, he is still someone I am watching for a breakout season.

He hasn’t played much over the last week with an ankle injury, but all reports are that Ke’Bryan Hayes will be in the Pirates' Opening Day lineup. Hayes was one of the darlings of the COVID-shortened 2020 season but took a significant step back last year while dealing with injuries. Having him questionable right off the bat isn’t the ideal way to start the season, but let’s face it, the long-term fortunes of your team do not rest on Ke’Bryan Hayes. If he is on your roster, and hopefully at corner infield or utility, you should be confident using him in the season’s opening days.

Mike Clevinger, SP, San Diego Padres – Mike Clevinger has made just eight combined starts in the last two years and is returning from Tommy John surgery. Still, there was some optimism coming into the season for Clevinger hopefully being healthy and pitching on a great offensive team in a favorable pitcher’s park. However, he was crushed for eight runs in his only spring start and now will need more time to get ready for the season with some knee pain on top of that. Clevinger is going to start the season on the Padres' injured list, so you will be able to stash him. It will be a tough call if you only have one or two IL spots if you will be able to stash him long. However, I am still feeling optimistic that Clevinger will be solid once he can return to the mound.