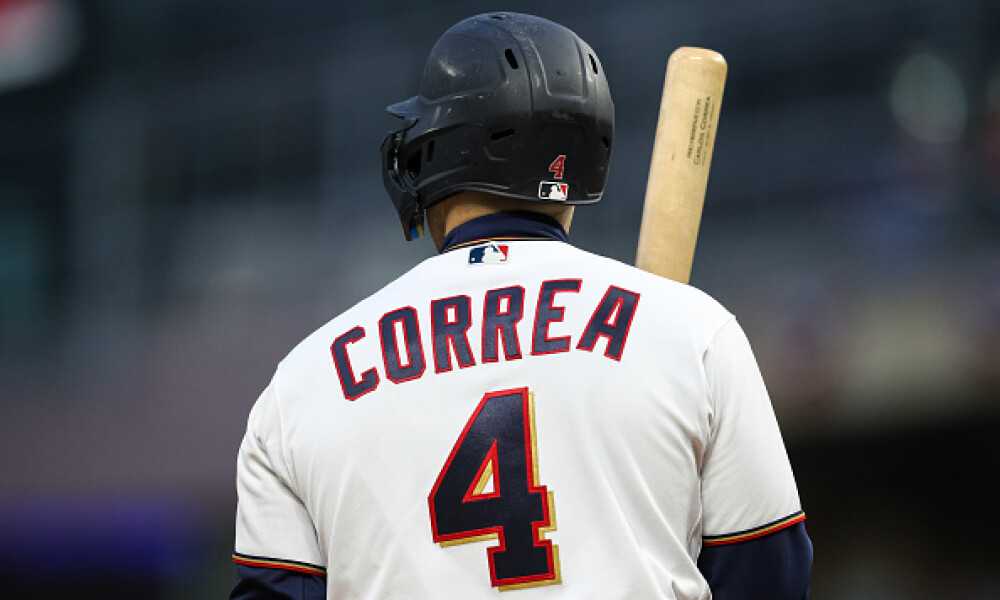 Tomorrow marks one month since the 2022 Major League Baseball season started and, of course, that means we are one month into our fantasy baseball leagues. Some of you are already very frustrated because the MLB players you took in your fantasy drafts have already been hitting the Injured List and showing up in these updates. Some have been lucky to this point and your teams have stayed relatively healthy and avoided x-rays, surgeries, and other injuries.

Remember to pair the reading of this MLB injury report with the waiver wire report by Ray Kuhn in order to help replace the guys that are injured. The top waiver adds include players like Rowdy Tellez and Drew Rasmussen. Plus, Howard Bender’s Daily Round Up is a must-read for you to catch up on the day’s news that you might have missed because of your job, family, or other things that distract us from paying attention to our fantasy baseball teams 24/7 as we would like! We have more positives in this MLB injury report than usual as we have several players on their way back from injury. However, one of the best shortstops in the league just suffered an injury on Thursday. So let’s take a look at the latest MLB injuries affecting your fantasy baseball teams.

The Twins shortstop was hit not once, but twice, on his right hand and had to leave the game on Thursday. The early news seems like Carlos Correa will avoid surgery, which would keep him out for an extended time. Still, the initial thought is that he has a non-displaced fracture of the middle finger on his right hand. He is undergoing a CT scan on Friday so, hopefully, we will know soon. Either way, this seems like a no-brainer that he is going to spend some time on the Injured List. Stay tuned to Monday’s update for more news on how long Correa might be out.

The Washington Nationals' designated hitter left Tuesday’s game with back tightness and did not play Wednesday or Thursday because of the injury. This could be cause for concern, seeing that Nelson Cruz is about 350 years old (or 41), but reports are that he is feeling better and could have pinch-hit if the situation arose on Thursday. This bodes very well for his return on Friday or Saturday at the latest. It certainly appears he will avoid the Injured List, so Cruz can stay in your fantasy lineups going forward.

Teoscar Hernández has been out of action since April 13th with an oblique injury, but it appears his return is near. Some thought he might be able to return on Thursday, but he stayed in the minors for another rehab game. The thought is he will be back in the lineup on Friday, although there’s an outside chance that it could be Saturday. Make the move on your roster now to get him off of the Injured List so you can put this slugging star back in your lineups as soon as possible.

The Philadelphia Phillies outfielder was hit on the wrist on Thursday against the Mets and came out of the game. While it didn’t look good, Nick Castellanos had an X-ray that came back negative. That is a huge sigh of relief for a guy who gives you great, consistent production. Now, it is possible that he does hit the Injured List and we will know more soon, but there’s a solid chance he is back in a couple of days or would miss just the ten days required with a trip to the IL. I would get Castellanos out of your Friday lineup, even if he does play, and hope that he returns to form this weekend.

The Reds are dealing with tons of injuries, but it looks like one player is returning soon. This update could have waited for the Monday injury report, but I want you to be ahead of the game. Reds manager David Bell has said that Luis Castillo is set to make his return from the Injured List on Monday to start against the Brewers. He was great in his last rehab start, not allowing a run and striking out seven over 4.1 innings. The bad news is that they will likely limit him some in his first start back, although he did throw 76 pitches in that last rehab outing. The other bad news is that he faces a strong Milwaukee offense. The good news, though, is he will come back to a two-start week and that second game is against the Pirates. If you have daily roster moves, I might sit him out for the Milwaukee game and then get him in against Pittsburgh. However, if you have weekly roster moves, he is worth the risk of that first game and I would slide him into your lineup for a two-start week.

Ramón Laureano's 80-game suspension for PED use will be over on Sunday and all reports are that he will be able to make his return then. He was dealing with some soreness but played in several Minor League rehab games without issue, and A's manager Mark Kotsay confirmed he is on track for Sunday. Some worry that his recent statistics might have been aided by his PED use and he might not be the same player. Personally, I believe in the guy and if he is on your waiver wire, I would run there to make the move and hope that he can get back to his 24-homer, 13-steal output of 2019.

The injury news just keeps coming for the Chicago White Sox as their slugging outfielder Andrew Vaughn lands on the 10-day Injured List with a bruised hand. He was hit by a pitch last week, but just wasn’t making enough progress to get on the field – and the Pale Hose needed the roster spot. The move was made retroactive to May 2 so, hopefully, this will be just another week before he's back in Chicago’s lineup and your own fantasy lineups – especially since he has four home runs early.

The Giants outfielder made a return to the lineup on Wednesday. Though he doesn’t have a hit in either of the two games since he came back, Joc Pederson should be back in your fantasy lineups for the weekend if your league allows weekend changes or daily roster moves. He definitely was playing over his head with six home runs in 19 games, but he still is a viable fantasy option no matter how many outfielders you use. He seems to be past the groin injury and can be re-inserted back into your fantasy outfield.

One of the nice surprise starts to the 2022 season is being slightly derailed as A’s lefty Cole Irvin is headed to the Injured List with shoulder soreness. There was a thought that he might try to pitch through it, but Oakland wisely puts him on the shelf for a couple of weeks in the hopes that he can heal and get right. He certainly isn’t a fireball strikeout master, but Irvin was pitching to an ERA under 3.00 and was a solid anchor to the back end of your fantasy baseball rotation. If you have a free IL spot, I would obviously stash him. If your roster is already in trouble, though, you probably have to let him go and hope you can pick him back up when he starts a rehab assignment. While he has been good so far, Irvin isn’t a guy you burn a roster spot on when injured.

Joey Wendle might not have been a guy you were thinking about during your fantasy drafts in March, but he was quietly having a nice start before he injured his hamstring – hitting .300 with four stolen bases. Though he didn’t get a hit in his return to Miami's lineup, he could be a guy who helps you stay competitive in roto leagues in the steals category without completely crushing you in other categories. That is if he stays healthy and can continue to run at anywhere near his current clip. He does hit towards the bottom of the lineup but should have the green light to run when he wants almost any time he is on base.